The Syrian Seed Bank That Keeps Going Despite The War

The seed bank in Tal Hadya continues to operate. Its refrigerated vaults remain powered, and a small number of Syrian staff are permitted by occupying rebels to maintain the facility.

The seed bank in Tal Hadya continues to operate. Its refrigerated vaults remain powered, and a small number of Syrian staff are permitted by occupying rebels to maintain the facility. 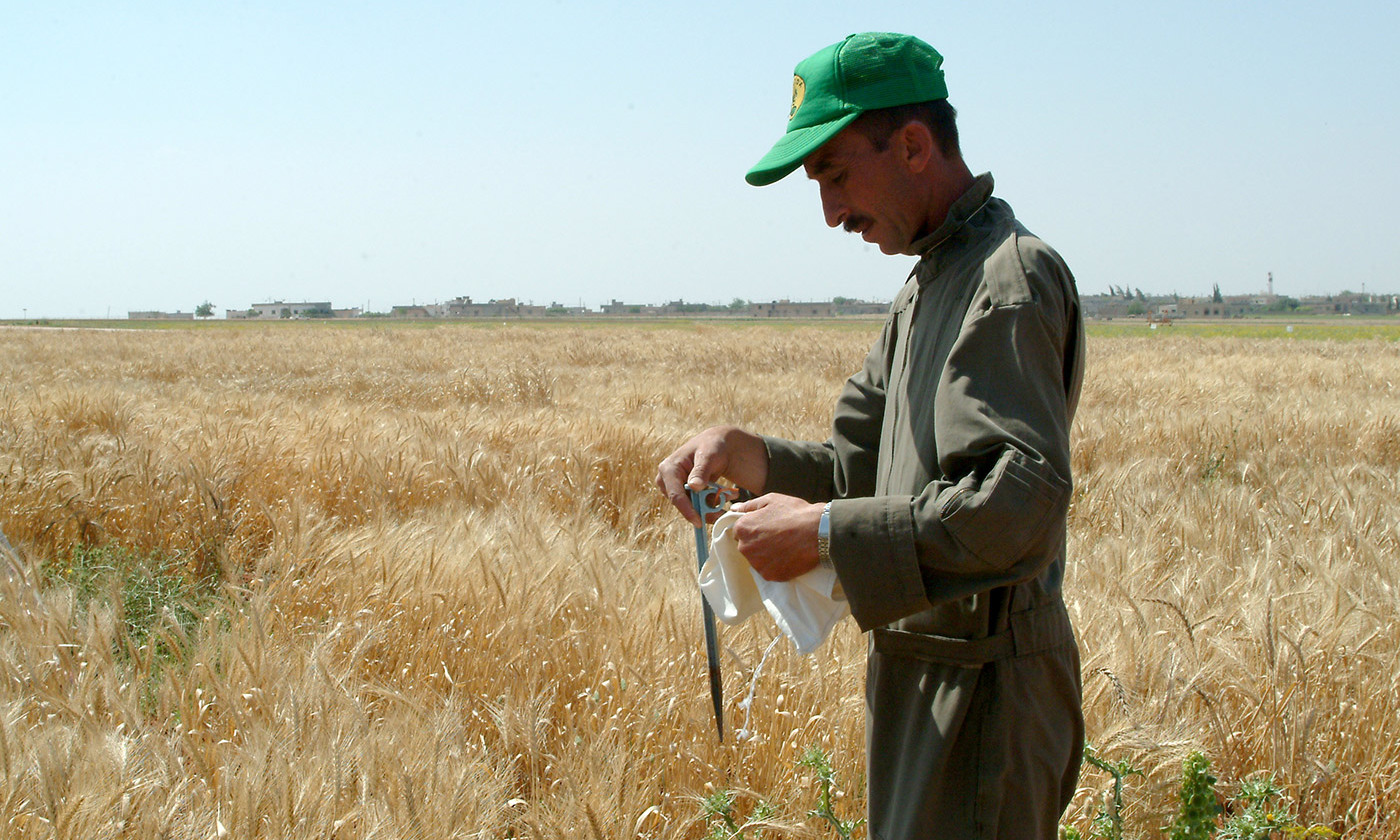 For more than four years, the headquarters of the International Center for Agricultural Research in the Dry Areas (ICARDA) in the Syrian town of Tal Hadya has been occupied by the anti-Assad groups Al-Nusra and Ahrar al-Sham. ICARDA is one of 15 major international agricultural research centres, and the site of a seed bank housing some 150,000 samples in temperature-controlled vaults.

Periodic bulletins have assured the public that ‘the seeds are safe’ in the midst of conflict, duplicated at seed banks outside the country. The Syrian war precipitated the first ever withdrawal from the subterranean seed vault at Svalbard in the North Pole last year when ICARDA staff requested previously deposited material to populate new seed bank facilities in Lebanon and Morocco.

Yet remarkably, while ancient archaeological sites are destroyed and Syrian people experience inconceivable loss, the seed bank in Tal Hadya continues to operate. Its refrigerated vaults remain powered, and a small number of Syrian staff are permitted by occupying rebels to maintain the facility. Why?

The answer illuminates what it takes to wage war in the 21st century. Even before conflict around Aleppo hastened the departure of foreign staff, the backup generators kicked in as the heat of the summer caused regular power outages throughout the region. With its specimens carefully preserved at -20 degrees Celsius, ICARDA’s seed bank cannot sustain any failures. The facility’s diesel-fuelled backup generators insulate it from the blackouts experienced elsewhere.

And these power outages are key to the seed bank’s survival. ICARDA is a state-of-the-art facility; but its utility to factions in the war is in large part as a power source. Occupying fighters use ICARDA to charge laptops and mobile phones, and some profit from the black market in fuel needed to power the generators.

But this isn’t enough of an explanation for the seed bank’s continued operation in wartime. While ICARDA ordered expat staff out of Syria, many native managers and technicians remained. They continued their work, negotiating daily passage to the facility to retrieve important data and check the operations of the seed bank. Meanwhile, the herbarium – a valuable collection consisting of 16,000 dried and pressed wild cereal and legume specimens from the fertile crescent region in Syria, Lebanon, Jordan, Turkey and Iran – was packed into dozens of metal filing cabinets and trucked to a safe house in Aleppo’s city centre. The survival of this unique collection remains uncertain.

Employees without the means to flee crisis have preserved the facility, at considerable risk to themselves. In this, they are like the staff of the Vavilov Research Institute in Russia who would rather starve during the Siege of Leningrad than consume or surrender the seeds they guarded.

ICARDA’s effort is itself a result of previous conflicts. In 2002, the American war in Afghanistan destroyed the national seed bank in Kabul, and looters completed the destruction unfinished by combat. ICARDA’s collection holds seeds salvaged from Iraq’s national seed bank in Abu Ghraib. These are among the collections duplicated in Svalbard.

Founded in 1977, ICARDA’s headquarters were originally in Lebanon, but the Lebanese civil war compelled Syria’s former president Hafez al-Assad to invite the seed bank to establish itself in Syria, hoping it would help the country increase crop yields. Forty years later, drought and increasing fuel prices plunged Syria’s agriculture into crisis, and Syrian farmers became some of the Assad regime’s fiercest opponents.

Observers applaud ICARDA staff for anticipating threats to its seed bank from conflict and other disasters. Indeed, since 1985, ICARDA has duplicated its collections in seed banks abroad, and made continuous use of regional facilities in Turkey, Lebanon and Morocco. Since 2008, ICARDA staff sent 116,475 additional samples to the Svalbard seed vault.

Despite such heroism, the occupation in Tal Hadya is a reminder of the limits of institutions conceived as safeguards against natural and human-made disaster. The intended failsafe for cryogenic conservation is Svalbard. This great passive house of cold storage represents the hope that, long past the failure of human energy systems, the ice caps will preserve biodiversity threatened by development and conflict.

Yet seed banks are not magic reservoirs that can restore ruined countries – much less ecologies – to prosperity. The destruction of Iraq’s seed bank in Abu Ghraib in 2003, and the subsequent domination of Iraqi agricultural reconstruction by US agribusiness interests, provides a cautionary tale. Here, destruction and reconstruction occurred over a decade rather than a millennium, transforming rural economies. When war ravages a country, the continuity of its agricultural systems is also destroyed. Farmers might keep their lives but lose land and seed stocks carefully stewarded for generations because they lack the resources for reconstruction.

By preserving agriculture’s deep past, seed banks allow the possibility of a future. But they don’t dictate the terms of that future. Governments, the agencies and NGOs that support them and the businesses with whom they work are the ones that decide agriculture’s future, including how to exploit preserved seed stocks.

In Syria, gargantuan energy systems created to preserve life have been repurposed to extinguish it. Perhaps the seeds are safe. We can admire those who saved them, and we can value seeds as artefacts of cultural heritage and ancient history – but we should not fetishise them at the expense of their cultivators who still lack safety, security and free passage from destruction.

Courtney Fullilove is assistant professor of history and affiliated faculty in the Science in Society programme and the College of the Environment at Wesleyan University in Connecticut.