The top court's Pahwa Plasticsis order is bound to have ripple effects given courts haven’t addressed violations of environmental law as the simple violation of laws but as an infringement of constitutional rights. 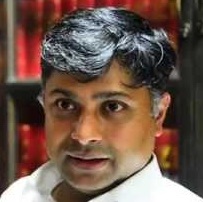 India’s courts have given new meaning and substance to environmental law, including through the ‘polluter pays’ and precautionary principles and the ‘public trust doctrine’. Newer ones such as ‘species best-interest standard’, ecocentrism and the environmental rule of law have also become part of the law of the land.

Judgments of the Supreme Court in particular are quoted by courts across the world for their bold and farsighted approach. Overall, India stands as a shining example of how a nation with 1.3 billion people, with millions below the poverty line, is still able to prioritise the environmental rule of law and protect its ecological riches.

However, judgements of the Supreme Court in Pahwa Plastics Pvt. Ltd. on March 22, 2022, and in Electrosteel Steels Ltd. of 2021 have together departed in significant ways from the court’s enviable track record, and mark a fundamental shift in the court’s approach towards environmental issues.

In June 2021, the National Green Tribunal (NGT) held that industrial units that manufacture synthetic organic chemicals – specifically, formaldehyde in the state of Haryana – were required by law to obtain environmental clearance from the Union environment ministry before commencing operations. The units were also required to prepare an environment impact assessment report and conduct a public hearing before the approval is granted (or not).

Since none of the units in question had a prior environmental clearance, the NGT found to be operating in violation of the law. Subsequently, the aggrieved industrial units approached the Supreme Court to challenge the tribunal’s decision. They argued that they were “bona fide under the impression” that they  were not required to obtain environmental clearance to manufacture formaldehyde and further that “it was thought that Environmental Clearance was not required for (the) units”.

Before the Supreme Court, the question of the relevant law, as stated in the judgement, is whether an establishment employing around 8,000 workers and which has been set up after receiving the ‘consent to establish’ and the ‘consent to operate’ from the proper statutory authority and which has applied for ex post facto environmental clearance can be closed pending issuance of the clearance – even though it may not release pollutants and/or may be found to comply with the required norms.

[Para 56] The manufacturing units of the Appellants appoint about 8,000 employees and have a huge annual turnover. An establishment contributing to the economy of the country and providing livelihood ought not to be closed down only on the ground of the technical irregularity of not obtaining prior Environmental Clearance irrespective of whether or not the unit actually causes pollution. …

[63] Ex post facto environmental clearance should not be granted routinely, but in exceptional circumstances taking into account all relevant environmental factors. …

At the heart of the judgement is the legality of post facto clearances. Note that this term does not exist either in the Environment (Protection) Act 1986 nor in the Environment Impact Assessment Notification 2006. It is a term that the executive introduced through a so-called ‘office memorandum’ – i.e. an order to regulate the working of the office. What exists in law is “prior environmental clearance” – i.e. an approval from statutory authorities before the commencement of work.

In the Pahwa Plastics case, the court categorically held that “post facto approval” is permissible under the law. A plain reading of the court’s conclusion shows that its main emphasis was on the industry’s “8,000 employees” and “huge annual turnover”, that it contributes to the “economy of the country” and provides “livelihoods”.

Further, a unit not obtaining prior approval as required under the law amounts to a  ‘technical irregularity’ – but according to the court, it’s a ‘technical irregularity’ even if the unit pollutes the environment. This conclusion is bound to have serious consequences on the environmental rule of law as well as on the right to life of the citizens, guaranteed under Article 21 of the Constitution.

Pahwa Plastics is also bound to have a ripple effect given the fact that, to date, courts haven’t addressed violations of environmental law as the straightforward violation of statutory laws but as an infringement of the constitutional right to clean air and water and balanced ecosystems.

This isn’t the first time the court legalised “post facto approvals”. Pahwa Plastics itself draws from the Supreme Court’s judgement in Electrosteels Steel Ltd. of 2021, which was also authored by Justice Banerjee.

In Electrosteel, a unit that had obtained environmental clearance had shifted its premises by nearly 5.3 km from the site for which it had obtained the clearance. Since these clearances are site-specific, and based on each site’s ecological parameters, the shift warranted a fresh clearance. But the court held otherwise:

[Para 82] The question is whether an establishment contributing to the economy of the country and providing livelihood to hundreds of people should be closed down for the technical irregularity of shifting its site without prior environmental clearance, without opportunity to the establishment to regularise its operation by obtaining the requisite clearances and permissions, even though the establishment may not otherwise be violating pollution laws, or the pollution, if any, can conveniently and effectively be checked. The answer has to be in the negative.

… ex post facto environmental clearance should not ordinarily be granted, and certainly not for the asking. At the same time ex post facto clearances and/or approvals and/or removal of technical irregularities in terms of Notifications under the 1986 Act cannot be declined with pedantic rigidity, oblivious of the consequences of stopping the operation of a running steel plant.

Interestingly, the Pahwa Plastics judgement uses many of the same turns of phrase as Electrosteel.

Further, the court also allowed decision-makers unfettered discretion. Specifically, while “ex post facto environmental clearance should not be granted routinely,” according to Pahwa Plastics, it can be granted in “exceptional circumstances”. These “circumstances” have not been defined, however.

The principal issue here is the court’s excessive reliance of late on the doctrine of proportionality. In Pahwa Plastics, the Supreme Court invoked the doctrine of proportionality to hold that closing an industrial unit would be disproportionate to the offence committed. That is, administrative action shouldn’t be more drastic than it ought to be to obtain the desired result. In other words, the court says, “don’t use a cannon to shoot down a sparrow”.

The question that arises is whether insisting on prior environmental clearance and requesting closure can be termed disproportionate. Clearly, once a law has clearly stated that prior environmental clearance has to be sought, it means every project proponent has to seek approval in advance and that any deviation from this procedure has to be regarded as a deliberate act of illegality.

But the Supreme Court’s conclusion that such a violation is a mere “technical irregularity” is deeply disturbing: it implies that compliance with environmental law is discretionary, not mandatory.

Both Pahwa Plastics and Electrosteel are problematic for another reason: they address environmental issues within the narrow lens of pollution. The Supreme Court repeatedly said the reason to allow the implicated industries some leeway is because they are not polluting and that they comply with environmental laws. But environmental law is not only about pollution: it is about where industrial units are located, their cumulative impact, the carrying capacity of their environment and, importantly, the views and concerns of the affected people.

Yet if we abide by the legal principles espoused by these two judgments, we may find ourselves at liberty to erect a large plastic-making enterprise in the middle of Lutyens Delhi without an environmental clearance, on the grounds that the facility would be non-polluting, comply with environmental laws in future, and employ a thousand people.

Like most judgments pertaining to our environmental laws, Pahwa Plastics liberally refers to the 1972 Stockholm declaration as well as to the principles of sustainable development. Unfortunately, these two entities carry little meaning if we are not also serious about implementing our laws.

Put another way, it is important for the court to consider violations of environmental laws as more than “technical irregularities,” and in fact as crimes against humanity and nature, and as a violation of constitutionally guaranteed rights. If it doesn’t, Pahwa Plastics will mark the day India’s position as a world’s leader in environmental law went from ‘vulnerable’ to ‘endangered’.