Speed up Clearances for Ports: Parliament Panel to Environment Ministry

It also asked the shipping ministry and environment ministry to streamline environmental monitoring procedures, which currently differ in states, to ensure the smooth operations of ports.

Stating that the development of port infrastructure is necessary to the economic health of the nation, a parliamentary committee has asked the environment ministry to speed up the environmental clearance process to “ensure that ports are getting necessary clearances without hindrances”.

It also noted that “recurrent oil spills are a cause of concern for the flora and fauna” and asked the Union Ministry of Shipping to ensure that the ports have set guidelines to prevent incidents of oil spills and take steps to clean them.

The issue was discussed by the Parliamentary Standing Committee on Transport, Tourism and Culture led by All India Trinamool Congress (AITC) leader Derek O’Brien in its recent report ‘Cargo handling at the major ports’ which was presented in parliament in December 2018.

Ports are major trade hubs and countries are extensively investing  in port facilities and improving efficiency in port operations and management to ensure increased economic activity at the ports.

India too has ambitious plans for development of new ports which include measures like augmentation of existing facilities, mechanisation of ports, purchasing of modern cargo handling equipment and improvement in logistics, said the report.

In India, around 5,700 km of coastline is along the mainland where the major ports, wholly owned by the Indian government, are located. Their primary function is cargo handling.

Experts, however, feel that the environment ministry is already giving fast clearances.

“Given the nature of Indian coast’s vulnerabilities, detailed studies are needed before any project is approved otherwise we are in for a disaster. Ports are very sensitive and need in-depth studies … We cannot give faster clearances as already the ministry is giving fast clearances,” he emphasised. 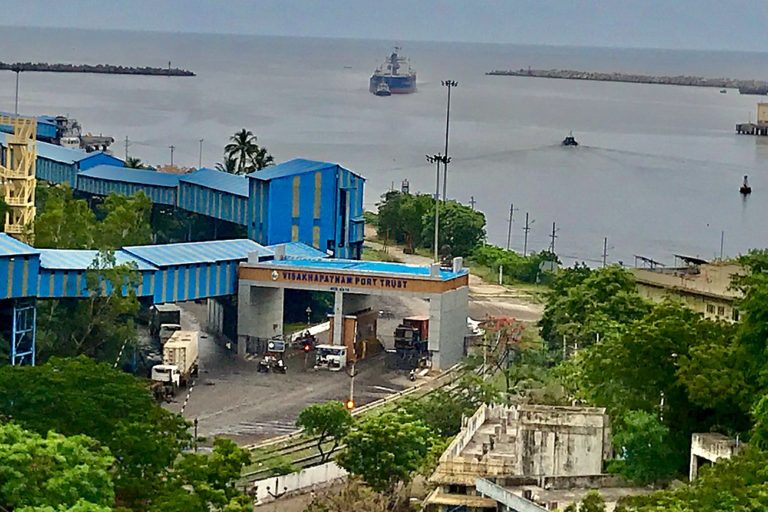 India has a vast coastline and has nearly a dozen major ports. Credit: Wikimedia Commons

The committee in its report noted that given the significant relation between trade and Gross Domestic Product (GDP) growth, ports need to ensure capacity expansion in keeping with cargo growth but “capacity growth at Indian ports has not kept pace with cargo growth.”

In meetings with port chairpersons on environmental issues impacting port development, the committee was informed about “various impediments faced by the major ports in developing and expanding port activities and its infrastructure due to various policy measures which are regulated by the Coastal Regulatory Zone (CRZ) and the National Green Tribunal (NGT)”. Infrastructure augmentation and development at ports requires CRZ/environmental clearances and the ports have been obtaining these clearances for their projects.

But an NGT order in November 2017 apparently impacted some of the plans as it directed that environmental clearance for coastal infrastructure projects would not be granted until states submit their Coastal Zone Management Plans (CZMP) to the Ministry of Environment, Forest & Climate Change (MoEFCC).

The Union Ministry of Shipping told the committee that the NGT order “can pose as great obstacles in the case of port projects which are on the verge of acquiring environmental clearance” adding that many of the proposed projects fall in coastal regulation zones where such development is permitted and “a blanket restriction may not be advisable as delays lead to time and cost overruns particularly for PPP (public-private partnerships) projects where there is a danger of the PPP operator abandoning the project.”

The shipping ministry informed the committee that it has collated a list of 25 ports projects which would adversely get affected as a result of the NGT order.

“Steps need to be taken to obviate the adverse impact of the order of NGT on the port projects pending approval of the CZMP of the states by the MoEFCC,” noted the committee, highlighting that the development of port infrastructure is necessary to the economic health of the nation. 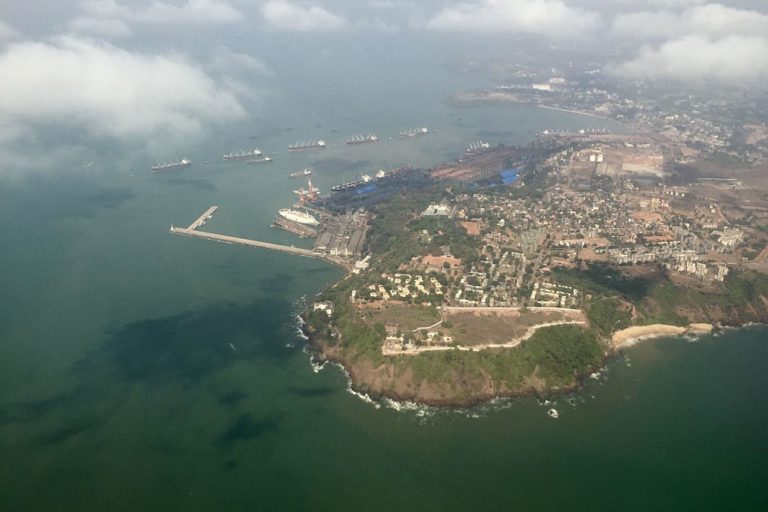 Capacity of India’s major ports is expected to substantially increase in the next few years. Credit: Trinidade/Wikimedia Commons

Speed up environment clearances to ports

The committee recommended that the stages for granting environmental clearance should be “speeded up to ensure that ports are getting necessary clearances without hindrances”. “Given the development in science and technology, effective solutions can be found for the developmental needs of the ports,” the committee said.

It recommended that the environment ministry and the shipping ministry must ensure that the states/ union territories prioritise the CZMPs and submit their plans to avoid further economic loss due to policy-related delays that can be avoided.

Expressing concern about the coastal ecosystems, the committee noted that the issue of coastal regulation is an “important and sensitive issue and much thought and consideration must be put into it” as India’s coastal ecosystems provide protection from natural disasters such as floods and tsunamis to the 250 million people who live in the coastal areas. It added that “coastal infrastructure projects involving wetlands include various players whose interests will be affected in one way or another.” 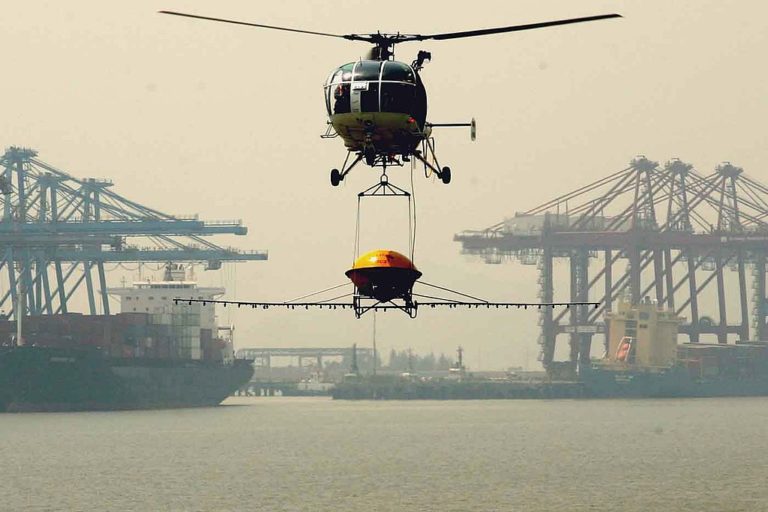 The committee asked government to prevent oil spills and ensure their clean-up when they occur. Credit: Press Information Bureau/Wikimedia Commons

The committee’s report also noted an absence of a uniform process for enforcement of environmental compliance in ports by the state pollution control boards (SPCBs) which have caused projects to to stalled or shut down, situations that could have been avoided had there been set guidelines. It recommended that the shipping ministry must coordinate with the concerned states, the respective SPCBs and the environment ministry to formulate a set of procedures that are largely uniform across all the states while keeping room for modifications according to the special requirements that are state or region specific.

The parliamentary committee also noted that it is the responsibility of the port authorities and the shipping ministry by extension to “nurture and preserve the environment”.

“The recent reports of recurrent oil spills are a cause of concern for the flora and fauna and the environment in general,” said the committee while recommending that the shipping ministry must ensure that the ports have set guidelines to prevent incidents of oil spills in the future and steps must be taken to ensure that the oil spills are cleaned up.

“Promotion of eco- friendly business is the need of the hour and must be considered an important parameter when considering the annual performance of a port. This must also extend to the private and small ports as well, as a matter of policy,” the committee noted.