'Sorry, This Is an Emergency': Climate Protestors Block Streets Around the World 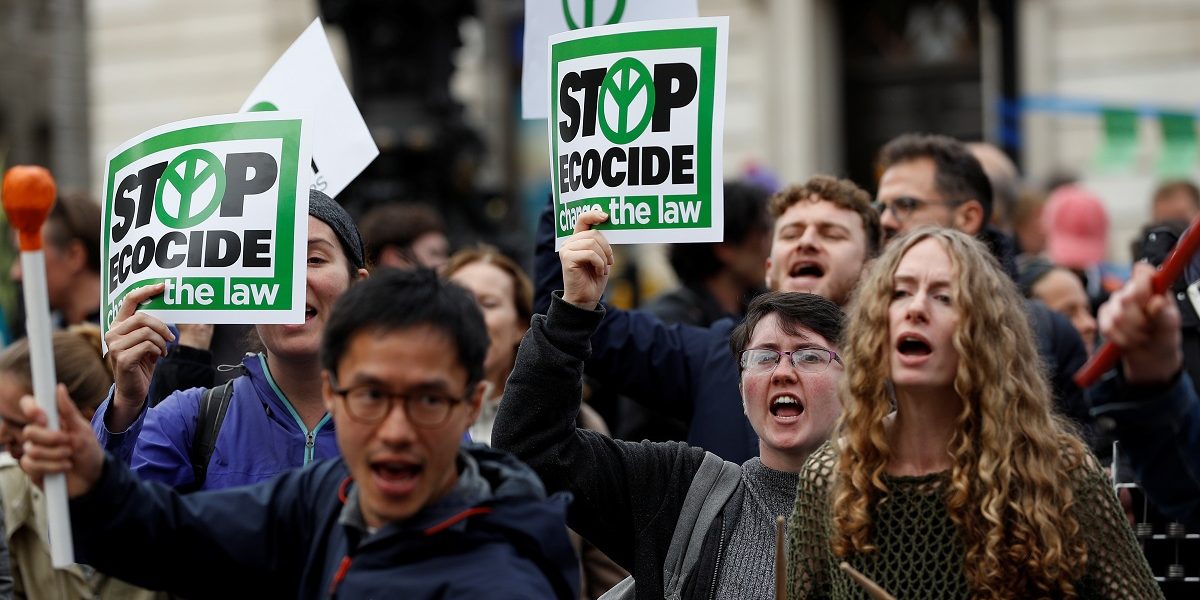 London: Thousands of climate change protestors took to the streets in cities around the world on Monday, launching two weeks of peaceful civil disobedience to demand immediate action to cut carbon emissions and avert an ecological disaster.

In London, police arrested 276 activists from the Extinction Rebellion group as they blocked bridges and roads in the city centre, and glued themselves to cars, while protesters in Berlin halted traffic at the Victory Column roundabout.

Dutch police stepped in to arrest more than 100 climate activists blocking a street in front of the country’s national museum and there were similar protests in Austria, Australia, France, Spain and New Zealand.

“SORRY that we blocked the road, but this is an emergency,” declared placards held by activists in Amsterdam.

In New York’s financial district, protesters spattered the Wall Street Bull and themselves with fake blood and lay prone around the sculpture to evoke their fears of a deadly environmental catastrophe. 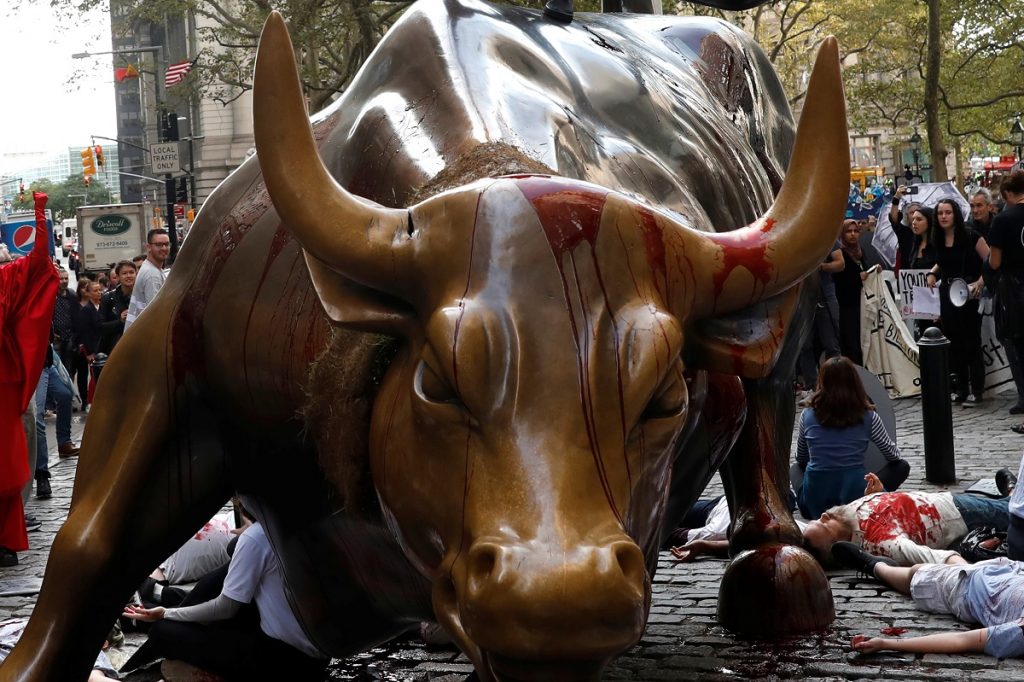 The protests are the latest stage in a global campaign for tougher and swifter steps against climate change coordinated by Extinction Rebellion, which rose to prominence in April when it snarled traffic in central London for 11 days.

Last month, millions of young people flooded onto the streets of cities around the world, inspired to take action by 16-year-old Swedish activist Greta Thunberg.

Extinction Rebellion says it expects peaceful protests over the next two weeks in more than 60 cities from New Delhi to New York calling on governments to reduce greenhouse gas emissions to net zero by 2025 and halt a loss of biodiversity.

Banging drums and chanting, protesters in London took over Trafalgar Square and marched down the Mall, the avenue that leads to Buckingham Palace. They carried banners with slogans including “Climate change denies our children a future unless we act now”. 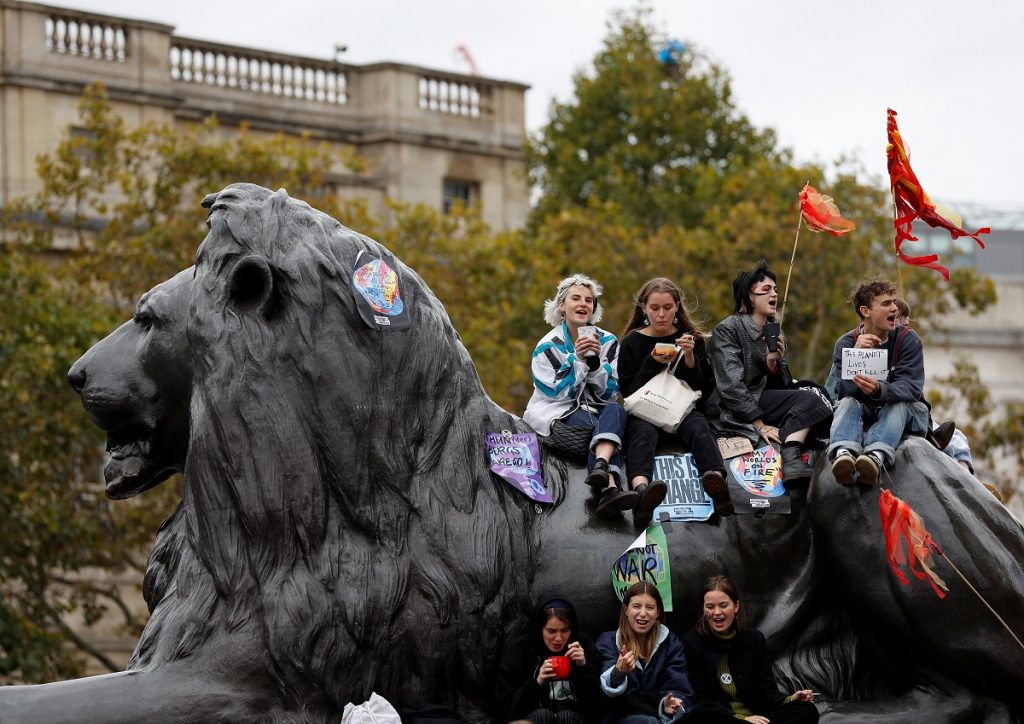 “We’re here because the government is not doing enough on the climate emergency,” protester Lizzy Mansfield said. “We only get one planet and so we’re here to try and defend it.”

Police chiefs said last week they would mobilise thousands of officers to handle the protests in London and that anyone who broke the law, even as part of non-violent civil disobedience, would be arrested.

On Saturday, officers used a battering ram to enter a building in south London where activists had been storing materials to use during the protests. Eight people were arrested during the raid. 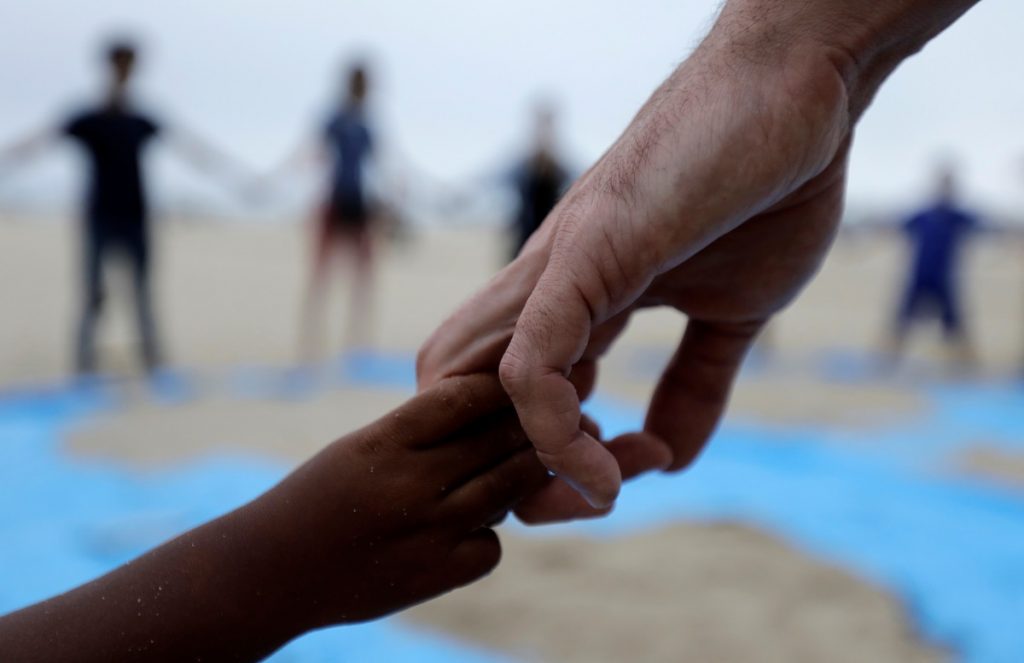 Defying almost freezing temperatures in Berlin, activists singing “Solid as a rock, rooted as a tree” gathered at dawn at the Victory Column roundabout near Tiergarten park.

At sunrise, some were sleeping in insulated bags in the middle of the roundabout as police on motorbikes drove by. No arrests were made and the protest remained peaceful.

Police blocked the five avenues that converge on the roundabout to stop cars and buses reaching the demonstration, as this would have resulted in traffic chaos during rush hour.

By midday, the protest had swelled to 4,000 people, a policeman said, and a second main roundabout was also blocked by activists sitting in the middle of the road. 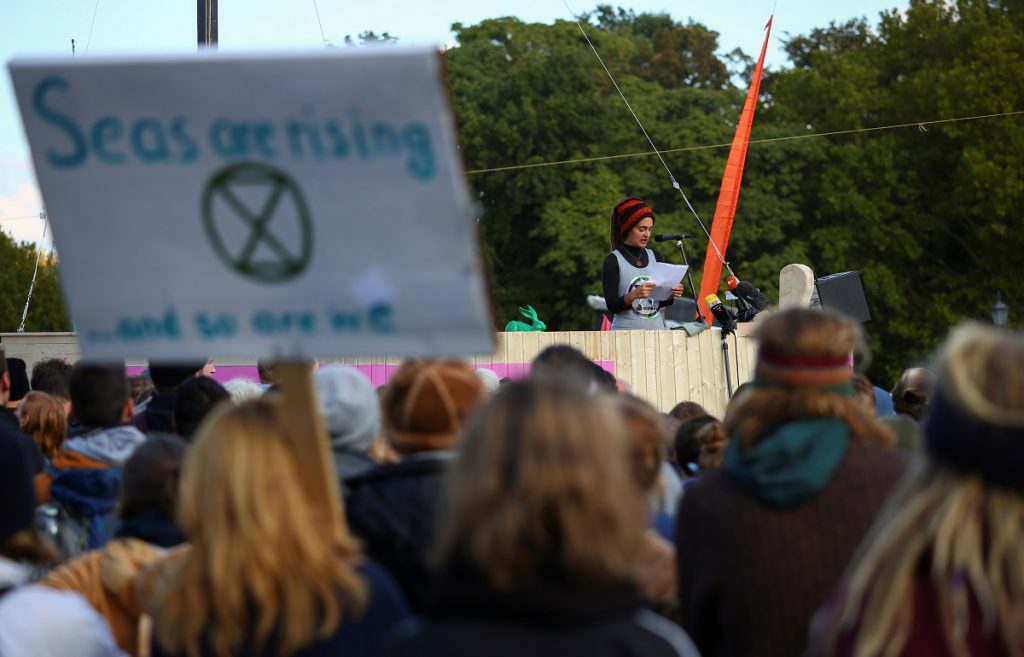 Police began removing chanting protesters from Berlin’s Potsdamer Platz later in the day after they had occupied the central artery for much of the day, singing, making speeches and fashioning a makeshift camp out of salvaged armchairs and tents.

The rallies came as German Chancellor Angela Merkel defended climate protection measures her government is due to approve on Wednesday but which critics have condemned as unambitious.

In Amsterdam, police were lining up empty city buses to take the arrested demonstrators away as they tried to clear a major thoroughfare in the afternoon.

“The climate crisis is not being taken seriously enough by politics, and also not by the companies. That’s why I joined,” said one demonstrator, who gave his name as Christiaan. 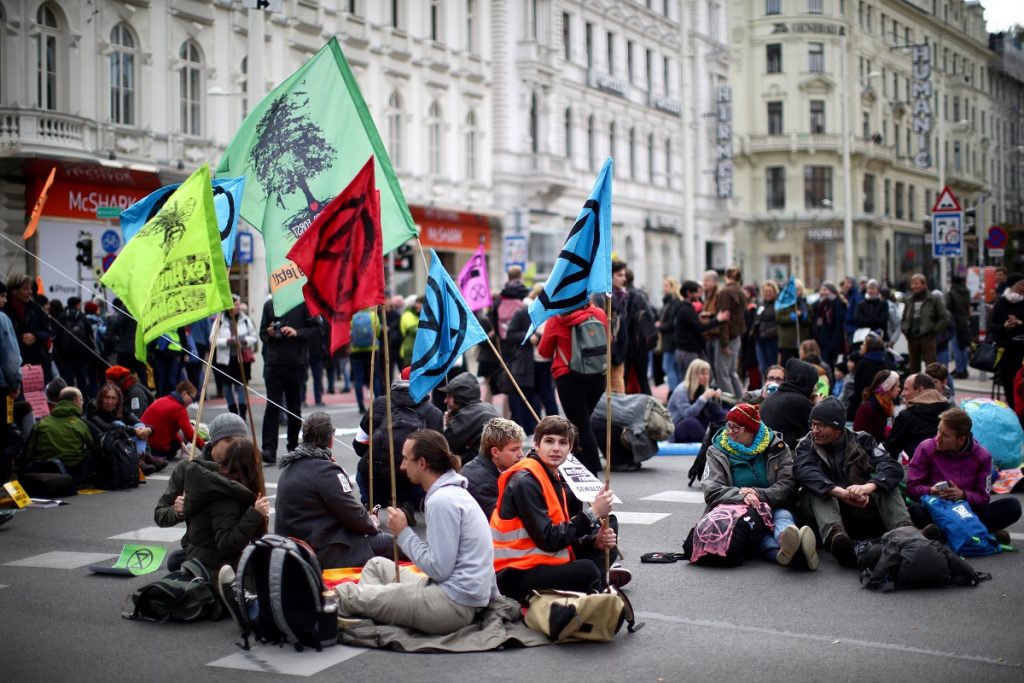 Meanwhile activists in London, some wearing yellow safety helmets with “Rebel at Work” painted on the side, glued or chained themselves to cars parked in the middle of roads or to street lamps, making it hard for police officers to detain them.

“We are out of time, there is none left, we have to act now,” said a protester called Benjamin.

In central Paris, dozens of Extinction Rebellion activists blocked a street and bridge in the Chatelet district. They also built temporary shelters or held impromptu concerts and workshops in a good-natured atmosphere. 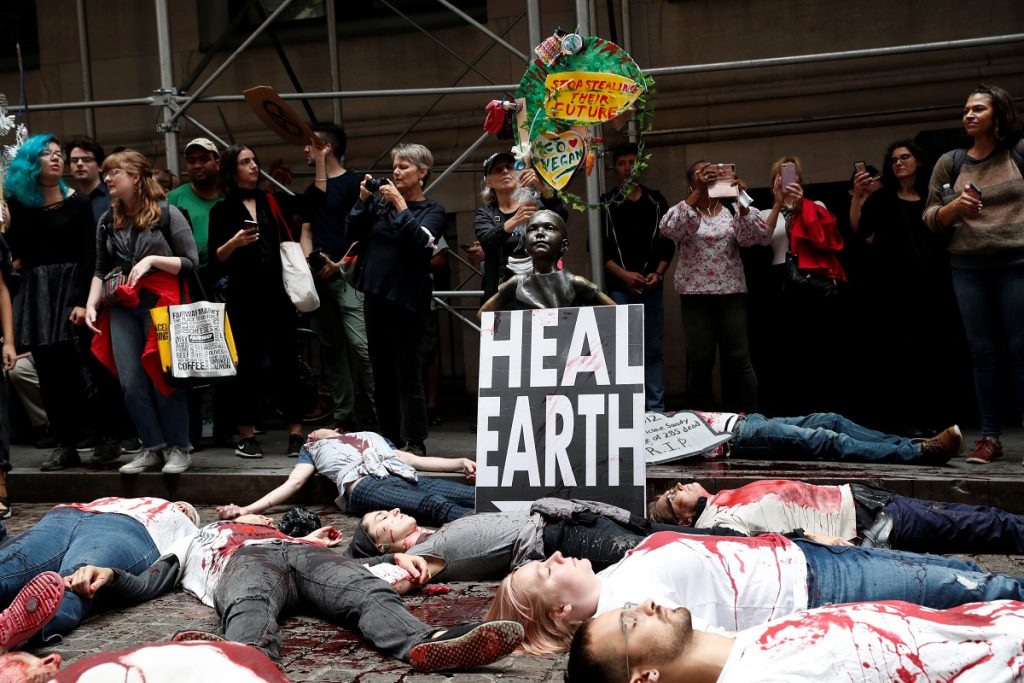 “This is clearly non-violent, it is human, we are not here with guns, we are here as human beings,” protester Francoise Loiseau said.

With events like extreme weather, thawing permafrost and a sea-level rise unfolding much faster than expected, scientists say the urgency of the climate crisis has intensified since the signing in 2015 of the Paris accord on curbing global warming.

Nearly 70 countries announced plans at a UN climate action summit last month to beef up their Paris pledges, but most major economies including the US and China failed to announce stronger new measures.