After performing the first-ever range-wide genetic survey of snow leopards, researchers determined that there are three primary subspecies of the big cat. 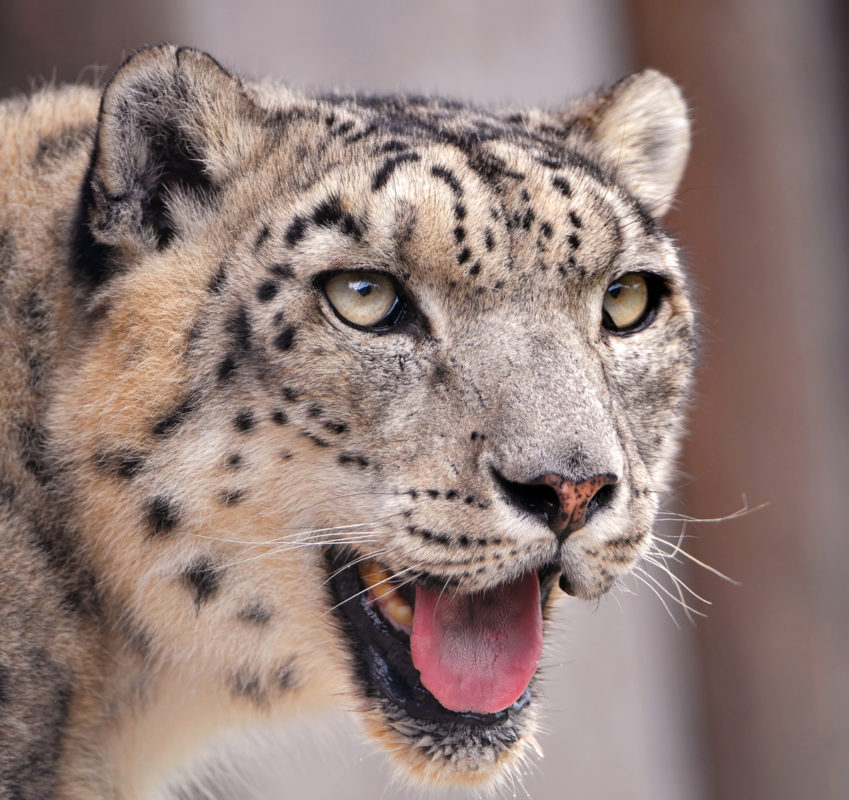 After performing the first-ever range-wide genetic survey of snow leopards, researchers determined that there are three primary subspecies of the big cat.

New research published in the Journal of Heredity suggests that there are three subspecies of snow leopard, which researchers say could create new conservation opportunities for the elusive species that inhabits remote, high-altitude habitat across Central and South Asia.

All snow leopards were believed to belong to one monotypic species, Panthera uncia, prior to the present study. Though the cats’ range is immense, extending across 1.6 million square kilometers (more than 600,000 square miles) and 12 Asian countries, while also being largely inaccessible to humans, as it includes some of the highest and coldest mountain ranges in the world, hunting and poaching still pose such a serious threat to snow leopards that an estimated population of just 3,500 to 7,000 individuals remains in the wild today.

Because of the forbidding terrain they call home, snow leopards are the last of the big cat species – which also includes jaguars, leopards, lions, and tigers – to have been subjected to a subspecies assessment. A research team led by Dr Jan E. Janecka, a professor of biological science at Duquesne University in Pittsburgh, PA, conducted the first range-wide genetic assessment of snow leopards by analysing the DNA in scat samples collected on wildlife trails and other areas frequented by the cats.

The researchers also discovered, based on their DNA analysis, that snow leopards experienced what’s called a “genetic bottleneck” or “population bottleneck” about 8,000 years ago, meaning their population size and genetic diversity were greatly reduced at a time when the Tibetan Plateau was significantly warmer and the tree-line was shifting to higher elevations. This finding might suggest that snow leopards are particularly sensitive to climate change, the researchers said.

The snow leopard is listed as Endangered on the IUCN Red List.

Because about 40% of the species’ global range straddles international borders, snow leopard conservation requires collaboration between multiple countries. In fact, the range for each of the three new snow leopard subspecies proposed by Janecka and team crosses at least one border, demonstrating the need for international cooperation to protect the cats, the researchers added.

The 12 countries that contain some part of the snow leopard’s global range – Afghanistan, Bhutan, China, India, Kazakhstan, Kyrgyzstan, Mongolia, Nepal, Pakistan, Russia, Tajikistan, and Uzbekistan – have already created an initiative called the Global Snow Leopard & Ecosystem Protection Program (GSLEP), with the goal of protecting 20 landscapes by 2020, each of which is meant to be capable of harboring at least 100 breeding pairs of snow leopards.

While their work will help scientists to better understand snow leopard evolution and ecology, Janecka and team say that they hope it will also aid GSLEP in conferring protected status on key areas of the cat’s range as quickly as possible and implementing other conservation measures that take into account the genetic distinctness of the three subspecies.

According to Rodney Jackson, founder and director of the Snow Leopard Conservancy in Sonoma, California and a co-author of the study, the “results from our genetics study help us better understand how snow leopard populations are connected and could benefit from strategically-targeted conservation actions to ensure continued genetic interchange.”

Mike Gaworecki is a journalist based in Brooklyn, NY. He has covered environmental science, forests, and climate issues for over a decade. His writing has appeared in The Guardian, Pacific Standard, BillMoyers.com, Alternet, Treehugger, and more. Mike started writing for Mongabay as a contributor on forests in 2014 and joined the staff in September 2015.