China, however, denied any role in muddying the waters of the river. 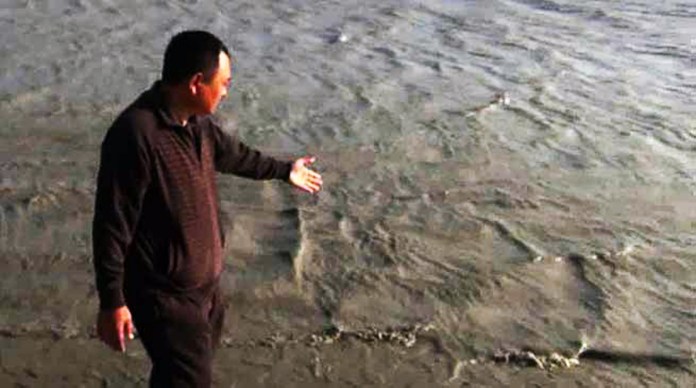 New Delhi: The water of Arunachal Pradesh’s river Siang has turned muddy in the last two months at the point where it enters India from Tibet. The change in the colour of the water, which was first noticed near Geling in the northeastern state’s Upper Siang district, has triggered many local residents and conscious citizens to suspect a ‘Chinese hand’ in it.

Siang flows about 1,600 kilometres as Tsangpo river through the Tibet plateau before entering India in Arunachal Pradesh. The river becomes Brahmaputra after it flows into Assam near Sadiya. As per media reports from Guwahati, the waters of Brahmaputra in some places are also beginning to turn muddy, firming up the suspicion that China may have begun construction upstream.

In October this year, a report in the Hong Kong based South China Morning Post said, “Chinese engineers are testing techniques that could be used to build a 1,000 km long tunnel – the world’s longest – to divert water from the Brahmaputra river in Tibet close to Arunachal Pradesh to the parched Xinjiang region.”

China, however, denied the report, terming it “false, untrue”.

Responding to Indian media reports, on December 2, China denied any role in muddying the waters of Siang.

“South Tibet is the territory of China, which has the duty to preserve local environment… India should not point its finger at China on hydrological issues to incite anti-China sentiment, which cannot help repair the ties of the two countries,” the state-owned The Global Times said in a report quoting Chinese analysts.

The alleged ‘Chinese hand’ was reportedly first hinted by former Union minister and Congress MP from Arunachal Pradesh, Ninong Ering, in a letter to Prime Minister Narendra Modi in November. In the letter, he mentioned the unusually low level of the water, pointing out that the situation has not improved for weeks together, and that the river is “usually crystal clear” post monsoon showers. Ering also placed the issue under Rule 377 for a discussion in the parliament.

“Since the House is not in session, I am requesting you to use your good office to seek the reason for the river turning muddy in this season, when the water is usually crystal clear,” Ering wrote to the prime minister.

Arunachal Pradesh chief minister Pema Khandu paid a visit to the river near Yingkiong in East Siang district on December 2 and asked the local administration to file a detailed report on the situation. In a tweet later that day, tagging the prime minister’s office, the Bharatiya Janata Party’s official handle, external affairs minister Sushma Swaraj and the Union Ministry of Environment, Khandu wrote, “Inspected the Siang river today near Yingkiong, whose water has turned muddy and black – making it unfit for drinking and aquatic life. Have asked the local administration to furnish detailed report on the situation.”

Inspected the Siang river today near Yingkiong, whose water has turned muddy and black – making it unfit for drinking and aquatic life. Have asked the local administration to furnish detailed report on the situation. @PMOIndia @BJP4India @moefcc @MEAIndia @SushmaSwaraj pic.twitter.com/4OdUUinuD7

Media reports quoting laboratory test results of samples taken from the Siang by the state water quality testing laboratory in Itanagar mentioned high turbidity in it. The report said, “A high turbidity level of more than 425 NTU, if exposed for a long period, may affect fish survivability as it leads to choking of gills resulting in death.”

Importantly, the Daying Ering memorial wildlife sanctuary, situated between Siang and its tributary Sibia, witnesses many migratory birds at this time of the year. Divisional forest officer (wildlife) of the sanctuary R. Riba told local media that the number of sightings of migratory birds has been lower this year. It is believed that the birds have avoided the sanctuary as they are unable to spot fish in the muddy waters.

Many buffaloes have allegedly died after drinking the river water in the downstream areas.

Responding to the developments, Arjun Ram Meghwal, Union minister of state for water resources, river development and Ganga rejuvenation, said on December 3 that it could be due to an earthquake that shook Tibet on November 17. “There is a strong possibility that the colour of the river’s water has changed due to natural reasons,” the minister reportedly said.

In a letter to the minister, Ering has termed the reason “completely absurd”.