But as anthropogenic pressures on them increase, we lose opportunities to understand these remarkable animals in ways that we cannot imagine. 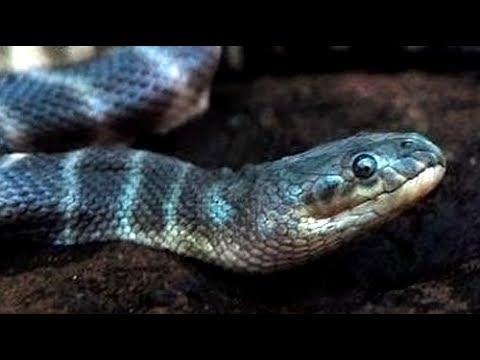 Chetan Rao is a research assistant at the Dakshin Foundation, Bengaluru, with a research focus on the ecology of reptiles, particularly snakes.

“Ek milala aahe [we’ve got one],” says Santosh in Marathi as he points at his net. I am looking at the animal of my research interest, a sea snake. This one in particular is called the beaked sea snake (Hydrophis schistosus). Santosh, like the other fishermen, has been helping me find this elusive animal.

My tryst with sea snakes began a year ago, when we chose the coastal fishing town of Malvan, Maharashtra, for fieldwork. Our study was a collaboration between the Dakshin Foundation, Bengaluru, and the Maharashtra State Forest Department under the UNDP-GoI-GEF Sindhudurg project. It was to investigate the by-catch of sea snakes during regular fishing operations.

Areas around Malvan have beautiful seascapes pocked with large mangrove tracts, rivers and even corals in some places. The place also witnesses a lot of fishing with vessels, which unintentionally catch sea snakes in sizeable numbers. The Indian coastline is 7,500 km long, with amazing diversity in marine habitats. These habitats harbour between 22 and 25 species of these marine serpents. However, our year-long study revealed two species of sea snakes that frequently get caught in fishing nets in Malvan: the beaked sea snake (H. schistosus) and the spine-bellied sea snake (Hydrophis curtus). These findings match with studies conducted along the Goan coast in 2003 and 2009. However, few individuals of the spine-bellied sea snake were found in our study. They seemed to die frequently when caught in the nets, which is likely resulting in a declining population because they seemed to predominate the catch 10 years ago.

These two species are widespread, their habitats ranging from East Africa to Australia, with interesting life histories. Most of their time is spent underwater foraging for their favourite food: fish, including those prized by humans for their commercial value, like sardines, groupers and sole fishes. The beaked sea snake is a habitat generalist: it inhabits mangrove forests and is also found upstream of rivers. On the other hand, the spine-bellied sea snake is a dietary generalist, rarely venturing out of the sea but remaining close to the shoreline.

Being predators, they feed on various herbivorous marine fauna and control their populations, thus preventing plankton from being over-consumed. This way, the ecosystem remains in good health. If all the fish consumed plankton without such controls, the ecosystem might crash, adversely affecting fishermen because they would be faced with depleted fish stocks. Sea snakes feed on a wide range of marine prey, from large moray eels to fish eggs.

If you think snakes lived only on land, think again. Life has come a full circle for a particular group of snakes that call the ocean their home. This is intriguing because sea snakes diversified mostly within the Indian Ocean; only one species moved over to the Pacific. Three major families of snakes inhabit marine ecosystems from the Persian Gulf to Australia: the Homalopsidae, Acrochordidae and Elapidae. Sea snakes fall within the Elapidae family, under two subfamilies: Laticaudinae and Hydrophiinae. The Laticaudinae are the sea kraits while the Hydrophiinae are considered to be the ‘true’ sea snakes because their entire life is spent underwater. Sea kraits are egg-laying and frequently come on land to find a mate, rest or find a nesting site.

Studies have revealed fascinating insights into their biology and adaptation to sea life. These animals are marvellous engineers and have undergone some remarkable physical adaptations to survive under water. Sea snakes possess an elongated lung, flat oar-shaped tails, subcutaneous respiration (they breathe through their skin like amphibians) and scales that have tiny structures called sensory sensilla to help them feel their environment.

A team of researchers from the school of biological sciences at the University of Adelaide found in 2013 that sea snakes are a rapidly evolving group of marine snakes. Their ancestral source was Australasian, and the ancestor is thought to have first appeared around 6.9 million years ago.

Sea snakes seem to have undergone rapid speciation to become extremely diverse within a short span of time. There are about 75 known species reported from a region that scientists call the Indo-Australian archipelago, a marine biodiversity hotspot. A bulk of this diversity occurs in Southeast Asia and Australia. These studies have also revealed that the South and Southeast Asian populations of some widely distributed species are genetically distinct, making them interesting models for evolutionary studies.

Sea snakes are one of the most visible by-catch – catch with no commercial value – in fishing nets wherever they are abundant. As they hunt fish, they seem to get caught in large numbers themselves. This brings them in direct contact with fishermen. The snakes are highly venomous and often have to be physically removed from the net, so they are often perceived as pests or nuisance. They are also killed by stress and/or when they drown (being air-breathers, sea snakes have to periodically surface to catch a breath before diving back inside).

A 2012 vulnerability assessment of the Great Barrier Reef threw more light on the impacts of fishing of sea snakes, with an estimated 105,000 snakes caught each year. Caught snakes often drown or get crushed in trawler nets. A local decline in the numbers of certain sea snakes has also been reported from studies along the Goan coast. Their populations are highly localised, which means the individuals from a population do not travel far from the area in which they are born, making them vulnerable to local fishing pressures. However, with continued mortality, populations crash and this may have a cascading effect on their ecosystems.

Another 2013 study has revealed that “globally, 9% of sea snakes are threatened, 6% are near threatened and 34% are data-deficient categories defined by the International Union for the Conservation of Nature”. Sea snakes are also not listed by the Convention on International Trade on Endangered Species of wild fauna and flora. And while they are protected in India under Schedule IV of the Wildlife (Protection) Act, 1972, the conservation of sea snakes is virtually non-existent in Asia. In Thailand and Vietnam, where sea snakes are harvested and have high commercial value, an accidental snakebite is treated by ingredients including rhinoceros horns, either applied directly to the wound or made into a paste and swallowed. This is an unusual connection between the sea-snake and rhino-horn trades.

These animals are also affected by pollution. An August 2017 study from Australia showed that melanism induced by industrial pollution occurs in the turtle-headed sea snake (Emydocephalus annulatus). In this case, individuals from a population in the polluted inshore bays of Pacific Island, New Caledonia, were completely black in colour as opposed to the white and black bands around them. This colour change was the result of arsenic and zinc pollution near snakes close to the bay.

Snakes have been on this planet for over 100 million years. During the course of their existence, they have shaped ecological communities and colonised almost every available habitat on our planet. But as anthropogenic pressures on them increase, we lose opportunities to understand these remarkable animals in ways that we cannot imagine.