The Centre said the sea level at the Bengal port rose at 5.16 mm per year – compared to a national average of 1.3 mm per year in the last 40-50 years. 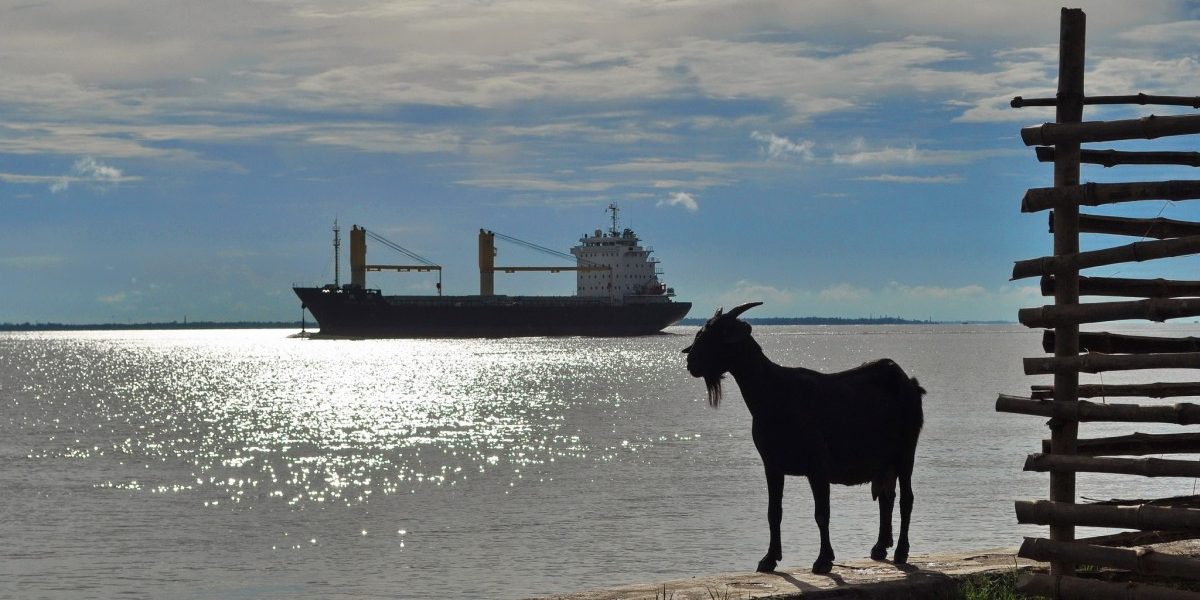 New Delhi: The Ministry of Earth Sciences has said in the Lok Sabha that of the big ports in India, Diamond Harbour in West Bengal has witnessed the largest rise in sea levels. Between 1948 and 2004, the ministry said, the sea level at Diamond Harbour rose at 5.16 mm per year – compared to a national average of 1.3 mm per year in the last 40-50 years.

According to the International Panel on Climate Change, sea levels have been rising at an average rate of 1.8 mm per year across the world over the last century, The Hindu reported.

While Diamond Harbour may be showing the fastest increase, its not the only Indian port where sea levels are rising faster than the global average. Kandla in Gujarat (3.18 mm per year), Haldia in West Bengal (2.89 mm per year) and Port Blair in the Andamans (2.2 mm per year) also make it to that list.

“Rising sea levels can exacerbate the impacts of coastal hazards such as storm surge, tsunami, coastal floods, high waves and coastal erosion in the low lying coastal areas in addition to causing gradual loss of coastal land to sea,” the ministry said in its response to MPs Saugata Roy and Anto Antony.

That sea levels are rising – and rising fast – along the Bengal coast should not come as a surprise. In December 2017, Nagaraj Adve wrote in The Wire about a school building in the Sunderbans that was destroyed because more and more water came in. And it’s not just a school – houses and fields too had to be relocated.

Why are sea levels rising? Specifically, here’s what is happening: gigantic ice sheets on Antarctica and Greenland are melting.

What’s worse is while scientists have said that this will continue to happen and accelerate sea level rises, it’s hard for them to predict just how fast things are changing. As Reuters’ journalists Lucas Jackson and Elizabeth Culliford wrote, “The best predictions for sea-level rise this century are getting more dire, and yet less precise, in part because of a lack of understanding of these glaciers [of Greenland and Antarctica] and how their behaviour fits into global climate modelling.”

A major reason why these predictions are so difficult is because it involves dangerous research – to the extent that scientists are forced to rely on tagging sensors on local wildlife to record depth, temperature and salinity year-round.

What is being done?

The short answer: Definitely not enough.

While we may not be able to predict just how fast things will change in the future, we do know that things are already changing. The short-term demand in Indian coastal areas – such as the from people Adve spoke to in the Sunderbans – is for an embankment that can stop the water from damaging their property. But what about in the longer term?

Neither state governments nor the Centre have a serious plan on how to manage India’s coastal areas in light of the rising sea levels. Nikhil Anand’s article in The Wire details how let alone past projects – the government does not even seem to be taking into account how its future projects will cope with a changing coastal environment.

Take the case of Mumbai’s Coastal Road Project, stretching from Marine Drive to Worli. Anand argues that the development may exacerbate urban flooding with heavier rains and the displaced, rising sea – but the government has not carried out any proper studies on this before embarking on construction. He writes:

“By radically altering the city’s coastline through reclamation and infrastructure construction without even so much as examining and addressing the impacts of this project on an intensification of urban flooding in the future, it is actively being engaged in the long-term production of a “natural” disaster.”

What needs to be done?

In this case, the long answer and the short answer aren’t that different from each other. Governments, at the state and Central level, must stop going on as if they don’t know that the environment is changing, several researchers have argued. As Adve wrote:

“We…need a long-term plan to regenerate mangroves, not destroy them, to break the force of advancing waters or cushion us during storm surges. We need to treasure our wetlands, not build over them as is happening with Ennore Creek in Chennai and innumerable other wetlands along India’s coasts. We need to pay heed to the lessons Boatkhali Kadambini Primary School [in the Sunderbans] is teaching us, not slide into climate chaos with our eyes tightly shut.”