The American brackish water mussel could soon outcompete the local green mussel and displace it completely. Mussels and barnacles in the intertidal near Newquay, Cornwall, England. Photo: Wikipedia Commons

While out on routine coastal surveys this past summer, a group of researchers noticed something odd. There were huge clusters of small, black mussels clinging on to wood stumps, plastic bottles, bottoms of boats and nets in the backwaters of Kochi, a port city in the southern state of Kerala.

“Just by looking at the mussels we could say that it wasn’t the native green mussel (Perna viridis),” S. Bijoy Nandan, a professor at the School of Marine Sciences at Cochin University of Science & Technology (CUSAT), told Mongabay. “As marine biologists, we study Perna viridis, so we’re very familiar with it.”

As it turns out, their suspicion was correct.

A detailed examination of the mussel’s shell and DNA revealed that it was the American brackish water mussel (Mytella strigata), the researchers report in a new study. The species is native to Central and South America but in recent years has been found invading waters around Thailand, the Philippines, and Singapore.

Now, the latest study presents the first formal report of this invasive species from the Indian subcontinent and the fourth record from the Indo-Pacific, the researchers say. In the Kochi backwaters, most American brackish water mussels seem to have black shells, although some are shades of green. Their shells reach lengths of 5.9 centimeters (2.3 inches) and heights of 2.6 centimeters (0.6 inches). But unlike the hard shells of green mussels, the shells of the invasive species are very brittle and break easily when held, Nandan said.

The researchers are not sure when the mussel first got established in Kochi waters, but they think that it may have spread through ballast water. This is the seawater that ships carry to improve stability, discharging it at distant ports and risking the transport of invasive species.

“The locations where we collected the mussels from are very close to Cochin port where intense shipping activities occur — there are oil tankers, cargo vessels, huge freight ships, passenger’s vessels,” Nandan said. “However, handling of ballast water is not at all scientific. It wouldn’t surprise me if it’s already spread to other parts of the country.”

In December last year, the researchers had reported another invasive mussel species, the black-striped mussel or the Carribean false mussel (Mytilopsis sallei), from Kochi waters. This mussel, smaller than the American brackish water mussel, has been reported from various parts of India’s coast, including the states of Maharashtra, Karnataka and Andhra Pradesh.

The appearance of yet another invasive species is alarming, the researchers say. Through laboratory tests and observations, they confirmed that the American brackish water mussel can tolerate a wide range of environmental conditions, including variations in salinity, temperature and oxygen levels, and can grow very quickly even with limited food.

The researchers estimate that there are about 120 individual American brackish water mussels per 25 square centimeters (4 square inches) in the sites they surveyed. The numbers could be much higher by next summer, they say, adding that the species could soon outcompete the local green mussel and displace it completely — something that’s been observed in Singapore and Thailand. Since the green mussel fishery is a very lucrative industry along the Kochi coast, livelihoods could be affected as a result. 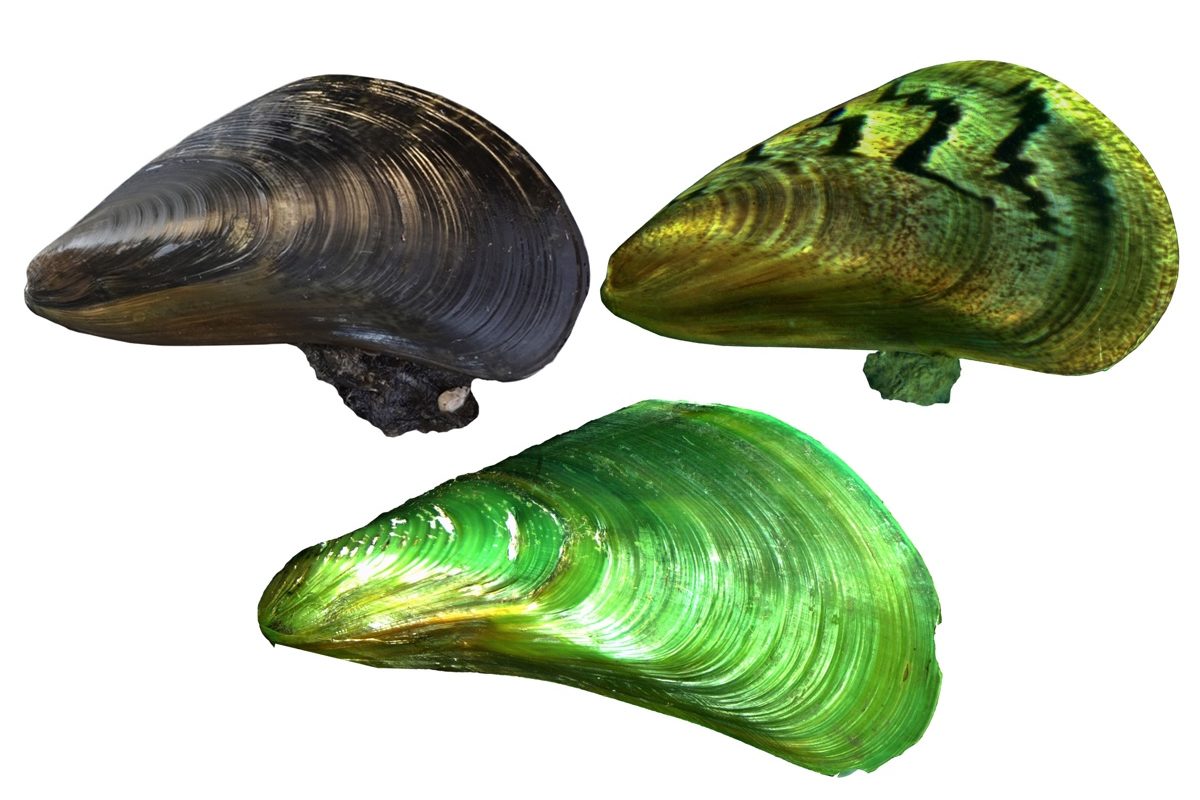 “The proliferation of this alien invasive species poses a serious threat to the endemic species diversity of fragmented brackish water habitats of Kerala coast, considered as one of the hot spots of endemic species,” said lead author P.R. Jayachandran, a postdoctoral fellow at CUSAT. “Their rapid growth, early maturity and wide salinity tolerance make them a potentially alarming fouling species in all other brackish waters habitats of India and neighbouring countries.”

The team has shared its findings with the Kerala department of fisheries, but whether the authorities will take any action remains to be seen, Nandan said.

Mongabay contacted the director of the fisheries department but did not receive a response by the time this article was published.

Completely eradicating the American brackish water mussel from Indian waters is going to be nearly impossible, the researchers say, so limiting its spread is crucial. Nandan’s team is continuing with its coastal surveys to understand if the invasive species has spread elsewhere. The researchers are also studying how the mussel may be affecting the food web in the Kerala backwaters.