Should Scientists Publish Location Data of Threatened Species? It's Not Simple.

The challenge is for science and conservation to flourish while making sure poachers do not – and for the government to permit scientific studies while also maintaining security protocols. 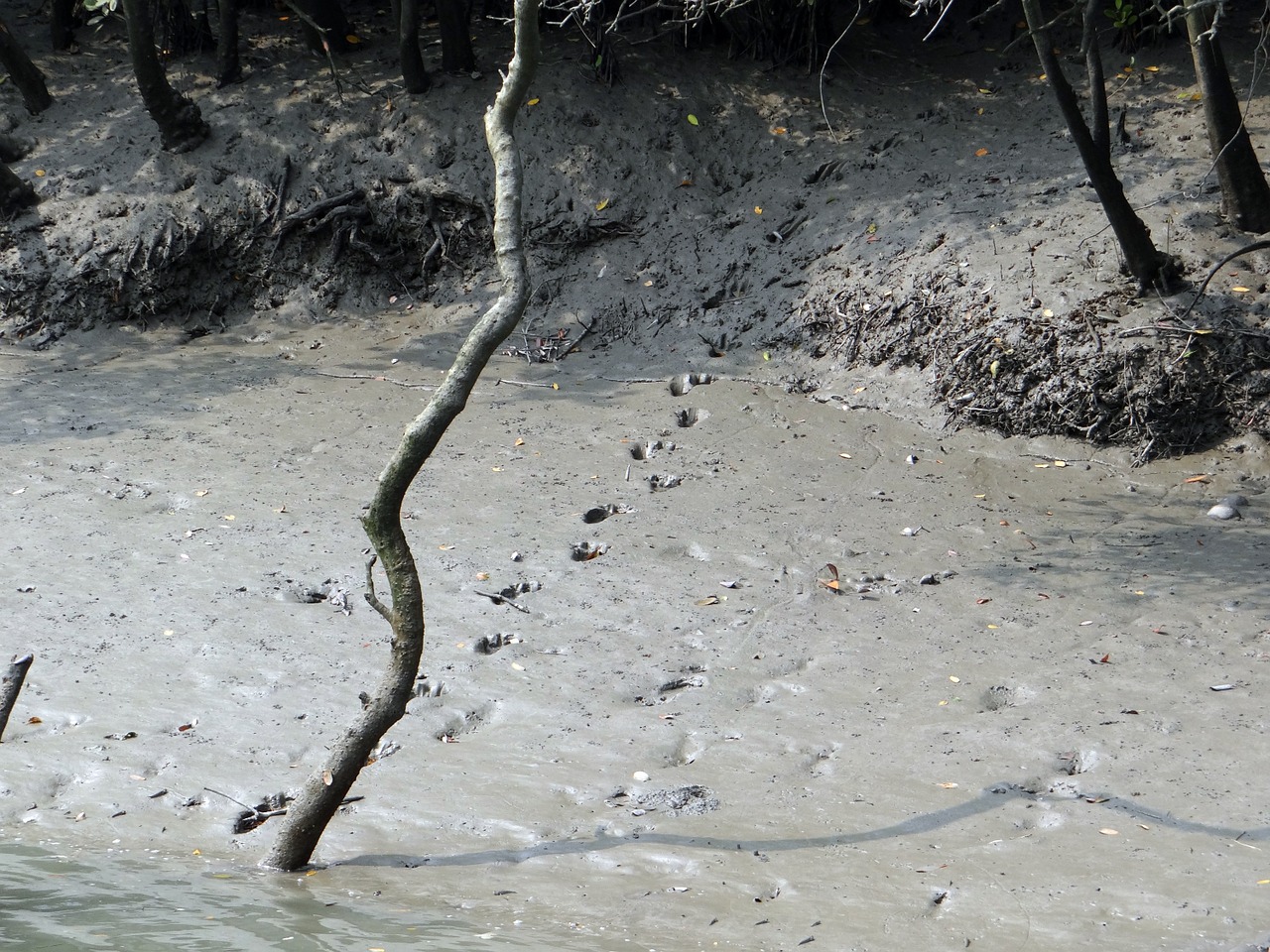 Update: Following The Wire‘s story (below), the National Tiger Conservation Authority has put out a circular to all tiger reserves and the state chief wildlife wardens to regulate the publication of tigers’ pictures and locations.

“Tiger photographs as well as camera trap pictures circulating on WhatsApp groups and Facebook are inter-alia highlighting the animal’s location. This information has the potential to be used for committing wildlife crimes, being in the public domain.”

The circular then asks for the sharing of location data of wildlife to be restricted, particularly on the social media. “It is requested that no such photographs or information is shared [sic] on WhatsApp groups besides Facebook. However, persons in official capacity concerned with tiger conservation may be appraised individually on their personal communication details as and when required.”

The circular is available to view in full here.

Scientific publishing is meant to advance knowledge. But what happens when scientists publish information about rare species that are then targeted by poachers?

A new paper by two Australian researchers in the journal Science discussing limits scientists should follow in publishing locations of rare or illegally traded species has stirred pertinent questions for India.

India is one of the world’s 17 ‘megadiverse’ countries. Species and genera like the Sholicola ashambuensis, a shortwing, and the Himalayan forest thrush are still being discovered or named. At the same time, several species are also being traded and poached. We lose rhinoceroses and tigers to poaching almost every month. Apart from this megafauna, species like pangolin and tokay geckos, which are more difficult to monitor, are also being poached heavily. And offenders have generally proved they will go to any lengths to procure species that are valued highly in illegal trade and actively search for specimens. For instance, a zookeeper was caught stealing tokay gecko from a zoo in Assam. In Paris, poachers cut off the horn of a rhino – again in a zoo.

In their Science paper, David Lindenmayer and Ben Scheele, both of the Australian National University, Canberra, make three pertinent points.

First: poaching risks are “greatly exacerbated in an era of digital proliferation and open access” when location information is shared. They take the example of the Chinese cave gecko, which vanished from its location after a paper described the location. Second: releasing information can also lead to a rash of photographers and nature “enthusiasts” who may destroy an area or directly affect the species there. Location information is often crucial to save a habitat or understand how a species has expanded its range – but clearly it needs to be in the right hands, however problematic this may be to implement. The authors ask for author-led self-censorship and suggest that sensitive information be withheld, at least temporarily.

Why we track and map species

In India, poaching is understood to be carried out by skilled criminals operating mostly in forests and sanctuaries. It appears to be a high-risk high-gain enterprise. But has the search for animals moved to scientific papers and into the online space? There are no clear answers to this or whether poaching will move from the field-based attack strategy to a different kind of hunt. However, a hacking incident in 2013 could shed some light.

After a local extinction in Panna, Madhya Pradesh, tigers were relocated there and fitted with satellite collars. K. Ramesh, a scientist with the Wildlife Institute of India, had location information of the radio-collared cats on his computer. He has said that there had been an attempt to hack into his email by someone based in Pune but which was later thwarted. It is not known if the alleged hacker wanted to know where the tigers were. At the same time, it also makes sense for scientists to err on the side of caution since more species are radio-collared or satellite-tagged to unravel their ecology, movement and distribution. For instance, the website www.movebank.org has near-realtime movement data of hundreds of species.

It is ironical that monitoring and surveillance are some of the key reasons why several species – also highly coveted by poachers – are tagged and followed by scientists and forest departments in the first place. If management interventions of tiger-relocation are carried out, the animals are almost always satellite-tagged, as in the case of the tigers of Sariska and Panna. At the same time, tigers with collars have also disappeared.

There are two ways to look at this: either tigers are being poached despite surveillance through radio-collars (or that collaring is not always effective to surveil with), or that collars that stop working or appear stationary are an immediate indication of trouble (excluding weak batteries and other logistics).

In any case, collaring has been on the uptick in India, even if restricted to government-affiliated scientists. Species like the Great Indian bustard have also been collared. The maps that emerge from these exercises reveal insights into species ecology.

“How wild is a wilderness where everything has been mapped, where everything is known and where all movement is tracked in real time?” Pankaj Sekhsaria, a researcher, asked in an editorial in Protected Area Update, a publication following wildlife news.“The issue is one that goes to the very heart of the idea of the ‘wild’ and of ‘wilderness’, marking as it does a paradigm shift in our relationship to and understanding of wildlife.” There is a new intimacy that satellite-tagging is spawning by helping create a personalised bond with the animal. Invariably, collared creatures receive names and, over time, accrue cults.

But the issue of furthering science while not having any negative consequences for wildlife is as burning as ever. This is further problematised by the fact that it is getting harder to secure permissions for collaring. Wildlife science has been suffering due to perceived threats to security from drones and similar signal-emitting devices. A draconian Geospatial Bill draft with harsh penalties (a fine of up to Rs 100 crore in one case) was thankfully forestalled – but if such pieces of legislation do become law, the future of wildlife monitoring through satellites will be at stake.

Technology not to blame

The answer is clear data embargoes. “For species that are endangered and vulnerable to poaching or collection, such information should not be given out,” said Abi Tamim Vanak, an associate professor at the Ashoka Trust for Research in Ecology and the Environment, Bengaluru. “For some species, such as tigers, it is better not to make active GPS data available since anyone can access it and it can be misused.” Then again in this world of data accessibility and social-media distribution it is not possible to keep this information secret for too long.

Vanak also added that Indian scientists shouldn’t get left behind in the data revolution either. “Location data should belong to the researchers. If it is paid for by public funds, then it should be open access. Therefore, there should be a time-bound embargo on data access – as per international standards. In India we are very secretive with data. The world is moving towards the ‘Big Data’ revolution.”

Another issue, which Lindenmayer and Scheele also pointed out, concerns ‘nature enthusiasts’ who disregard conservation ethics and, as it happens, common sense. This is a much more visible problem. In India, sightings of rare species have led to scrambles for the perfect photographs. For instance, a lesser florican, a rare grassland bird, was sighted in Bengaluru’s Hesaraghatta grassland after about a century in December 2011. It has recently been noted photographers have been severely disrupting the bird’s habitat, with scores of cars going over the area and a variety of birds being ‘flushed out’ or startled into flying for the perfect shot. A group of conservationists from Conservation India protested against these practices – one of many small but significant calls towards protecting species even while being able to enjoy or access nature.

“With its one million-strong online reach, Sanctuary Asia has a no-geo-tagging policy for image uploads,” says Bittu Sahgal, editor of the same magazine. “But the issue needs united action on the part of all players – the media, the general public, professional wildlife managers, biologists and naturalists – to create sensible policies and ethical ground rules. Today, sadly, radio collars are being misused by influential people who think nothing of coercing or inducing forest staff to reveal the location of satellite-tracked tigers, leopards, even elephants and wolves for voyeuristic tourism purposes. This can affect animal behaviour adversely by denying stressed animals the privacy they need.”

For Sahgal, “it’s not the technology that is at fault, it’s the ignorance and arrogance of those who misuse it” – as well as the “carelessness on the part of scientists who worry too little about the security of data that is susceptible to hackers in league with techno-savvy poaching syndicates.”

Ultimately, the challenge is for science and conservation to flourish while making sure poachers do not – and for the government to permit scientific studies while also maintaining security protocols. Additionally, as the internet keeps booming, there is reason enough for hobbyists, photographers and nature enthusiasts to restrain themselves from putting up location information on the social media. While we don’t know yet whether poachers on the subcontinent access scientific papers, it is highly probable that they are searching for tigers on Facebook as we speak.