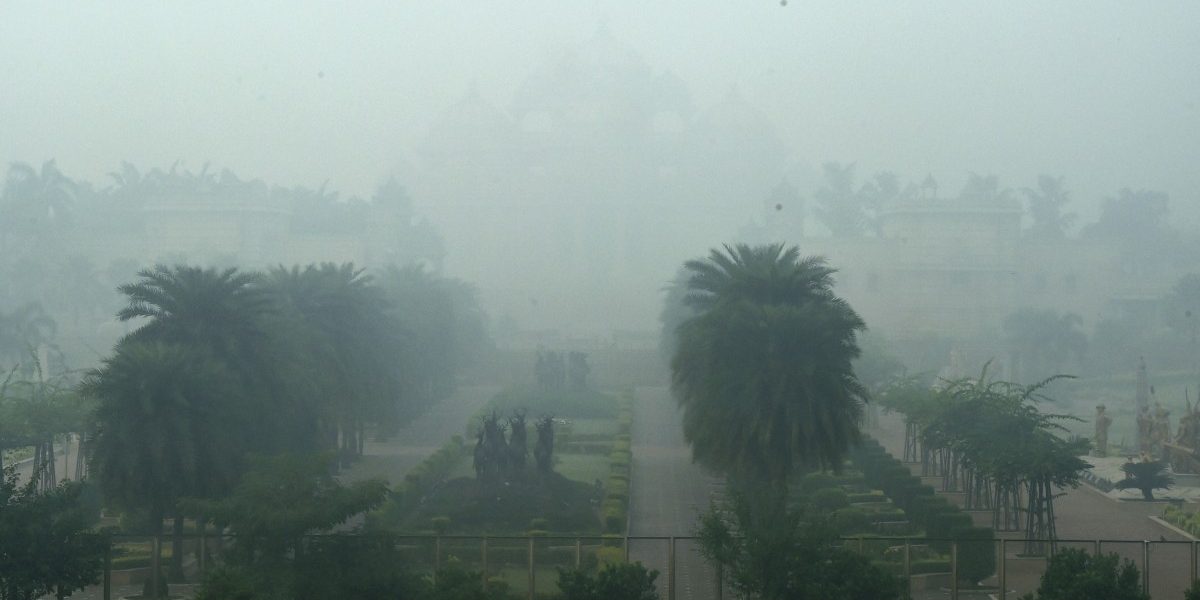 The Ministry of Environment, Forest and Climate Change (MoEFCC) rejected the country’s EPI ranking on June 8, alleging that the Index is based on “surmises and unscientific methods”.

In a press release, the Union environment ministry listed several concerns regarding methodology, such as the EPI not taking into account India’s historical data on its low emissions and how the ranking and importance of some environmental indicators have changed.

However, the lead scientist of the EPI responded to the Ministry’s allegations by saying that the EPI has always ranked countries on the current state of environmental conditions and not on historical emissions or policy intent, and would be happy to collaborate with the Ministry as the EPI improves its analyses over the years to come.

The EPI, released on June 6, was put together by a group of scientists from institutes including the universities of Yale and Columbia. It analyses 40 performance indicators, such as particulate matter levels and projected greenhouse gas emissions (GHG), across 11 categories (including air quality and climate change mitigation).

The scientists then use this to rank the 180 countries on their “progress toward improving environmental health, protecting ecosystem vitality and mitigating climate change”. According to the EPI report, its methodology has been refined over two decades and it builds on the most recent data.

“Based on the latest scientific insights and environmental data, India ranks at the bottom of all countries in the 2022 EPI, with low scores across a range of critical issues,” the report reads. “Deteriorating air quality and rapidly rising greenhouse gas emissions pose especially urgent challenges.”

The EPI data also indicates that India is one of the four countries – apart from China, the United States and Russia – that will account for over 50% of residual global greenhouse gas emissions in 2050, if current trends hold. “A total of 24 countries will be responsible for nearly 80% of 2050 emissions unless decision-makers strengthen climate policies and emissions trajectories change,” the EPI report noted.

‘Based on surmises and unscientific methods’

In a press release on June 8, the Union environment ministry said it “does not accept” the Index’s analysis and conclusions for several reasons, including changes in methodology.

According to the Ministry, ‘Projected GHG Emissions levels in 2050’ is a new indicator that the EPI, 2022 uses. However, it takes into account only the average rate of change in emissions over the last decade, and does not incorporate aspects such as the extent of renewable energy capacity.

India’s data on forests and wetlands – which are crucial carbon sinks – has not been factored into the Index while computing the projected greenhouse gas emissions trajectory up to 2050. India’s historical data on emissions – which is low compared to developed countries, most of which rank high in the EPI 2022 – has also not been considered, said the Ministry.

Moreover, the weight of indicators in which the country was performing well have been reduced and reasons for the change in assignment of weights has not been explained in the report, the Ministry alleged.

“For example, new parameters have changed the weightage given to climate policy as an objective. Similarly, the ecosystem vitality policy objective’s weightage has [been] reduced from 60% to 42% in the total EPI,” the ministry claims, saying that these changes in methodology have contributed to India’s dismal rank compared to previous iterations.

“The Environmental Performance Index, 2022, released recently, has many indicators based on unfounded assumptions. Some of these indicators used for assessing performance are extrapolated and based on surmises and unscientific methods,” the Union environment ministry said in the release.

According to the Ministry, the Index also uses “outdated” data. The Ministry had requested that the EPI refer to the India State of Forests Report (ISFR 2021) for the latest data on biodiversity variables, but this has not been done, the ministry said. Ironically, experts have raised questions about the methodology used in the ISFR 2021, which may show India to be more forested than it really is.

Collaborating with, learning from peers

The EPI, however, has always based rankings on existing country performance and not on historical emissions or climate policy intent, clarified lead author of the Index, Martin Wolf, principal investigator at the Yale Centre for Environmental Law and Policy, in an email to The Wire.

The goal of the EPI is to “inform current policy choices, not place blame on countries for contributing to climate change or destroying the environment,” he said. In fact, the best use of the EPI is to compare countries to their peers; for example, it is useful to compare India to other major developing countries, like China, he added.

“Although they are not perfectly analogous, these two countries have things to learn from each other. India may be able to borrow some policies China has enacted to improve air quality, while China can learn from India about many issues, like sustainable fisheries and wetland conservation. The hope is that with data-driven analyses like the EPI, countries will be able to collaborate with their peers to improve their country’s environmental performance,” Wolf said.

Similarly, with every iteration, the EPI adjusts the weights given to indicators to reflect a balanced scorecard, clarified Wolf. “We do not adjust weights to punish certain countries. Rather, we choose weights such that all issues are reflected in a country’s overall ranking.”

The EPI recognises the “shortcomings” of the new greenhouse gas emissions trajectories, and hopes to incorporate additional nuances in future iterations of the report, Wolf added. However, even with factoring in carbon sinks, China, India, the United States, and Russia are not on track to meet the climate targets outlined by the 2021 Glasgow Climate Pact.

Also read: COP26: Glasgow Pact Criticised for Keeping Mum on Who Should Pay and How Much

“Efforts and plans to remove carbon dioxide from the atmosphere is not a substitute for reducing emissions in the first place,” Wolf told The Wire.

“The EPI looks forward to collaborating with the Indian government and the Ministry as we work to improve our analyses, elevate India’s environmental performance, and put the world on track for a happier and healthier future,” he said.