The Chembarambakkam and Puzhal reservoirs would be opened to let out surplus rainwater, authorities have announced. 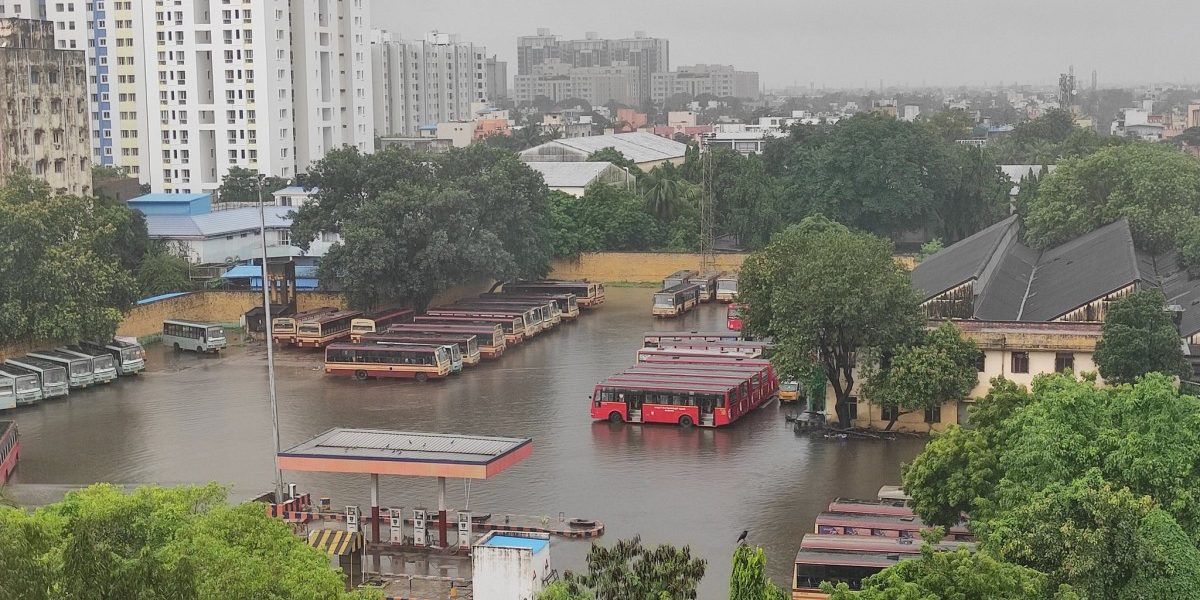 Heavy rains in Chennai, Tamil Nadu has led to the flood alert being sounded. Photo: Twitter/@SibghatK

Chennai: Heavy rains lashed Chennai and its suburban areas overnight. Even as the surge continues, roads are waterlogged all around the city. Authorities on Sunday also sounded a preliminary flood alert to people as two city reservoirs are set to be opened.

Chembarambakkam and Puzhal reservoirs, which serve as important sources of drinking water to Chennai city, are to be opened to let out surplus rainwater, state and city government officials announced.

The state water resources department also advised the district collectors of Kancheepuram and Tiruvallur to evacuate people living in low-lying areas and house them in safe places.

On Saturday morning, Chennai and several suburbs of Kancheepuram and Tiruvallur districts reported intermittent rain – which strengthened to a non-stop shower over many hours that inundated many areas.

Tamil Nadu Chief Minister M.K. Stalin reviewed the state’s monsoon preparedness with top officials and district collectors, and directed them to ensure all required measures are in place.

The northeast monsoon has been active over Tamil Nadu for the last fortnight and has been bringing copious rain, with the government reporting that the state has already received a 41% excess in this period.

The India Meteorological Department also has a forecast of the formation of a low-pressure area in the Bay of Bengal on November 9, anticipating even more rain.

Stalin lauded officials for “successfully facing” the state’s COVID-19 epidemic and exhorted them to replicate their efforts vis-à-vis the monsoon.

Efforts underway to recover the government bus which is stranded @ Vysarpadi subway.

Fifty-eight of the state’s 90 major dams are already over 50% capacity. The Tamil Nadu government asked officials to keep track of their levels, and also monitor low-lying areas and river banks, deploy relief measures and ensure basic amenities in relief camps.

According to the government, Tamil Nadu has received 969.9 mm of rain since January 1, 2021, which is 37% higher than the historical average for this period, of 706 mm.