Rains in North India: 10 Killed in Related Incidents in UP, Gurugram Urges Work From Home

In Uttar Pradesh's Etawah, seven people were killed, including four children of a family, in three incidents of wall collapse. New Delhi: At least 10 people were killed and 11 were injured in rain-related incidents in Uttar Pradesh since Wednesday, September 21. In the Delhi National Capital Region, rains have inundated streets amidst forecast that more downpour is likely.

According to the India Meteorological Department, rainfall or thundershowers have been observed at most places over West Uttar Pradesh since Wednesday morning.

In Uttar Pradesh’s Etawah, seven people were killed, including four children of a family, in three incidents of wall collapse. Deaths have also been reported from Firozabad (2) and Balrampur (1) districts since Wednesday.

The Etawah observatory recorded 140 mm rainfall in 24 hours till 8.30 am Thursday.

A five-year-old sibling of the children and their grandmother who is 70 were injured in the incident.

In yet another incident in the district, Jabar Singh (35) was buried alive after his house in Andava ke Banglan village under Chakarnagar police station collapsed following heavy rains, SHO Deepak Kumar said.

In another incident in the district, Isaac Ali, 57, died under the rubble of a collapsed wall in Nagla Gawe of Eka police station area.

In Balrampur district, Ashraf (13) died and his 12-year-old cousin suffered burns due to lightning at Bargadwa Saif village of Pachpedwa police station on Thursday, a senior official said.

The injured has been admitted to a hospital.

In Aligarh and Firozabad, heavy rains over the past three days caused waterlogging in several low lying areas of the city and rural belts, affecting normal life.

The district administration at Gurugram has ordered all private office employees to work from home on Friday amid heavy rains.

The District Disaster Management Authority (DDMA), in an advisory, said that all corporate offices and private institutions are advised to guide employees to work from home to avoid traffic congestion.

The advisory cited chances of waterlogging and traffic congestion. 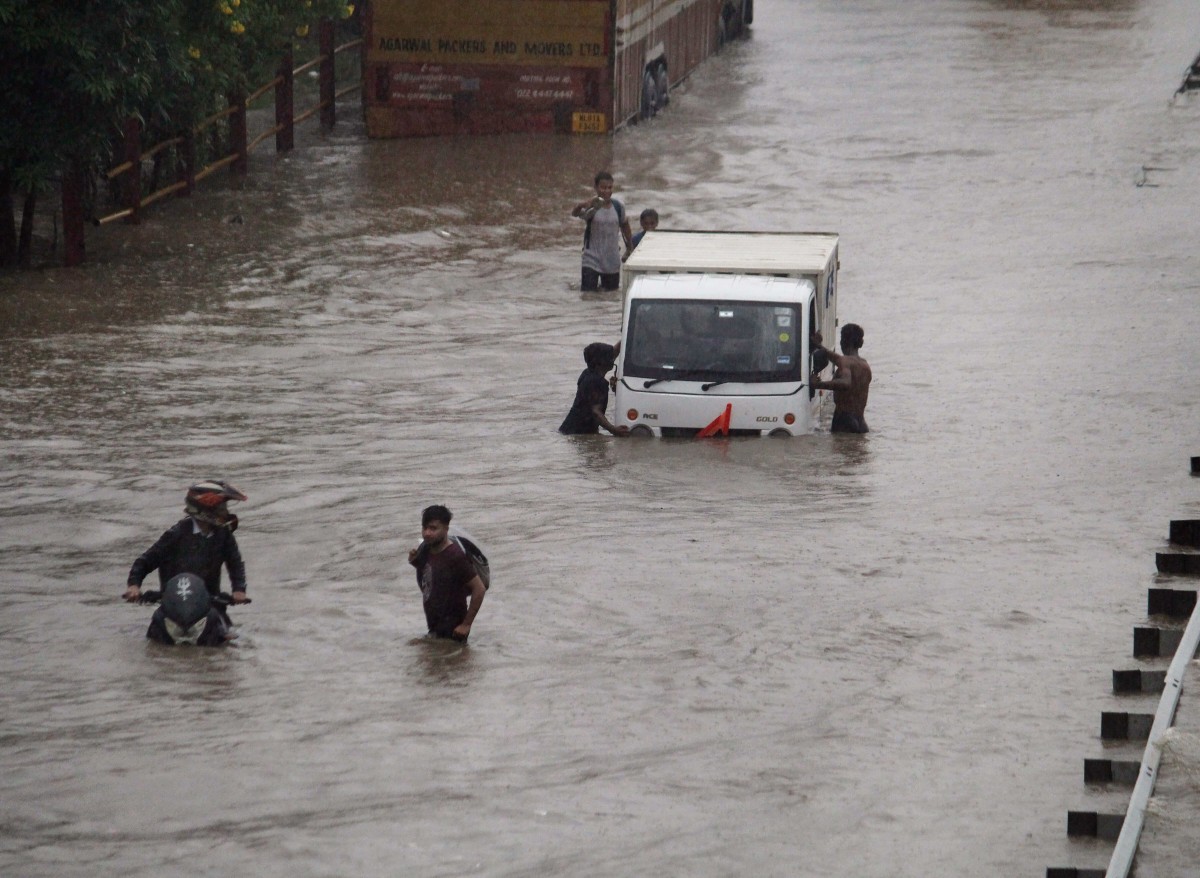 Traffic jams were reported in some areas in the morning due to waterlogging.

For the last two days, rains have continued in Delhi, leading to waterlogging and affecting traffic movement in several areas of the city.

The IMD issued a ‘yellow alert’, cautioning people about moderate rain at most places in Delhi.

The Safdarjung Observatory, Delhi’s primary weather station, gauged 40.8 mm of rainfall between 5.30 pm on Thursday and 8.30 am on Friday. The weather stations at Lodhi Road, Ridge and Ayanagar received 44 mm, 24.6 mm and 60 mm of precipitation respectively during this period.

The IMD on Tuesday said the southwest monsoon had withdrawn from parts of southwest Rajasthan and adjoining Kutch, three days after the normal date of September 17. Usually, it takes around a week after its withdrawal from west Rajasthan for the monsoon to retreat from Delhi.

The withdrawal of southwest monsoon is declared if there has been no rainfall in the region for five days along with the development of anti-cyclonic circulation and water vapour imagery indicates dry weather conditions over the region.