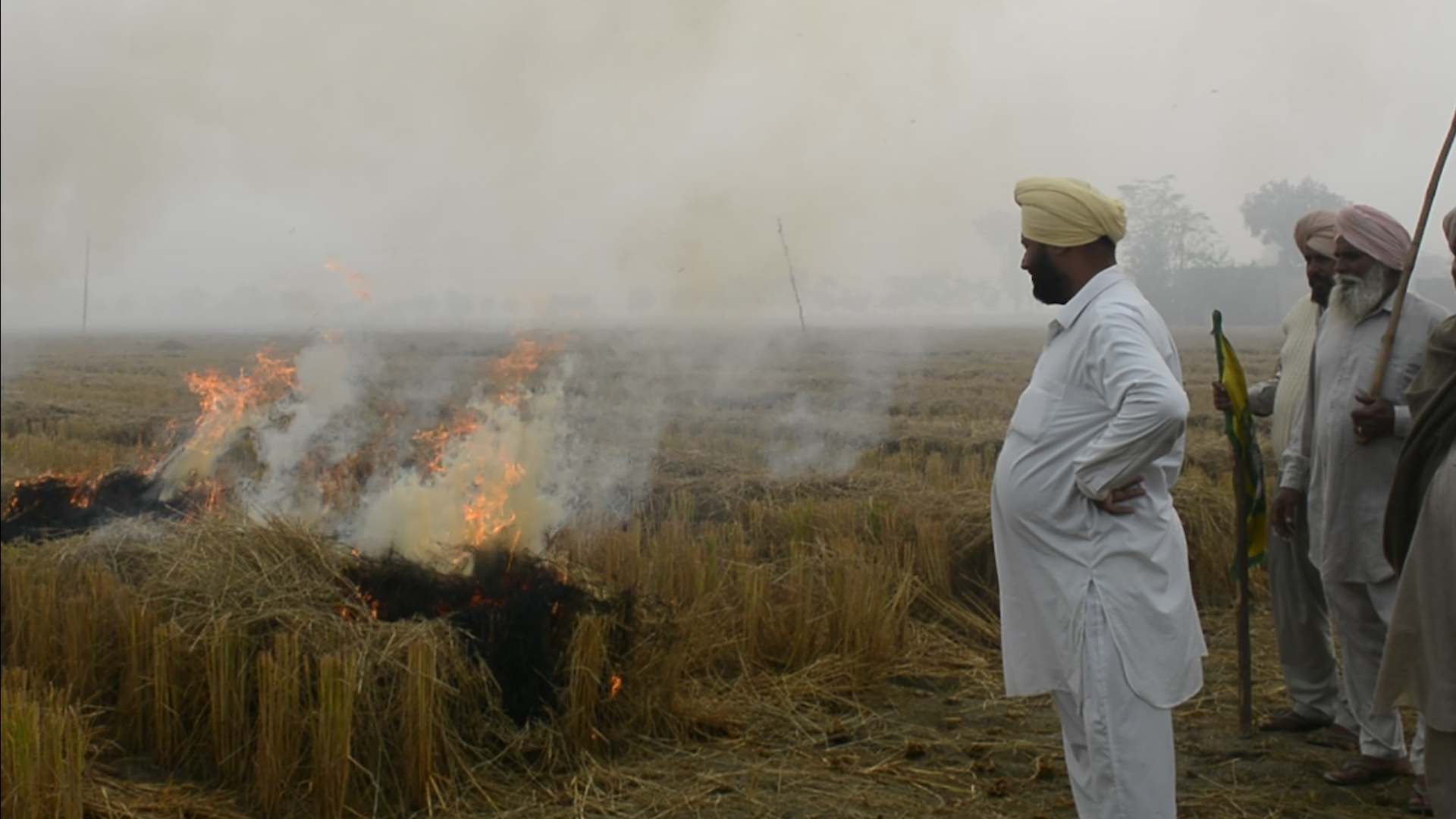 New Delhi: As air pollution levels in the national capital soar to ‘severe’ levels, reports say that a day after Diwali, on October 28, farm fires in Punjab peaked, with 3,105 instances reported across the state. The effect of burning paddy crop residue and firecrackers, mixed with low wind speeds in Delhi, resulted in the air quality index (AQI) reaching 999 in some areas, the maximum measurable level, around Diwali. While pollution gradually receded, it still stood at 401 (severe) on Thursday.

According to the Indian Express, 3,105 instances of farm fires were reported on October 28, while the Punjab Remote Sensing Centre’s data shows that “between September 23 and October 28, 15,132 active fire events pertaining to stubble burning were recorded”. This number is a slight increase over the 12,762 fires reported in 2018 during the same period, but is lower than incidents reported in 2016 (24,593) and 2017 (16,533).

In Haryana, another state which faces the stubble burning problem, the number of farm fires reported was much lower. Between September 23 and October 27, over 3,700 farm fires were recorded, according to the Indian Express.

As The Wire has previously reported, crop burning is a common practice across Haryana and Punjab. Farmers set fire to the stubble that remains after paddy has been harvested to ready their fields for the rabi crop. It is known to worsen air pollution, especially in the National Capital Region. The trend picks up in late September, peaking towards the end of October.

According to reports, the share of pollutants in Delhi from farm fires in Punjab and Haryana peaked at 35% on On Wednesday. This started a war of words between the Delhi and Punjab chief ministers. Arvind Kejriwal said that people of Delhi were doing “what they can do to control pollution” and asked the Punjab, Haryana and UP governments to provide farmers with alternate methods to dispose of stubble.

However, the Centre’s System of Air Quality and Weather Forecasting And Research (SAFAR) attributed the spike in Delhi’s air pollution on Wednesday to pollution from stubble burning.

An AQI below 50 is considered good, while a reading between 50 and 100 is considered moderate, according to SAFAR’s index. Delhi’s AQI first touched the ‘severe’ category (above 400) for the first time on Monday, a day after Diwali, and has remained in the same category since. SAFAR has predicted that the condition would slightly improve over the next few days.

Agriculture expert Devinder Sharma told the Indian Express that the issue of stubble burning cannot be resolved “until farmers are provided with an economic stimulus package”. He said if farmers are provided Rs 3,000 per acre as labour cost, they would be ready to dispose of the paddy stubble without burning it.

According to reports, the Punjab government has dispatched nodal officers to nearly 8,000 paddy growing villages to spread awareness about stubble burning and monitor post-harvest operations. The Punjab and Haryana governments have also been providing 50-80% subsidy to farmers and cooperative societies to “buy modern farm equipment for in-situ management of paddy straw”, according to the Indian Express.

A recent study found that laws meant to conserve groundwater may inadvertently have resulted in a rise in air pollution. The Punjab and Haryana state governments introduced legislation to limit the use of groundwater during the sowing of paddy in May and June. This, in turn, had the domino effect of farmers delaying the sowing process to wait for monsoon rains and therefore, a delayed harvest. This left farmers with a narrow period between harvesting rice harvest and planting the rabi crop. Therefore, farmers choose to burn the residue in the fields to prepare it for the next crop.