The proposed changes to the NCR regional plan, which guides government policy regarding development in the region, could make construction and mining activities easier to undertake, raising the eyebrows of environmentalists across the country. 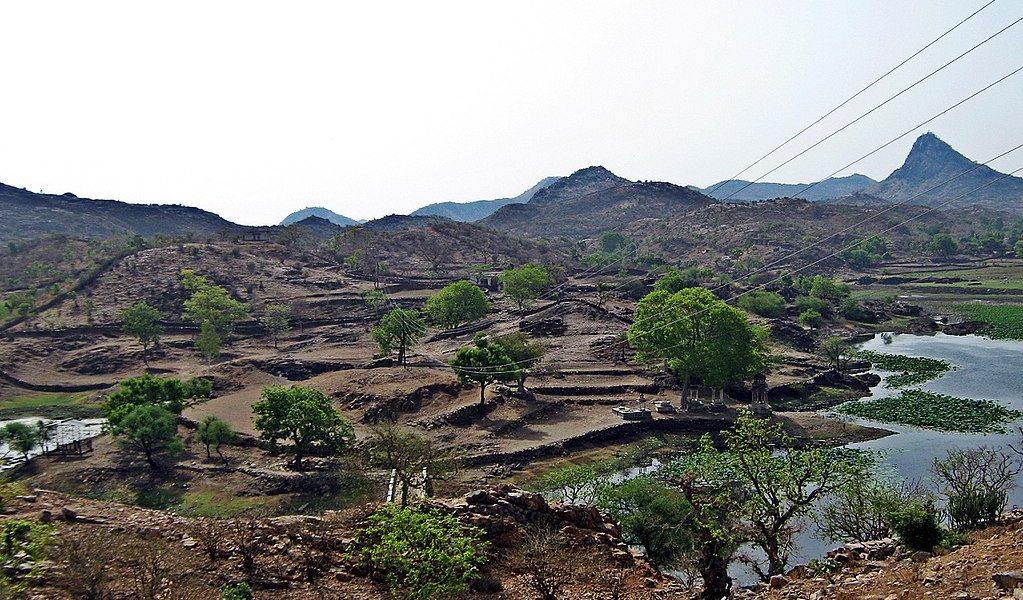 Kochi: A new draft of a regional plan that regulates development in the National Capital Region (NCR) could open up the Aravalli hill range to construction activities. This could be disastrous for the Aravalli, which supports a diverse array of plants and animals and is integral to the NCR ecosphere.

The NCR Regional Plan provides recommendations on the policies and programmes to be undertaken to develop the NCR. The NCR Planning Board, under the Ministry of Housing and Urban Affairs, developed the first plan for the region in 1989. The second plan, called ‘Regional Plan 2021’ has been in force since 2005.

According to the board, the Regional Plan 2021 aims to “promote economic growth and balanced development” in the region – including by developing settlements and building transportation networks. It also simultaneously “promotes sustainable development” and “minimises the adverse environmental impact that may occur in the process of development of the NCR,” according to the board.

The Aravalli is a hill range in Northwest India that straddles Delhi, Haryana, Uttar Pradesh and Rajasthan. It includes protected areas, such as the Sariska Wildlife Sanctuary in Rajasthan and the Okhla Bird Sanctuary in Delhi, as well as reserved forests. It also comprises non-protected areas such as deemed forests (forested areas that haven’t been notified as such in land records), uncultivable hills, wetlands and so on.

The 2021 plan regulates environmental impact in these habitats by, among other things, restricting mining, installation of new industries or expansion of existing ones, tree-cutting and electrification. It also prohibits any development activity without prior permission in protected forests, reserved forests and any area indicated as ‘forest’ in state land records. Areas notified under the Punjab Land Preservation Act 1900 are also regulated – as are parts like uncultivable hilly areas.

The 2021 plan recognises all these areas across the length of the Aravalli as ‘natural conservation zones’ and reserves them to be conserved.

Also read: Why the Environment Ministry’s Proposed Changes to Wildlife Act Will Weaken it

However, the new draft Regional Plan 2041 – which will soon replace the existing plan – changes all of this. It replaces the term ‘natural conservation zones’ with ‘natural zones’. The latter comprises mountains, hills, rivers, water bodies and forests “notified for conservation” under state or central laws – but doesn’t apply to the entire Aravalli range.

According to Neelam Ahluwalia, founder-member of the citizen-led Aravalli Bachao Movement, 70-80% of the current ‘natural conservation zone’ area under the 2021 Regional Plan won’t be eligible to be part of the ‘natural zone’ under the new plan. This, many fear, will open up the Aravallis to construction, mining and a suite of other ecologically deleterious activities.

Moreover, according to the 2041 Plan, state governments will have to identify ‘natural zones’ using revenue records and ground-truthing exercises. “This is very troubling as state governments in the past have tried to dilute the definition of the Aravallis,” Ahluwalia said.

For example, in late 2021, Haryana claimed that the Aravalli doesn’t exist in the state because revenue records haven’t mentioned it by name since 2016. But according to environmental analyst Chetan Agarwal, the NCR Planning Board hasn’t bought this argument.

However, the 2041 plan also excludes the term ‘Aravalli’ as well as terms such as gair mumkin pahar (‘uncultivable hilly areas’), which refer to the Aravalli. Environmentalists say these and similar terms should be brought back into the draft.

The 2041 plan also distinguishes between ‘forest’ and ‘green cover’. According to the plan, areas classified as ‘forests’ will continue to be conserved under the prevailing statutes and court orders. However, conserving areas with ‘green cover’ will be optional. The plan also fails to specify what ‘green cover’ is except that it shall be “as per existing laws”.

Also read: We Need Airports and Dams – But Here’s Why You Should Care About the Environment

The diluted draft regional plan could be a double whammy for the Aravalli hill range, which is already facing numerous threats.

For example, using remote sensing, scientists at the Central University of Rajasthan recently mapped land-use change in the Aravalli. They reported that between 1975 and 2019, more than 4,000 sq. km of forested land were converted to barren areas and settlements. At this rate of forest loss, they estimated that one-fifth of the Aravalli’s existing forest land will be lost by 2059.

More than 3,200 citizens – including ecologists, conservationists, planners and environment organisations – from across India have objected to the draft plan’s changes, according to the Times of India.

“The conservation of the Aravalli is important as it provides several ecosystem services, including water security to the water-stressed and highly polluted NCR region,” Ahluwalia said.

On January 6, 2022, Stalin Dayanand, a member of the Mumbai-based NGO Vanashakti, wrote in a letter to members of the NCR Planning Board:

“The Aravalli with their natural cracks and fissures have the potential to put 2 million litres of water per hectare in the ground every year and thus act as a critical water recharge zone for the water-starved Gurgaon, Faridabad, Delhi and other NCR cities.”

The NCR Planning Board reportedly approved the draft 2041 plan in principle on October 12 last year. The draft was open to comments from the public until January 7, 2022. No date has currently been set to publish the final plan, Jagdish Parwani, director (administration and finance) of NCR Planning Board, told The Wire Science.

Note: This article was updated at 9:09 am on January 21, 2021, to note that Neelam Ahluwalia is founder-member of the Aravalli Bachao Movement.