Javadekar: Why Ask India to Step up When Others Won't Meet Their Climate Goals?

"We should concentrate more on implementing the Paris Agreement rather than bring up new issues and new subjects at this stage." 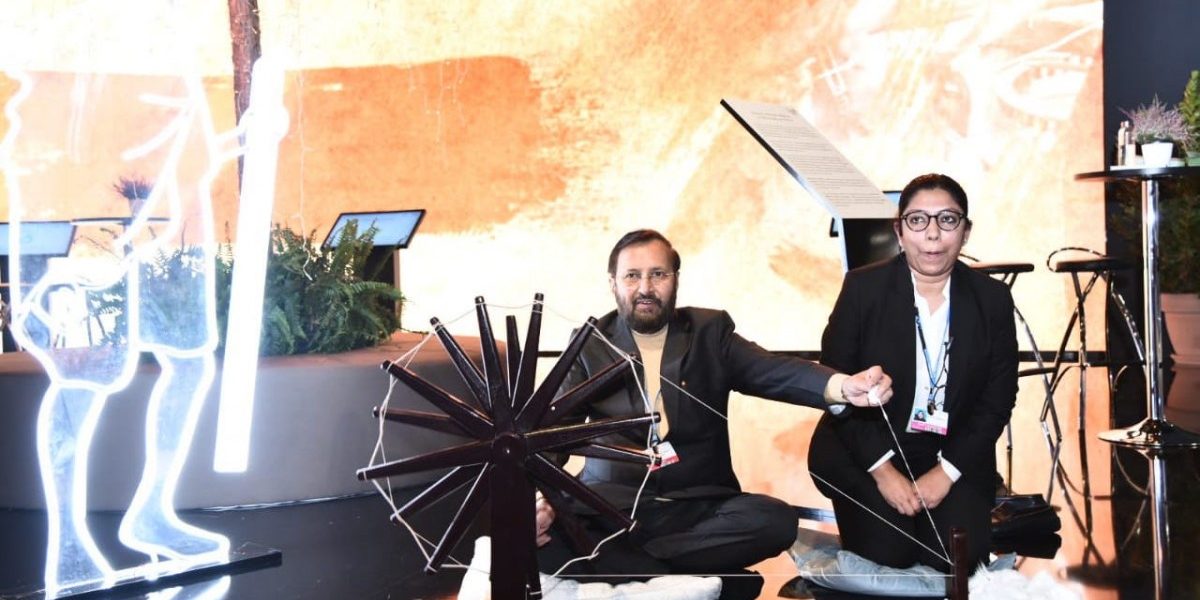 Madrid: A couple of days after he arrived in Madrid, India’s Union environment minister Prakash Javadekar set the proverbial cat among the pigeons when he said countries shouldn’t be expected to revise their emissions reduction targets when nearly every other country is not on track to meeting their nationally determined contributions (NDCs) to the fight against climate change.

His words go against one of the UN’s key objectives at COP 25: to have all countries party to the Paris Agreement raise their ambitions vis-à-vis reducing emissions.

The UN’s recent emissions gap report estimated that if we continue to emit greenhouse gases at our current pace, the world’s surface could warm by 3.2º C on average by 2100. This is 1.7º C warmer than the Paris Agreement’s ideal threshold, which its ratifiers are expected to help meet, and 1.2º C warmer than the hard upper-limit.

According to another report by the Intergovernmental Panel on Climate Change, we have already warmed Earth’s surface by 1.1º C.

“We should concentrate more on implementing the Paris Agreement rather than bring up new issues and new subjects at this stage,” Javadekar said. He added that he thought Guterres’s expectations would be unfair to countries like India, among the very few in the world on track to achieve its self-determined Paris Agreement targets.

“We are walking the talk. On all our three targets – reduction of emissions intensity, deployment of renewable energy and the creation of carbon sinks – we are doing well. We will not only achieve our targets but overachieve them,” he said.

It’s true that India is doing better than most countries vis-à-vis meeting its Paris Agreement goals but Javadekar’s other claims are premature, to say the least. The growth of renewable energy in India has slowed in the last few years, although it remains on track to meet its sector-specific targets by 2030, but not anytime sooner, as has Javadekar claimed.

India has also faltered in the creation of new carbon sinks; its claims to having increased forest cover were padded with data that included plantations as forests.

But in a scenario where other countries, particularly developed nations, aren’t doing nearly enough to meet their NDCs, Javadekar’s argument holds in principle, that expecting India to do even more could be unfair.

He also said countries should forget their pre-2020 pledges under the Kyoto Protocol, the climate agreement in force before the Paris Agreement came to be in 2015. (The protocol required only developed countries to cut emissions.) “The rich and developed countries are falling way behind their targets. Many of them have not even fulfilled their pre-2020 targets under the Kyoto Protocol and now they want us to forget those because 2020 is already here,” Javadekar said.

“Let them start implementing their Kyoto targets even now, and fulfil them over the next two to three years. We don’t mind an extension of deadline. But the targets cannot be sidelined or pushed aside.”

“Every study is showing that we are nowhere close to being on track to meet the Paris targets. There is a very clear gap between what needs to be done and what is being done,” Ravi Shankar Prasad, an additional secretary at the Union environment ministry and India’s chief negotiator at COP25, told The Wire.

India wants a work programme to be set up in Madrid to ensure a framework is in place for developed countries to be able to meet their Kyoto targets even after the regime has ended. “So they can do it, say, over two years. But it needs to happen. It’s a question of equity,” Prasad said.

Javadekar is expected to raise these and other issues when he makes a statement on India’s behalf at a high-level segment at COP25 on Tuesday evening. After that, he will have to cut short his trip and come back to India to vote in the Rajya Sabha on the controversial Citizenship Amendment Bill.