Fourteen members of a poaching gang, consisting of wealthy coffee estate owners, software engineers and environmental consultants, were arrested in Karnataka for shooting two Sambar deer around a tiger reserve. 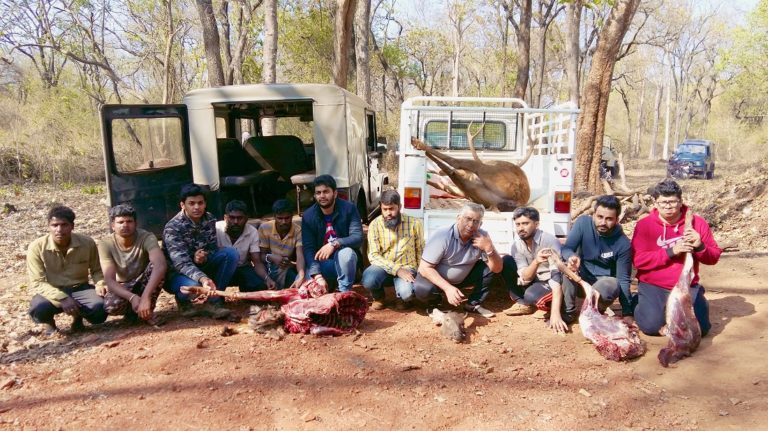 Fourteen members of a poaching gang were recently arrested in southern India for shooting protected wildlife.

They had shot and killed two Sambar deer (Rusa unicolor) around Bhadra Tiger Reserve in Karnataka and hidden the deer carcasses in the forest for subsequent retrieval. The large deer, categorised as vulnerable on the IUCN Red List, is an important tiger prey.

The incident came into light around New Year’s Eve, when members of a local conservation activist group WildCat-C alerted the Forest Department staff about the presence of poachers around Bhadra Tiger Reserve. Together, they have caught 14 men belonging to the hunting team so far.

The gang consisted of wealthy coffee estate owners, a timber business owner, software engineers, environmental consultants, college students and a member of the Rifle Association of Karnataka State. One member of the gang, Rafiq Ahmed, a real estate agent form Bangalore, is currently on the run.

According to the Wildlife Conservation Society-India, all the accused men in custody have confessed, and have been charged under various sections of the Indian Wildlife Protection Act of 1972. Punishments involve fines and imprisonment of three to seven years.

“This may be the tip of a new iceberg,” D.V. Girish of the Bhadra Wildlife Conservation Trust and WildCat-C said in a statement. “A new and ugly generation of wealthy, educated poachers appears to be emerging, to so casually destroy the conservation gains achieved through decades of hard work by forest officials and conservationists in India.”

Girish told Mongabay that his team had been hearing of such poaching incidents for the past two to three years, especially during festivals or holiday season. Moreover, there have been reports of new resorts and homestays in the area that serve wild meat, he said. These sambars, too, appear to have been hunted for their meat. One of the deer was found skinned and chopped, local media reported. 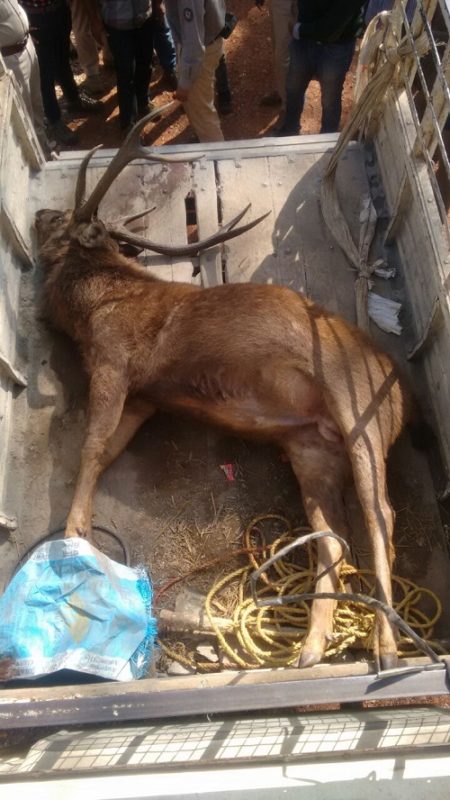 Affluent poachers like these men seem to be opportunistic in their hunting, especially when the Forest Department staff becomes lax, Girish said.

“These hunters are trigger happy people,” Girish said. “They come in four-wheel drives, they carry big guns. If they do not get to hunt here, they will go somewhere else.”

Ullas Karanth, WCS-India Director for Science said: “This incident clearly shows the importance of nurturing local guardians for India’s wildlife through their involvement in citizen science projects, as WCS has done. Girish and his Wild Cat-C team are a beacon of hope. The collaboration and prompt action by officials of Bhadra Reserve is highly commendable and shows the effectiveness of such close on ground collaborations.”

Bhadra Tiger Reserve is home to several species of threatened mammals, including tigers, leopards, elephants, wild dog, sambar, and the gaur. Following the voluntary relocation of 450 rural families that lived inside the reserve, tiger and prey numbers have risen steadily, according to WCS.