It's the Environment, Stupid.

The country's landscape is being ravaged by plastics and we are on the verge of environmental collapse. 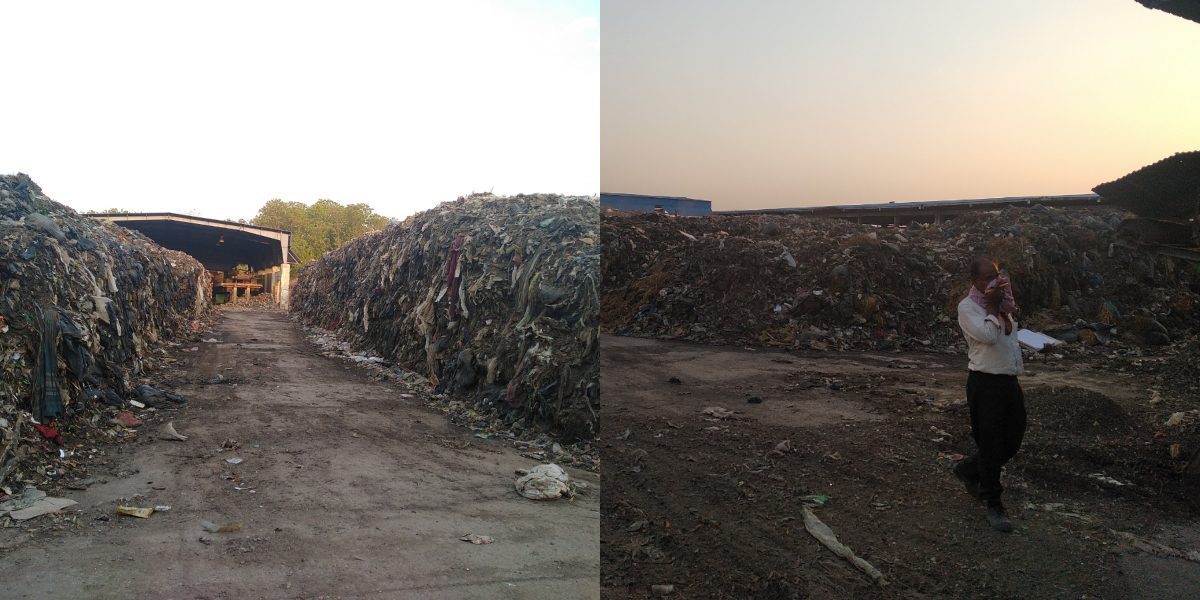 Mounds of garbage at the Baswar plant in Allahabad, where trash from the Kumbh Mela ends up. Photo: Deeraj Mishra

Does the fear of god motivate people to protect environmental resources? The lessons I learnt from my journey across Himachal Pradesh a few months ago taught me that religious beliefs and environmental consciousness have a negative correlation in India.

On one day of my travel, I happened to be in Manikaran, a small town to the north of Kasol near the High Himalaya. Geologically, this is a unique site where the Indian and Asian tectonic plates converge deep underground, generating heat and melting rocks. The water around these rocks then flows through fractures in the latter and shoots up as jets above the surface.

Such locations are considered holy in India’s religious traditions, and Manikaran is no exception: it is endowed with a Hindu temple as well as a gurudwara. As is usual with such places, businessmen have developed a market for religious tourism centred on them. These days, the people that visit Manikaran leave behind a train of organic and inorganic waste along a majestic stream that snakes its way through from the snowy peaks of the Himalaya.

But why is a place considered holy by two religions treated so badly? The people who would insist on maintaining clean spaces within Hindu devotional centres don’t see it fit to extend the same civil courtesy to the world at large, and we see the effects of this throughout the country. It’s possible to make a similar complaint about the ineffective management of waste generated during massive religious festivals such as the famous Kumbh Mela.

Also read: Why NGT Thinks Allahabad Is on the Verge of an Epidemic After Kumbh Mela

But what is comical is that a report on the initiative by the Government of Himachal Pradesh, published under the theme ‘environment’ by NITI Aayog, makes a ridiculous statement: that “the Sustainable Plastic Waste Management Plan is an innovative and simple yet highly effective solution that has not only alerted the community about the menace of plastic and the need for sustained waste management practices but also set up a robust mechanism for its achievement.”

What you see in Manikaran makes a pathetic commentary of this “effective plastic waste management” – and is yet another example of governments agencies’ fondness for hunky-dory reports that have no relation to ground realities.

As you come down along the mountainous roads of Himachal and then Uttaranchal, you’d be blessed to see a trail of plastic mounds on the sides following you all the way. Shortly before you reach the heart of the national capital, these mounds crescendo into the pinnacle of environmental malfeasance in Ghazipur village, where a towering mound of garbage – now 65 m high – lords over the human settlement around it, forcing the people there to battle for survival every day. If this is happening right under the noses of the country’s most powerful people, it’s no surprise that the situation elsewhere in the country is equally bad. Bengaluru, Chennai, Mumbai and Kolkata may not host landfills higher than the one in Ghazipur but it would seem they are trying.

If we aspire to belong in a techno-savvy society, the country should also be adept at finding solutions to our rapidly deteriorating environmental conditions. We are fast closing in on a point of no-return where environmental upkeep is concerned. As Lori Garver, the former deputy NASA administrator, recently said on the space agency’s efforts to put a woman on the Moon by 2024, “The impossible problem today is not the Moon. And it’s not Mars. It’s our home planet.” There is much truth in this statement (and room for debate). If we can celebrate the technological feats of Chandrayaan 2, we must also expect that our garbage problem is solvable.

During Bill Clinton’s presidential campaign in 1992, the phrase “It’s the economy, stupid” was very popular in the United States. This is now valid in India as well but so is another one: “It’s the environment, stupid”. Indeed, India’s environmental deterioration has been stupendous, and now poisons people and their livelihoods en masse. The country ranks 178 out of 180 on environmental performance, barely off the bottom of the list, according to a biennial report prepared by the Yale and Columbia Universities in 2018. The Centre for Science and Environment released a report earlier this year that said:

The burden of solid waste is becoming unmanageable. In fact, 79 major protests against unsanitary landfills and dump yards have been recorded in 22 states in the past three years. Maharashtra, which registered 16 major protests, leaves 43 per cent of its waste unprocessed. While India claims to process 96 per cent of its biomedical waste, eight states and [union territories] have defaulting hospitals. The country has also recorded a 56 per cent increase in the number of hazardous-waste generating industries between 2009 and 2016-17. At the same time, most of these industries are not properly maintaining their waste inventory, as mandated by the law.

Of all the waste we produce, plastic products seem to be dealing the most damage to freshwater, estuarine and marine environments. To contain this menace, the authorities will need to improve all aspects of waste management on a war footing. One study estimated that 4.8-12.7 million tonnes of plastic waste entered the oceans in 2010 alone. This impacts indigenous marine resources in multiple ways – fish consume them and are killed, disrupting the ecosystem – and erodes coastal landscapes.

Plastic waste, including plastic bags, are currently dumped with other domestic solid waste in landfills. Instead, they would be better off separated at the primary level and channeled for recycling. However, none of India’s major cities can claim decent separation centres.

The government must immediately devise a ‘National Action Plan’ that will indicate measures to increase the rate of solid waste collected, recycled and reused, for example through an MGNREGA-like scheme. This strategy could reduce the need to manufacture new plastic bags and throwaway plastic items. The plan should also ensure all major urban centres set up facilities to efficiently recycle solid waste while helping change our behaviour to adopt greener lifestyles. The government could also evaluate the feasibility of forming environmental protection groups to oversee these efforts and manage the production of solid waste.

The alternative is dire. The country’s landscape is already being ravaged by plastics. We are on the verge of environmental collapse.