In Photos: After Night of Fireworks, Delhi's Day of Brutal Smog

Photos show how the firecracker ban did not appear to be successful in Delhi, leading to hazardous pollution levels that affected visibility and cause difficulties in breathing. 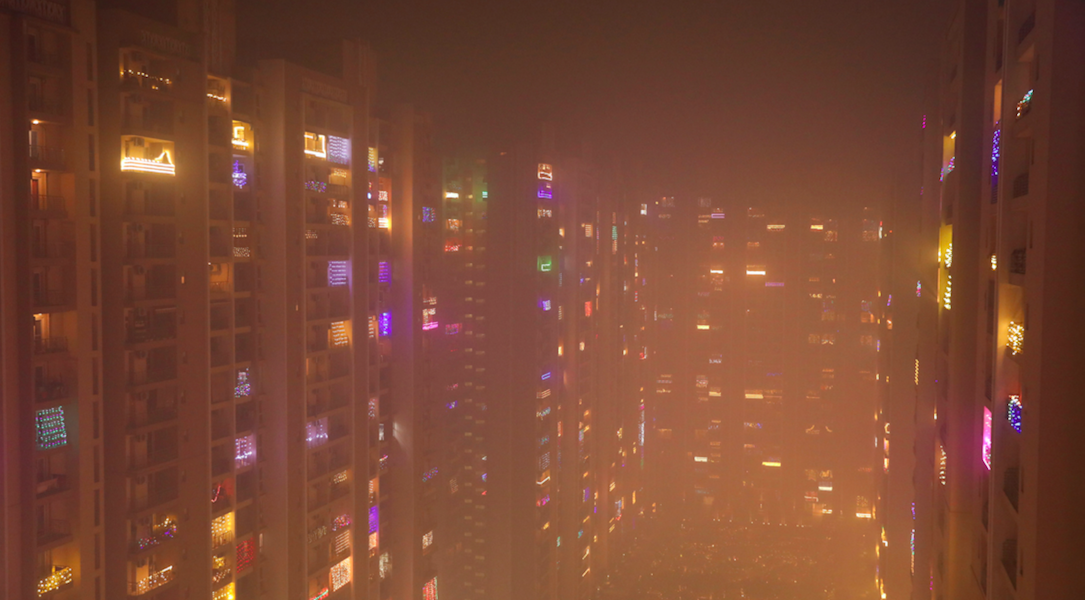 Lights decorating the balconies of a high-rise are seen shrouded in smog in Noida, India, November 5, 2021. REUTERS/Anushree Fadnavis

New Delhi: On November 5, the day after Diwali, residents in many parts of Delhi-NCR woke up with breathing difficulties as a thick layer of acrid smog descended on the city. 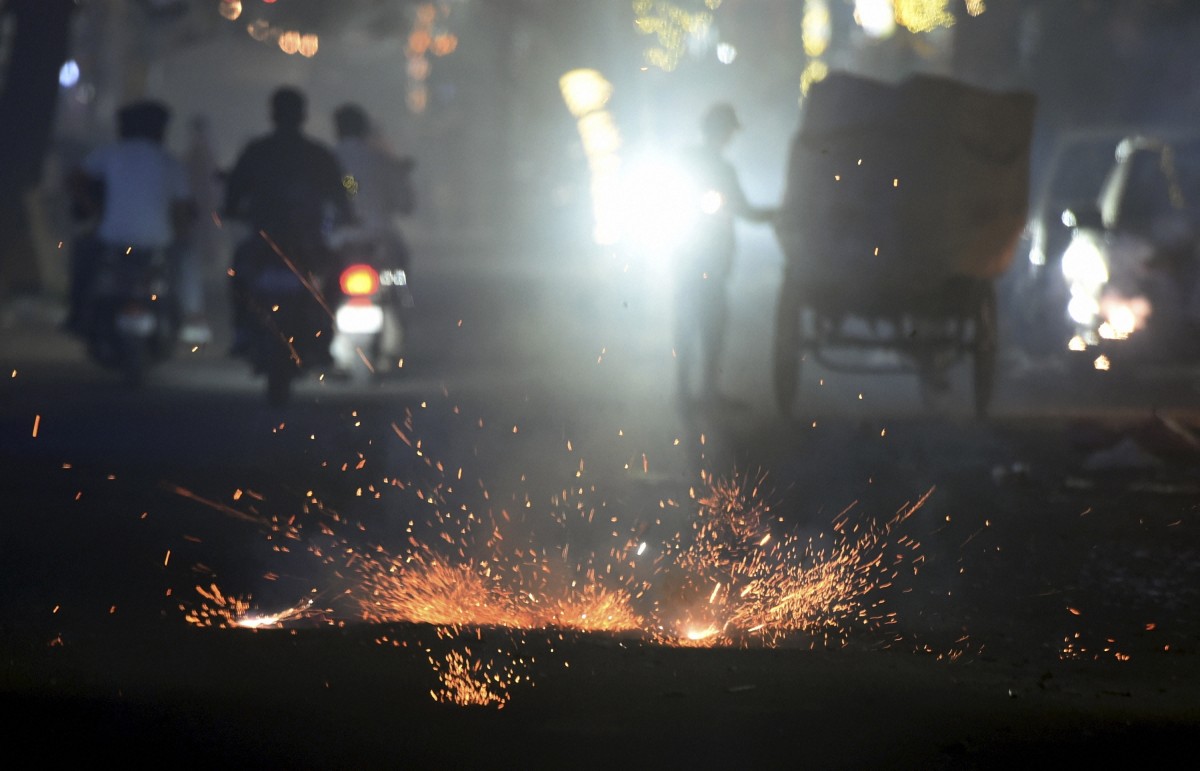 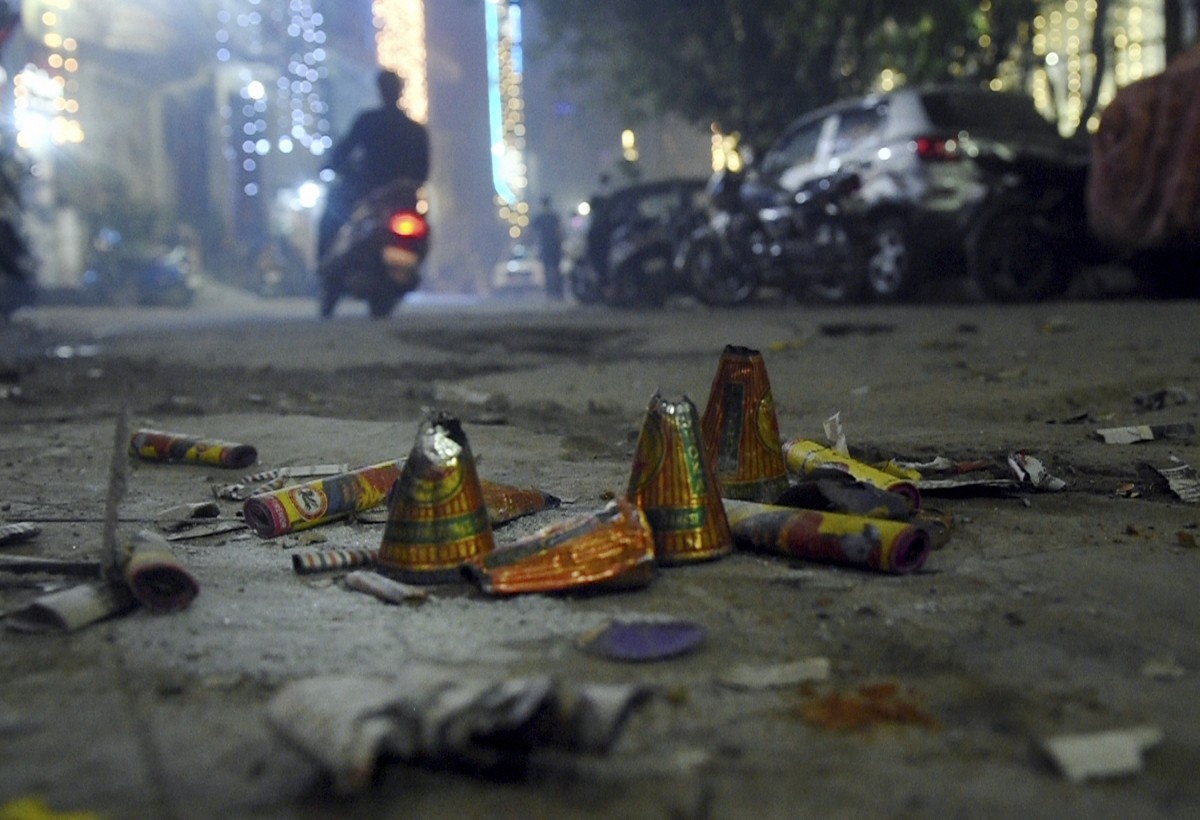 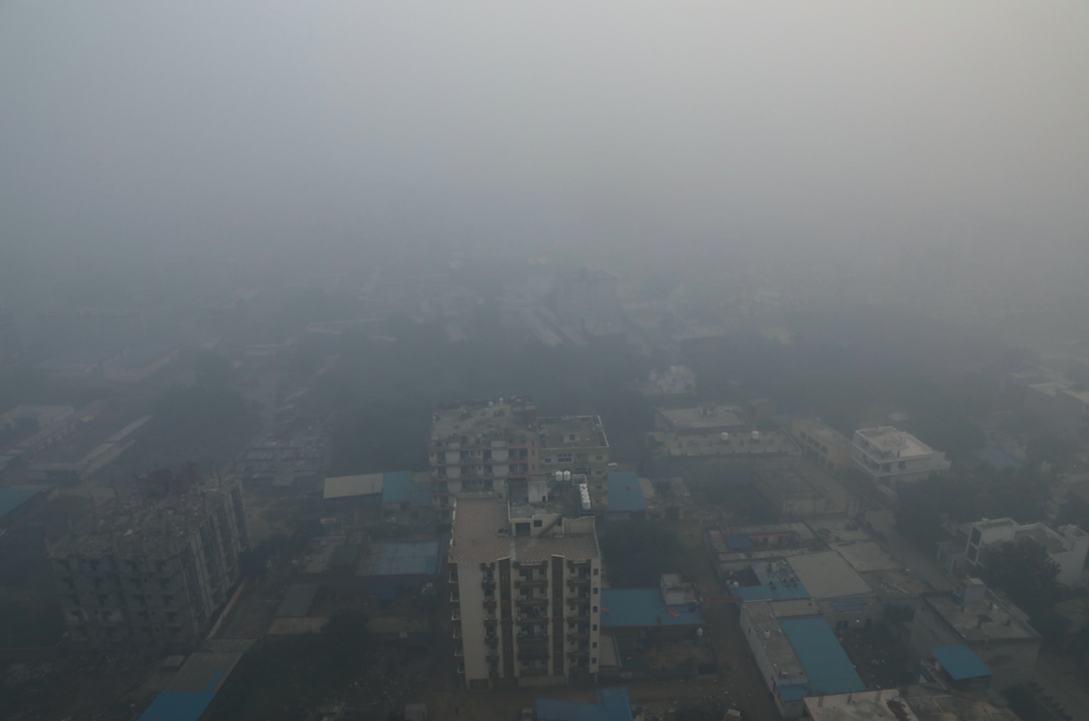 Fog conditions intensified in Delhi-NCR on Friday morning, lowering visibility at the Indira Gandhi International Airport and the Safdarjung Airport to the range of 200 to 500 metres at 5:30 am. People from several parts of the capital and its suburbs complained of headache, itchy throat and watery eyes, as the thick layer of smog partially blotted out the sun in the morning.

Concerned citizens and environment activists shared pictures and videos of fireworks on social media and called the ban on crackers a joke.

Sick of the lack of commitment to making the capital more liveable, Ambrish Mithal, a doctor at the Max HealthCare hospital in New Delhi, vented his frustration over the deteriorating AQI readings.

“It’s terrible for those with allergies and asthma. We will continue to squabble over reasons and are doomed to suffer,” he wrote in a post on Twitter. Birds perch on street light poles amid low visibility due to a thick layer of smog, a day after Diwali celebrations in New Delhi, Friday, Nov. 5, 2021. Photo: PTI 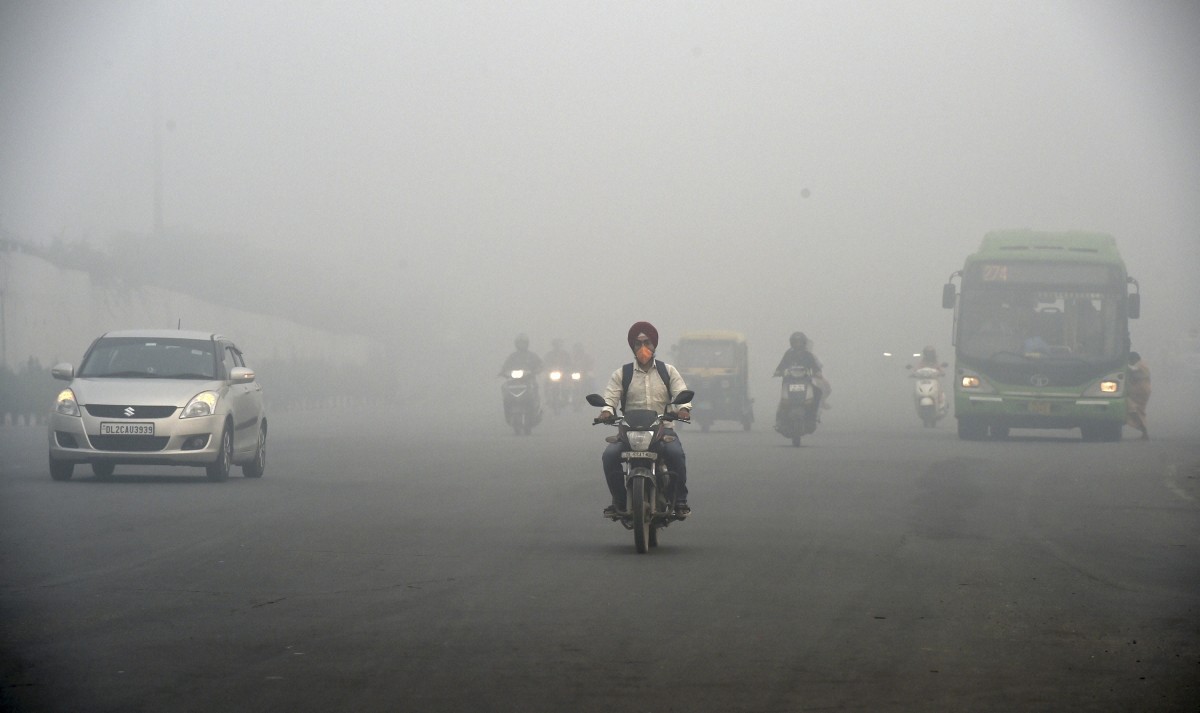 Vehicles ply amid low visibility due to a thick layer of smog, a day after Diwali celebrations in New Delhi, Friday, Nov. 5, 2021. Photo: PTI

“The firecracker ban didn’t seem to be successful in Delhi, which led to hazardous pollution levels adding on top of existing perennial sources,” Sunil Dahiya, Analyst, Centre for Research on Energy and Clean Air (CREA) said.

Every year, either government authorities or India’s Supreme Court impose a ban on firecrackers. But the bans rarely appear to be enforced.

Making matters worse, Diwali falls in period when farmers in the Delhi’s neighbouring states of Punjab and Haryana burn the stubble left after harvesting to prepare their fields for the next crop. 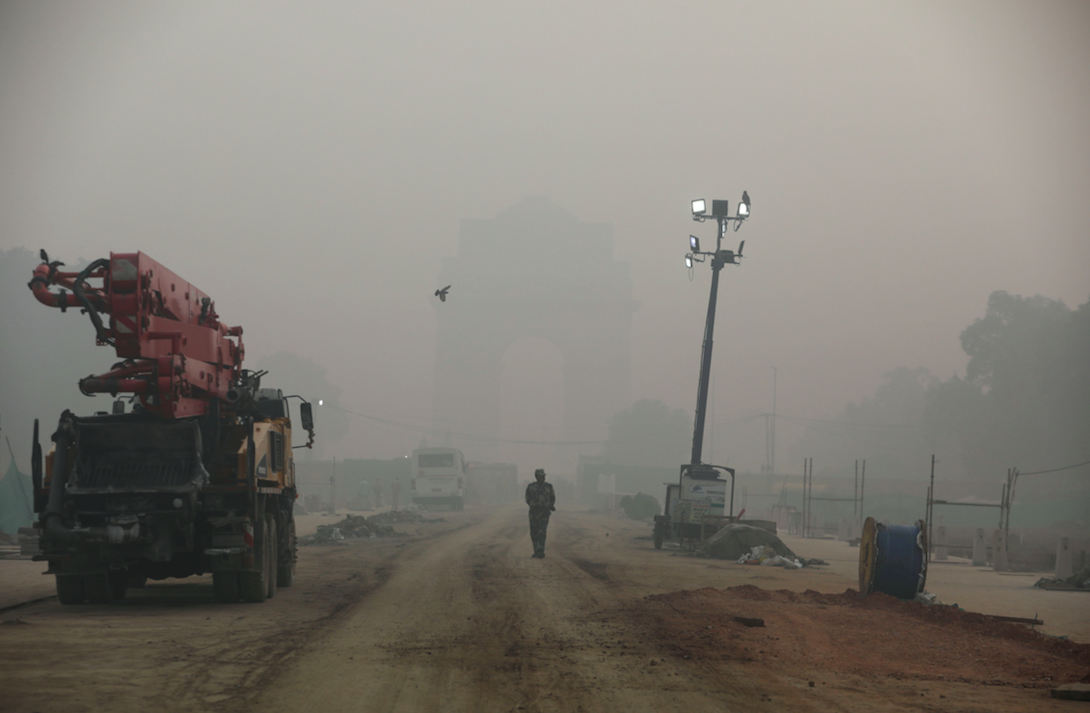 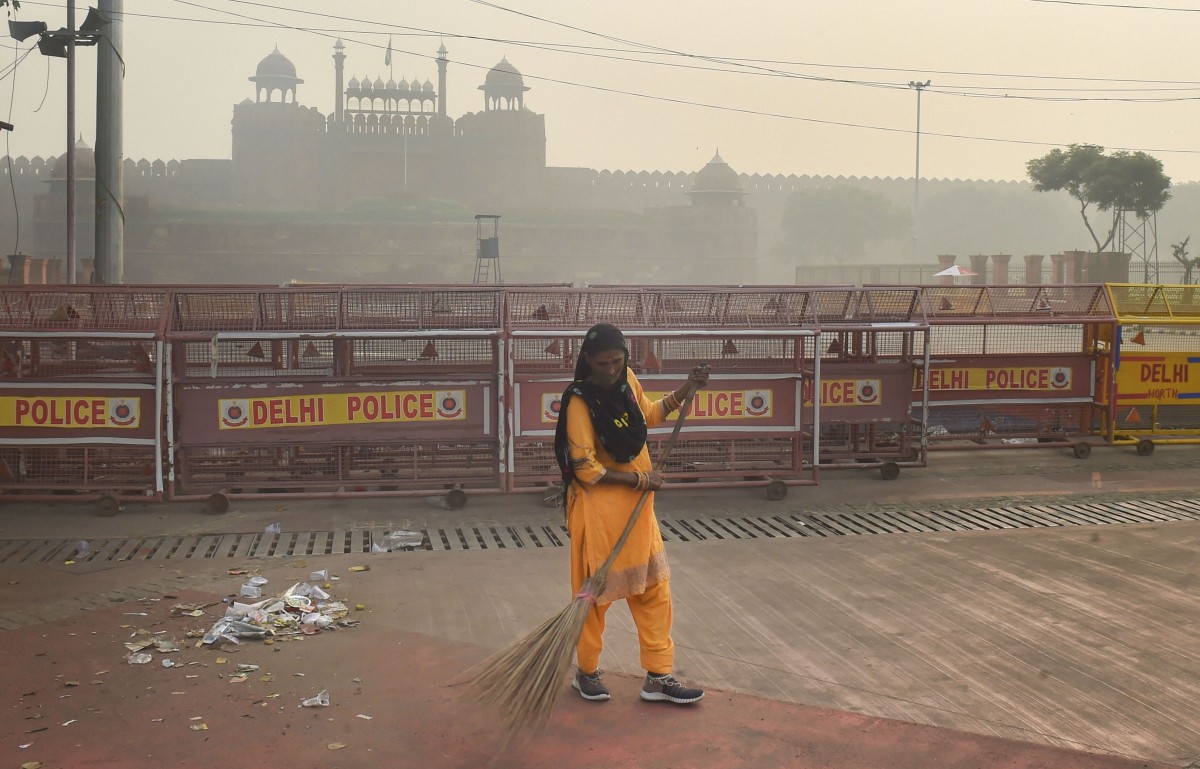