Past Eight Years Have Been the Warmest Ever Due to Rising Greenhouse Gases: UN Report on Climate

Painting a bleak picture for the global climate, the World Meteorological Organization's 'Provisional State of the Global Climate 2022' observed that extreme weather events have affected millions across the world and cost billions this year. 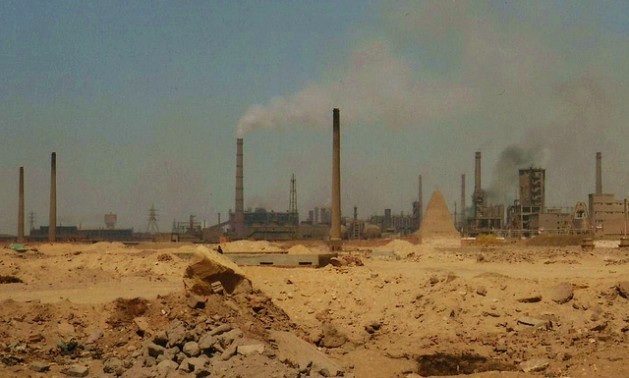 Kochi: The past eight years (2015-22) have been the warmest ever recorded years so far thanks to the rising greenhouse gas concentrations in the atmosphere which contributed to the resulting heat, the Global State of the Climate report for 2022 stated.

The report by the United Nations’ World Meteorological Organization (WMO), released on Sunday, November 6, observed that extreme weather events, including heat waves, droughts, and floods, have affected millions across the world and cost billions this year.

Predicting a bleak outlook for the world’s climate, the latest report in question warned that together these and several other changes are “undermining the global ability to achieve sustainable development”, by “directly impacting” several Sustainable Development Goals.

The latest findings mirror those listed out by earlier reports on climate published by the Intergovernmental Panel on Climate Change this year, according to experts on climate. Of concern for India is also the increased frequencies of marine heatwaves in the region, they added.

The WMO is a specialised agency of the United Nations whose mandate covers weather, climate and water resources. It produces annual reports that provide a snapshot of the current state of climate worldwide by taking into account important climate indicators, extreme events and their consequences.

On November 6, the WMO released its provisional report for 2022 (the final report will be published in April 2023). The report, titled WMO Provisional State of the Global Climate 2022, paints a bleak picture of the current state of the world’s climate.

Antarctic sea-ice extent shrank to a record low in February 2022. And sea level has continued to rise, as it has risen nearly 10 millimeters since January 2020. The rate of sea level rise has doubled since 1993. The ocean is warming up too. Together, rising sea and surface temperatures are affecting the world through weather extremes and their associated impacts.

Marine heatwaves are something he’s concerned about, said Roxy Mathew Koll, a scientist at the Indian Institute of Tropical Meteorology, Pune.

A marine heatwave occurs when seawater temperatures exceed a seasonal threshold for at least five consecutive days. According to the 2022 State of the Global Climate report, these have become more frequent over the 20th and 21st centuries. Overall, 55% of the ocean surface experienced at least one marine heatwave during 2022.

The accompanying figure in the report shows that the Arabian Sea and the Bay of Bengal surrounding the Indian subcontinent are one of the regions that have been severely hit by such marine heatwaves, Koll said.

“Our research shows that [marine heatwaves] are intensifying in the Indian Ocean, and this could have potential impacts on the fisheries and the marine ecosystem,” he said. “However, we need in-depth research and data to investigate how these heatwaves are impacting the fish species considering their tolerance levels, migration, and dietary habits.”

With marine heatwaves also intensifying cyclones and altering monsoon rainfall patterns, there is a need to monitor these events and explore the possibility of forecasting marine heatwaves, he added.

According to the report, the “high-impact events of 2022” include the heatwaves and floods that South Asia, including India and Pakistan, witnessed. The resulting impacts on crop yield and India’s bans and restrictions on wheat and rice exports “are threatening the international food markets and posing risks to countries already affected by shortages of staple foods”, the report noted.

Other high-impact events include the drought in the Greater Horn of Africa, floods in South Africa, and heatwaves and droughts in the northern hemisphere.

“The greater the warming, the worse the impacts. We have such high levels of carbon dioxide in the atmosphere now that the lower 1.5°C of the Paris Agreement is barely within reach,” said WMO secretary-general, Petteri Taalas.

“The findings of the report are not surprising,” said Anjal Prakash, research director, Bharti Institute of Public Policy, Indian School of Business. “The report reaffirms the findings of the 2022 IPCC reports. It’s now common knowledge that the earth is warming at unprecedented rates, and its consequences are being borne by the people who contributed least to this process.”

The report shows that there is an urgency for climate action and countries of the industrialised north must own up to the responsibility and pay towards the loss and damages happening in the global south, Prakash said.

“These reports bring in the issue of climate justice in a much more pronounced way. I hope that COP 27 can fix the responsibilities of the countries and work towards a common future where levels of warming are curbed through collective action.”

The 27th Conference of Parties (COP27), the annual meeting of parties to the United Nations Framework Convention on Climate Change to decide on the ways to tackle climate change, is currently in session at Sharm El-Sheikh in Egypt.