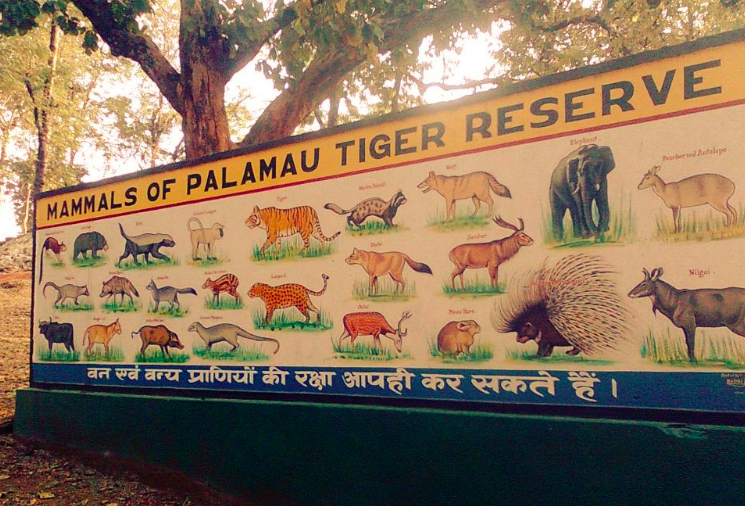 In recent years, tigers have repeatedly entered Pilibhit's farmlands and homesteads and have then been captured by authorities. Photo: http://barwadih.in

New Delhi: Around 3.44 lakh trees will be felled to make way for a dam in Jharkhand’s Palamu Tiger Reserve.

According to Hindustan Times, the state’s water resource department has already received permission to chop the trees for the North Koel reservoir, also known as Mandal dam. The department deposited Rs 461 crore with the forest department.

The environment ministry of the Government of India approved the diversion of 1,000 hectares of forest land for the revival of the dam in August 2017. The clearance includes felling of trees in the buffer area of the Palamu reserve. Approvals have been given for major development projects in other tiger reserves of the country also.

According to the latest estimation report, there were no tigers present in the reserve, the oldest for tigers in India. However, wildlife experts have expressed concern, as the felling of such a large number of trees would damage the ecosystem.

The state’s former chief wildlife warden Pradeep Kumar told Hindustan Times that the reserve has already “suffered significant damage” because of the expansion of road and railway network. “Now, felling of trees will add further damaged to the biodiversity,” he said.

The water resources department has sought a formal no-objection certificate (NOC) from the forest department to begin work on the dam. Mukesh Kumar, chief engineer of the water resource department in Daltonganj said that if “everything moved on dotted lines, the work could begin after the rainy season”. “Centre’s agency WAPCOS Pvt limited will execute the tree felling work,” he told Hindustan Times.

A report published in Mongabay earlier this year highlighted the increasing threat to tiger reserves and corridors from development projects. In the past few years, the Ministry of Environment, Forest and Climate Change has given the green signal to major projects in the Panna Tiger Reserve in Madhya Pradesh, apart from the Palamu reserve. A uranium mining project was also approved in Amrabad reserve of Telangana this year.

Wildlife conservationist Prerna Bindra told Mongabay that “diversion of land from tiger reserves is a betrayal to the sacrifice of forest staff for reviving tiger population and of the communities who have been voluntarily relocated from those areas as well.”