Small steps by Pakistan are helping it create resilience in the face of climate change, an issue the Indus Waters Treaty did not anticipate, and which endangers it. 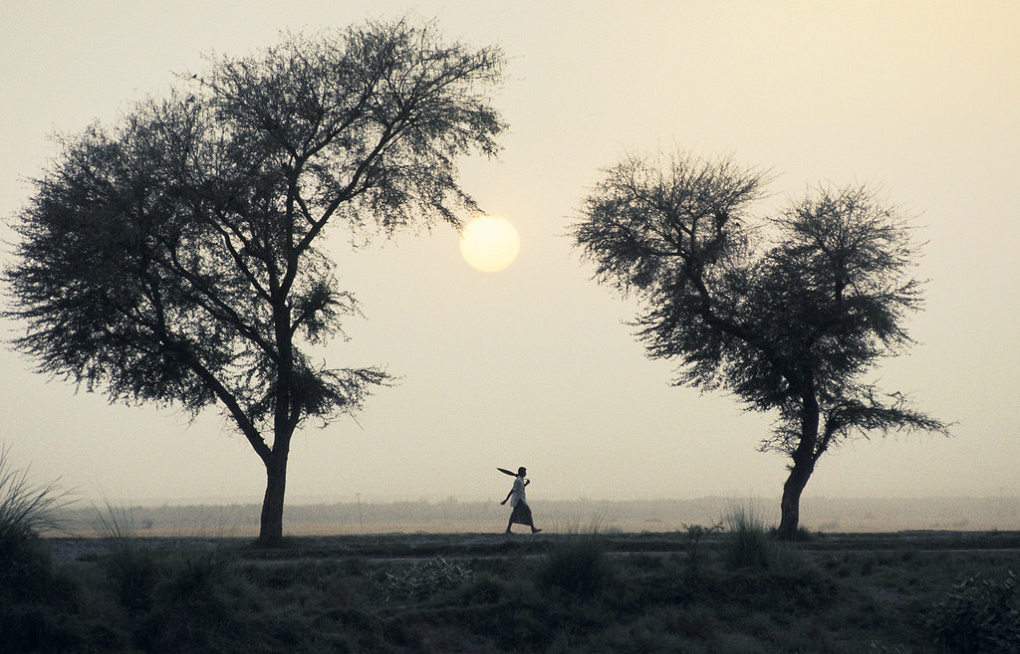 In recent months, the Indus Waters Treaty (IWT) has been in the headlines – and for all the wrong reasons.

As India-Pakistan relations have worsened, the IWT – one of the few longstanding symbols of cooperation between the bitter rivals – has come under significant strain. Last September, the Indian government threatened to revoke the treaty (fortunately it didn’t follow through). Several months later, India and Pakistan proposed separate channels of IWT-sanctioned mediation to resolve a dispute over several dams – an unprecedented move that raised additional questions about the treaty’s ability to withstand the deepening political tensions between its signatories.

These developments have emerged against the backdrop of an even more serious threat to the IWT – climate change. This phenomenon has contributed, in no small part, to the droughts, floods, and glacial melt that have convulsed both countries in recent years, resulting in dramatic changes to the Subcontinent’s hydro environment – from added strain on water infrastructure to new patterns of river flows. Given that the IWT’s river-sharing regulations were drawn up decades ago, before climate change became the serious concern that it is today, some observers contend that it’s time to revise, if not jettison altogether, an increasingly behind-the-times accord.

Lost in this narrative, however, is an under-reported reality – Pakistan, the vulnerable lower riparian, has actually made some substantive progress with climate change mitigation policies. In effect, Pakistan has done its modest part to push back against one of the core threats to the IWT.

In 2013, Pakistan launched a National Climate Change Policy (NCCP) and an accompanying implementation framework. It proposes the development of renewables, the imposition of a carbon tax, and the implementation of “green fiscal reforms” to reduce emissions.

Hold on, one might say. Pakistan has introduced scores of promising laws and policies that fail to get implemented. And yet the NCCP is different  – thanks to the efforts of Syed Mansoor Ali Shah, a judge with the high court of Lahore. In 2015, in a ruling with few precedents anywhere in the world, he ordered Islamabad to do more to enforce the climate change adaptation measures articulated in the NCCP. His ruling also established a new climate change commission to oversee the process. Subsequent orders issued by Shah laid out a detailed timetable for commission meetings and the fulfillment of expected deliverables.

Accompanying the NCCP has been a series of government efforts to incentivise both producers and consumers to embrace renewables. Islamabad has announced generous upfront tariffs to solar and small hydro power producers. It has approved new measures that facilitate the installation of rooftop solar panels for private use, and that enable solar-powered homeowners to receive credits on future energy bills if they allow their excess solar power to be supplied to the national grid. The State Bank of Pakistan and Alternative Energy Development Board have announced a new mortgage financing option that enables homeowners to borrow up to $50,000 against their mortgage to pay for the installation of rooftop solar panels. Meanwhile, the provincial government in Khyber-Pakhtunkhwa has announced a plan to provide solar power to nearly 6,000 off-grid households – while footing 90% of the bill.

To be sure, this progress is more modest than robust, and formidable obstacles stand in the way of deeper and sustained climate change mitigation efforts. Climate change – as in many other countries – is not viewed by Islamabad as a priority relative to more immediate policy concerns. Solar and wind energy costs are prohibitively high. Additionally, Pakistan’s 18th constitutional amendment, which was ratified in 2010 and devolves more power and resources to the provinces, axed the national environment ministry and transferred authority over environment regulation to provincial authorities woefully unfamiliar with environmental policy. On top of all this, Pakistan’s rapid urbanisation – and the increase in heavy industrialisation and exhaust-belching automobiles that this entails – ensures relentless environmental stress.

And yet, it would be a travesty if the very real progress Pakistan has made in climate change mitigation were to go to waste. This progress can be safeguarded and enhanced by introducing additional measures – civil society and media-led awareness-building campaigns about the climate change threat; more regulation of renewable energy markets to attract more investors and bring costs down (middlemen often take advantage of an unregulated environment to sell renewable products at sky-high prices); climate change-blunting correctives such as stringent new laws against deforestation; and the recruitment of international donors to sponsor capacity-building training programs that help provincial officials better learn how to oversee environmental policy.

To be sure, even if all these additional measures were implemented, climate change would still be a clear and present danger. Still, the work Pakistan has done, and the additional work it should do, can reduce this threat, albeit very modestly.

The 67-year old IWT is increasingly at risk of becoming a casualty of the ugly geopolitics of the India-Pakistan relationship. Here’s hoping it also doesn’t become doomed to obsolescence by the destructive effects of climate change. Fortunately, if Pakistan can sustain its quiet mitigation efforts, it can deliver a blow to the argument that the harshness of global warming makes the IWT outdated.

That would be a welcome development, because the ageing accord deserves a break. This is the IWT, after all – one of the world’s most admired examples of trans-boundary water management. It is a status it has enjoyed for decades, and – if it can ride out the current storm –for many more decades to come.

Michael Kugelman is deputy director for the Asia Program and senior associate for South Asia at the Woodrow Wilson International Center for Scholars in Washington DC. He can be reached at michael.kugelman@wilsoncenter.org and on Twitter @MichaelKugelman. This article is based on his chapter, “Managing Energy and Climate Policy Challenges in Pakistan: Modest Progress, Major Problems,” in the new Routledge Handbook of Transitions to Energy and Climate Security.

This article was first published on The Third Pole.