The animals were stuck without food because of road blocks due to snow. 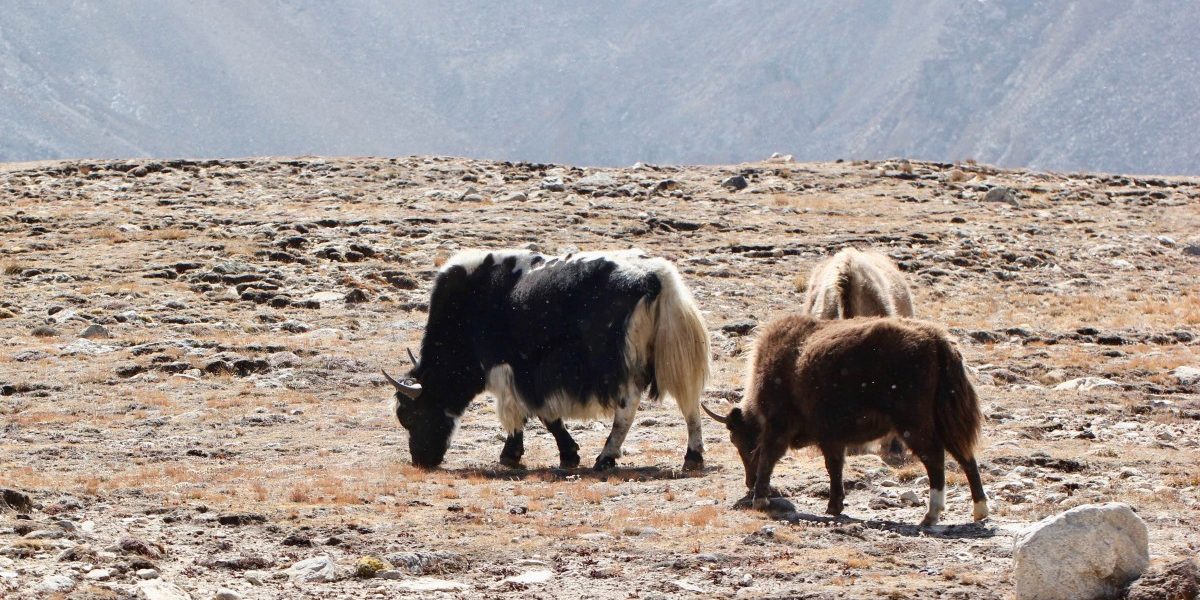 New Delhi: Over 300 domesticated yaks were found dead in the higher reaches of North Sikkim due to starvation. The yaks, belonging to about 25 families of herders and farmers in the Lachen area, went to Mukuthang and Yumthang valleys of North Sikkim – situated close to the India-China border – for grazing last December. However, due to heavy snowfall, the road was blocked, forcing them to stay put in those areas without food.

Though the yak owners reported the issue to the local administration before moving to lower reaches, the motorable road to the areas situated above 15,000 feet couldn’t be cleared due to heavy snowfall. Though an attempt was reportedly made to drop food for them from a helicopter, bad weather conditions prevented it.

Early this week, after the road re-opened, the sub-divisional magistrate accompanied by officials of the state’s Animal Husbandry Department went looking for the herd with food and found the carcasses of over 300 yaks. As per local news reports, while 250 of them were found dead in Mukhuthang, at least 50 carcasses were retrieved from Yumthang.

District magistrate Raj Yadav told reporters that attempts were being made with the help of a team of ITBP personnel stationed in the area to save the yaks who were found alive. He said the state administration has approved compensation of Rs 30,000 for each yak to the owners, as they make a living out of cattle rearing. However, no single owner would be compensated for more than three yaks.

Yadav said the district administration is ascertaining the actual number of death and would likely submit a report by May 13, following which the compensation would be disbursed to the owners.

Every winter, at least a dozen yaks die in the area due to the lack of fodder for a protracted period, but this year’s toll is said to be the highest in recent memory.