Over 1,300 People Died in 2 Months of Monsoon This Year

In 2019, at least 1,351 people have already died due to floods, heavy rainfall and landslides in just two months of the monsoon season compared to over 1,550 people in during July-October 2018. 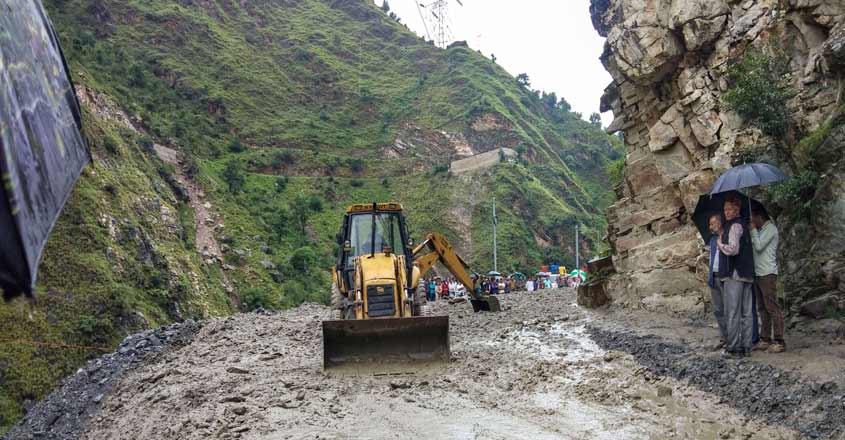 Episodes of heavy, intense and unprecedented rainfall in a single day are increasing in India, endangering both human lives and property. So far this year, according to the data analysed by Mongabay-India, around 1,351 people have already lost their lives due to floods, heavy rainfall and landslides in just two months of the monsoon season, between July-August 2019, compared to 1,562 monsoon-related deaths last year between July-October.

From hilly states like Uttarakhand or Himachal Pradesh, to the plains in Madhya Pradesh or a coastal state like Kerala, floods and extreme rainfalls events have made an appearance across landscapes the country this year. Environmentalists explain that unregulated development and willful ignorance of floodplains and catchment areas of rivers increase the impact of such events.

On August 18 this year, Himachal Pradesh recorded the highest-ever rainfall in 24 hours over the state. According to the India Meteorological Department (IMD), the hilly state as a whole received 102.5 millimetre rainfall, many times over the historical average for this day . It led to the death of 49 people and damage to property worth billions of rupees.

Similarly, Kerala that witnessed unprecedented rainfall in 2018, which was declared as a once-a-century event leading to the death of 506 people and displacing over a million, once again faced floods. In 2019, Kerala witnessed heavy rainfall events and recorded a loss of at least 174 deaths till now.

In the hilly state of Himachal Pradesh, unsustainable development and unregulated tourism are among the reasons that are increasing the impact of such unprecedented rainfall events, explained noted environmentalist Kulbhushan Upmanyu.

“Global warming is a reality and Himalayas are not untouched by its impact but local factors in an area increases the impact of climate change. As a result, hills in India are getting warmer faster as compared to the plains. Unchecked disposal of debris from road construction and other projects in rivers in Himachal are leading to more destruction as the river bed comes up and areas which have never seen floods before are experiencing them now,” Upmanyu said.

“Another major point that needs to be remembered is unregulated and irresponsible tourism. There needs to be some regulation in accordance with the carrying capacity of the state and sustainable tourism practices including proper waste management,” said Upmanyu, who is the chairman of Himachal-based environmental group Himalaya Niti Abhiyan.

According to the data of the Indian Brand Equity Foundation, Himachal Pradesh contributes to 6.6 percent in the state’s Gross Domestic Product and over 16 million domestic and foreign tourists visited the state in 2018 which is much more compared to the 6.8 million population of the state.

The report had also emphasised on the importance of the carrying capacity of IHR and called for promoting sustainable tourism.

Mongabay-India analysed the data of the disaster management division of the Indian government’s ministry of home affairs. According to the analysis, of the 1,351 deaths recorded due to floods, heavy rainfall and landslide this year (July- August till now) across 14 states, Maharashtra tops the list with 271 human lives lost followed by West Bengal with 179 and Kerala with 174. In 2018 (July-October), of the total of 1,562 deaths across 13 states, Kerala had topped the list with 506 human lives lost followed by Uttar Pradesh with 299 and West Bengal with 266 human deaths. In 2015-2017, a total of 4,854 human lives were lost due to floods. 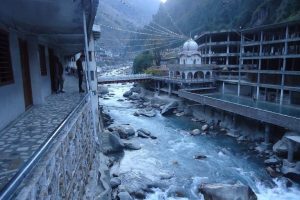 In a recent interview, IMD’s director general M. Mohapatra explained that climate change is leading to more days of heavy and intense rainfall in India’s monsoon season compared to days with light and moderate rainfall.

“If we see the variation of rainfall within a season, even though the total rainfall is remaining the same for the country as a whole, there are a lot of variations in different spaces and timescales. The assertion that rainfall is not well distributed throughout the season and is limited to some intense events is right to some extent. Studies are showing that the number of days with heavy rainfall (more than 15 centimetres) is increasing and the number of days with light and moderate rainfall is decreasing,” Mohapatra said.

Punjab’s plan to canalise rivers could lead to disaster

Of the total geographical area of 329 million hectares area of the country, more than 40 million hectares is flood-prone. According to the Indian government’s official data, a total of 107,487 human lives have been lost to floods and heavy rainfalls in India, during 1953-2017, which means, on average, every year 1,654 deaths were recorded. In 1977, the country recorded the highest-ever single deaths in a year with the loss of 11,316 human lives.

The floods and heavy rainfall during this period also led to the death of over six million cattle, damage to public utilities worth over Rs 2.01 trillion, to crops worth Rs 1.09 trillion and to houses worth over Rs 535 billion.

But despite floods creating such widespread havoc every year, experts feel very little is being done to protect floodplains and the catchment areas of the rivers that could prevent monsoon disasters. Instead the focus is more on creating the infrastructure to contain them.

For instance, the government of Punjab recently announced a plan to canalise all its rivers to avert floods with the help of international banks like World Bank. But environmentalists fear it could lead to more flooding.

“There needs to be a serious debate on this first. I come from the village where the river Swan passes and I have seen it since childhood that attempts to canalise that have always failed. What we need to understand is that everyone is willing to put money in these mega projects –  construction of canals – but no one is talking about investing in work related to the protection of catchment areas of rivers,” Devinder Sharma, Punjab-based agricultural policy expert, told said.

“The catchment area of rivers like Sutlej, Ganga and Brahmaputra is increasingly getting dry. Investment in the works related to the protection of catchment areas of rivers can certainly result in controlling the impact of floods. Another thing that we need to focus on is the impact of illegal mining and quarrying. States like Punjab, Uttarakhand and Himachal Pradesh need to state together to devise a common strategy for protecting rivers and its catchment areas,” said Sharma.