On Ganga Voyage, Priyanka Misses Chance to Question Modi on His River Plans

The BJP's previous campaign manifesto claimed the Ganga's water was required for the country's "spiritual and physical wellbeing". However, the river's health has only deteriorated since. 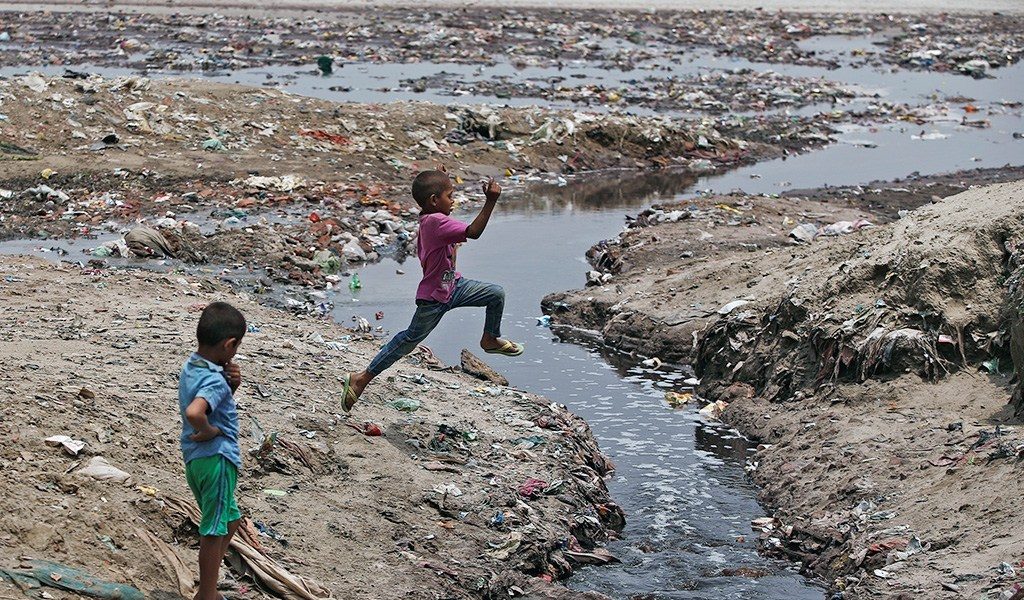 What prompted Priyanka Gandhi to take a three-day ride on a steamer from Prayagraj to Varanasi? This was an obvious challenge to Prime Minister Narendra Modi, who had claimed in 2014 that “Mother Ganga” had summoned him to fight the elections from Varanasi.

In contrast to Modi’s bluster and fury, Priyanka remained low-key as she posed before photographers, visited temples, interacted with students, anganwadi workers and others who had gathered at the ghats to hear her diatribe against the government.

Before setting out on March 18, she had tweeted (in Hindi) her memory of her grandmother, former Prime Minister Indira Gandhi. “[She] would speak to me at night and tell me the story of Joan of Arc. The words still echo in my heart: ‘Be fearless and all will be good’, she used to say.”

This was Priyanka’s chance to remind the people of her legacy – as well as of dynasty – as well as Indira’s contributions to the country. Whether this trip will be the first step towards reviving the moribund Congress party remains to be seen. However, environmentalists believe Priyanka squandered an opportunity to remind the people of her grandmother’s legacy as one of India’s foremost environmentalists as well.

The miss is more significant in light of Modi’s disgraceful record at protecting the Ganga river. The Bharatiya Janata Party’s previous campaign manifesto, in 2014, claimed the Ganga’s water was required for the country’s “spiritual and physical wellbeing”. After coming to power, Modi announced the ‘Namami Gange’ project to ensure the river’s purity and unimpeded flow with Rs 20,000 crore. But while a significant fraction of that allocation has been spent, the Ganga seems to be no better for it.

The Varanasi-based Sankat Mochan Foundation regularly tests the river’s water for pollution. It has found that the river’s faecal coliform content has only increased in the last five years.

The National Ganga Council, headed by Modi and appointed to inspect the river for cleanliness, is yet to meet since it was floated in 2016. On the back of this and many other concerns, including the tragic death of G.D. Agarwal, the prime minister’s commitment remains questionable.

Brahmachari Dharmendra, one of the sadhus who assisted Agarwal during the latter’s fast, said Modi had ignored two letters Agarwal had sent him. Uma Bharti, the former water resources minister, had also persuaded Agarwal to speak to Gadkari. However, Agarwal reiterated his demand that the government not build a series of dams on the river’s tributaries, Gadkari reportedly slammed the phone on the activist.

However, Priyanka skipped asking any of these questions on her 100-km journey, as if they didn’t matter.

The Indo-Gangetic basin hosts the world’s largest surface-water irrigation system, supporting the lives and livelihoods of 800 million people. Apart from the Ganga’s own pollution, the basin is also becoming more saline and contaminated with arsenic. Many farmers in the region are also aware that the Gangotri glacier is shrinking by over 10 metres every year.

Priyanka’s own steamer ride was delayed by four days because they didn’t have enough water and the administration wanted to stave off the embarrassment of her steamer getting stuck.

Also read: Gadkari Not on the Side of the Angels Where Ganga Is Concerned: Jairam Ramesh

Given all these issues, Priyanka should have asked why the Yogi Adityanath government increased the Ganga’s velocity by releasing it from different dams at Tehri, Bijnor and Narora from December onwards. Adityanath did so because he wanted the Ardh Kumbh Mela, when millions of devotees took dips in the river, to be a success. This shows that the government can indeed ensure good flow if it wishes to, not just for selfish reasons.

Manoj Misra, an environmentalist and the head of the Yamuna Jiye Abhiyaan, had called the act one of “sheer deception — not just with the river but also with the devotees. You diverted water from farmers who needed it for irrigation purposes for three months without providing them any alternatives.”

Rajiv Gandhi, Priyanka’s father, had mooted the first government initiative to clean the Ganga, but it lapsed after his death.

Today most – if not all – of India’s rivers are in dire straits. And as has usually been the case, the world, and India, paid lip-service to World Water Day on March 22 but took no proper steps to save its water bodies.

This is why it grates even more that Priyanka could have changed this narrative but chose not to. As a barb directed at the prime minister, it would have carried much weight as water issues matter not just to farmers but to all of us. Why didn’t she?