Ground Report: In the Aftermath of Cyclone Fani, Puri Struggles to Recover

Puri (Odisha): “We are living in the open. The cyclone damaged our house. Even worse, all the coconut trees in our orchard have been flattened. We have lost our only source of livelihood,” said Ranju in Satsankh village, along the Bhubaneswar-Puri highway.

Cyclone Fani has wreaked havoc on the lives and livelihoods of thousands of people in Puri’s nut-growing belt, stretching Satsankh to Sakshigopal. Selling coconuts and making ropes out of coir have been the mainstays of the area’s economy, which lies in tatters in the wake of the cyclone which hit this region the worst.

Driving along National Highway 306, all one can see are acres of coconut orchards flattened by Cyclone Fani, which made landfall on May 3.

Enjoying some tender coconuts on the road has been a routine for tourists visiting Puri, but one can now see desperation on the sellers’ faces. “There is no point bargaining now. We want to finish whatever we have because there are no coconuts left in the trees now,” said Sudarshan, a coconut farmer trying to sell his crop in Sakshigopal.

The scale of destruction caused can be gauged from the number of uprooted trees, electric poles and billboards scattered along NH 306.

Villagers in areas like Pipli, Satsankh and Sakshigopal have taken the initiative to clear the roads themselves, by removing fallen trees and electricity poles, as the administration continues to struggle.

The sea front in Puri, usually the most crowded area of the town, wore a forlorn look, with all the hotels closed. “With no power and no assured water supply, we cannot open the hotels,” said Ramkrishna Das Mohapatra, the Daitapati Niyog secretary who is also in the hotel business. 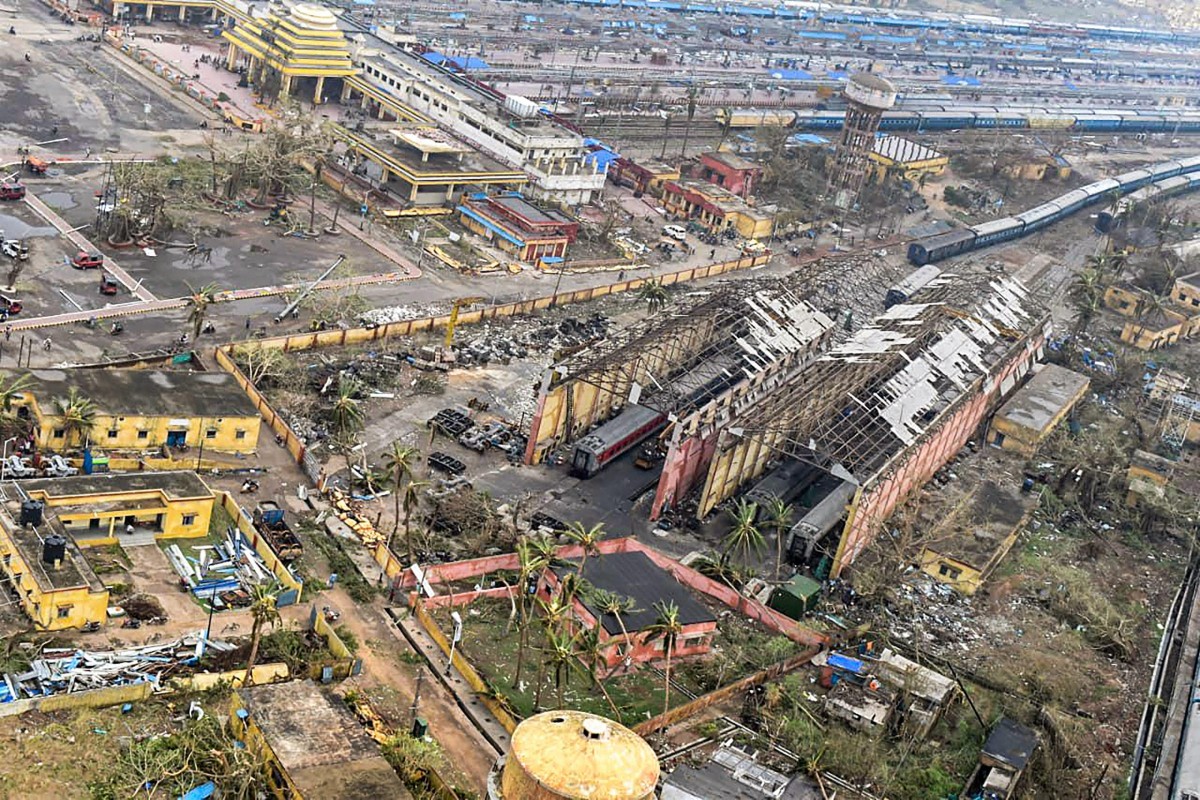 Tourism secretary Vishal Dev on Wednesday held a meeting with town’s hoteliers and energy department officials in a desperate bid to revive the tourism business, which had been the biggest casualty of the calamity. He assured the best possible cooperation from the government to the hotel industry.

The 12th-century Jagannath temple, the town’s most famous landmark, has also suffered, with only a few pilgrims visiting the shrine. Water crisis had affected the functioning of the temple, though mahaprasad is being cooked as usual. “We are using water from two wells to cook the mahaprasad. But we are not getting enough water for our other needs,” said a temple sevayat.

Thousands of power workers and public health engineering organisation staff are working almost around the clock to normalise power and water supply in the town, but the task is too large to be achieved in a few days.