Not Just Tigers, Our Leopards Are in Trouble As Well – and We're Ignoring Them 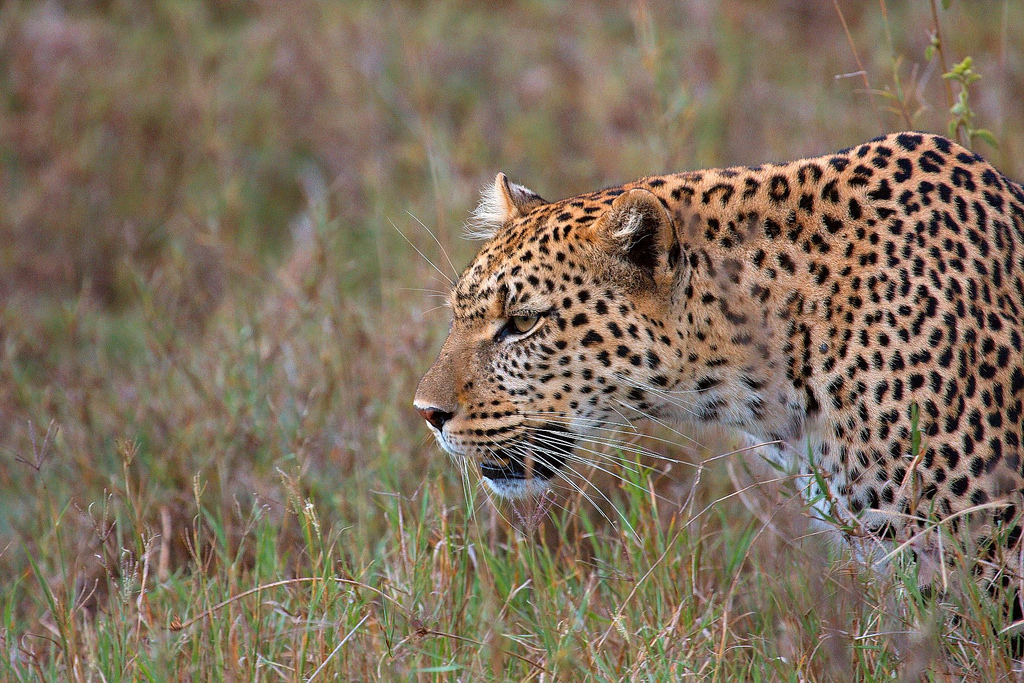 Since 1750, through the Industrial Revolution, the rise and fall of colonialism in Africa and a steadily warming Earth, leopards in Asia and Africa have lost access to 75% of the land they once used to occupy. The ranges have shrunk mainly because of decreasing prey densities, loss of habitat, conflicts with humans, poaching and trophy-hunting. The changes are more drastic in Asia than Africa, especially in the southeastern and northeastern regions. And we haven’t noticed them because tigers and elephants were easier to pay attention to.

The finding was the result of a study that gleaned data from a wide variety of sources and published on May 4 in the journal PeerJ. Its authors are affiliated with over 15 institutions, including the International Union for Conservation of Nature’s (IUCN) Cat Specialist Group that is responsible for making the Red List updates to leopards.

Around the world, the most significant loss of range has occurred in South Africa, western Africa, across the western coast of Saudi Arabia, over a large swath in northern India, Myanmar, Thailand, Java (Indonesia), south and north-central China and the Korean Peninsula. In all, the animals have altogether disappeared from 63% of the land they once roamed in, an area of almost 22 million sq. km., while they may have disappeared from another 3.5 million sq. km.

For the evaluation, data about sightings of nine leopard subspecies were collected from a variety of sources containing relevant information for the period of 1750-2016. Apart from pre-dating the Industrial Revolution, the year 1750 was also chosen because it came before the rise of colonialism in Africa. In all, the researchers used over 6,000 records derived from 1,300 sources and to cover 2,500 locations. Data-points that could be objectively verified against historical records, official surveys, field visits and expert attestations were ranked higher than data that couldn’t. All scientific articles included in the evaluation had been peer-reviewed before publication.

Leopards are among the most adaptable carnivores, possessing a broad diet ranging from dogs to wild boars and able to live on barren land as much as within dense forests. They are not always threatened by humans and have been known to occupy adjacent territories with high population densities. Their persistence and the frequency with which they’ve been sighted has given rise to the notion that they are many in number and not threatened.

As Luke Dollar, one of the study’s authors and program director of the Big Cats initiative at National Geographic Society, said in a statement, “Leopards’ secretive nature, coupled with the occasional, brazen appearance of individual animals within megacities like Mumbai and Johannesburg, perpetuates the misconception that these big cats continue to thrive in the wild – when actually our study underlies the fact that they are increasingly threatened.”

According to Sanjay Gubbi, a wildlife conservationist and a scientist with the Nature Conservation Foundation, leopards’ appearance around cities like Mumbai and Bengaluru is also because these settlements are abutted by the Sanjay Gandhi National Park and the Bannerghatta National Park, respectively. Moreover, the animals are also to be found around dry deciduous and scrub forests, and this is the reason they make an appearance around Delhi and Jaipur as well. “From my experience of studying them across a large area in Karnataka, the message seems to be clear that natural habitats are cornerstones of leopard survival though they may use dynamic habitats like those of sugarcane, maize and other similar [ones] for various reasons,” he adds. “Take out the natural habitats that surround the dynamic habitats and the leopards could easily blink out.”

A study in 2000 found that leopards in Kenya didn’t face extinction as long as there were fewer humans than 958 every sq. km. However, their lives are particularly endangered when their habitats are converted to farmland, are fragmented and when, in the course of conflicts with humans, people act rashly and in fear. As the authors of the study write, the leopards’ “behavioural plasticity allows them to persist in areas where other big cats have been extirpated or severely isolated” but that the “adaptability does not necessarily inure the species against all levels of threat”.

Problems concerning all three factors have been increasingly reported in India. Rapidly changing land-use patterns in Kashmir have deprived wild animals of their access to forestland; alternatively, lands once used to plant rice now host apple orchards, attracting wild animals like bears toward human settlements, resulting in a growing number of attacks. Adding discrete protected areas isn’t a solution either because, though it may increase the amount of land available for animals to occupy, it also results in a fragmented range across which these animals can’t move freely. This problem is exacerbated by India possessing no policy to deal with animals or their habitats outside of protected areas, leaving the rocky outcrops with sparse green cover prized by leopards to be lost to mining activities, according to Gubbi.

“Leopards, especially outside protected areas, are facing severe threats due to loss of natural habitat, severe poaching of its natural wild prey, and direct extermination for their pelts and bones,” he adds. And  “increasingly in India, leopard deaths due to vehicular collisions and revenge killings seem to be having an impact on their numbers.” Between India, Pakistan, Sri Lanka and Bangladesh, the subspecies native to these lands (Indian leopard, Panthera pardus fusca) has lost 70-72% of its range. They currently number between 12,000 and 14,000 in India.

Worse, only two other subspecies have had it better: the Sri Lankan and African leopards, although the latter also occupies the most ‘uncertain range’, defined by the researchers as tracts where the leopards could be possibly present but definite data for which isn’t available. And three others – the Amur, Arabian and North Chinese leopards – now occupy less than 2% of their historic range.

Such a lopsided pattern of abundance isn’t restricted to the wild. Apart from denting the idea that our leopards are in less danger than are our tigers, the study also found that researchers around the world have in fact paid more attention to those subspecies of leopards that are better off. Of the 330 papers published on leopards since 2000, 81% addressed the Indian, African and Persian leopards alone while no more than six papers were devoted to studying the Amur, Javan, Sri Lankan and North Chinese leopards. The first two are critically endangered according to the IUCN, while the third is endangered and population data from the wild isn’t available for the fourth.

Within the Indian context, the issue is compounded by the fact that few studies have focused on leopards outside of protected areas. As a paper coauthored by scientists from India and Norway and published in September 2013 noted, “insights from multi-use landscapes” are as a result absent from the mainstream literature. They add: “Ninety percent of the papers are based on research carried out in or around protected areas (PAs). This pattern is even more striking for tigers, where all the papers reviewed were based on research in and around PAs. However, since the turn of the century, there is an expanding literature exploring the idea of large felids in conservation landscapes, centred on PAs but placed in a larger matrix of multi-use landscapes.”

Philipp Henschel, the lion program survey coordinator for Panthera, an organisation working toward conserving the world’s 38 wild cat species, and another coauthor of the study, wrote on his blog, “Conveniently, some of those species [that many researchers have chosen to study instead of the leopard] were also considerably easier to observe and count; studying leopards involves hacking your way through dense forest or bush, packed like a mule with remote camera traps while one can research lions and cheetahs from the driver’s seat of a Land Rover.”

Gubbi says that more than aspiring to reverse the range-change trends, “we need to focus a lot on halting the decline of the species” in reserved forests and the rocky outcrops. “It is absolutely necessary that we provide pragmatic, scalable solutions to reduce conflict or else the situation for the species, especially outside protected habitats, could be bleak.”

Note: This article has been updated to include the results of a September 2013 paper about the proportion of research carried out within protected areas in India.