Prafulla Samantara is a key leader in the long struggle against bauxite mining in a forest safeguarded by indigenous Dongria Kondh people for centuries.

Prafulla Samantara has been named winner of the 2017 Goldman Environmental Prize. Credit: thethirdpole.net 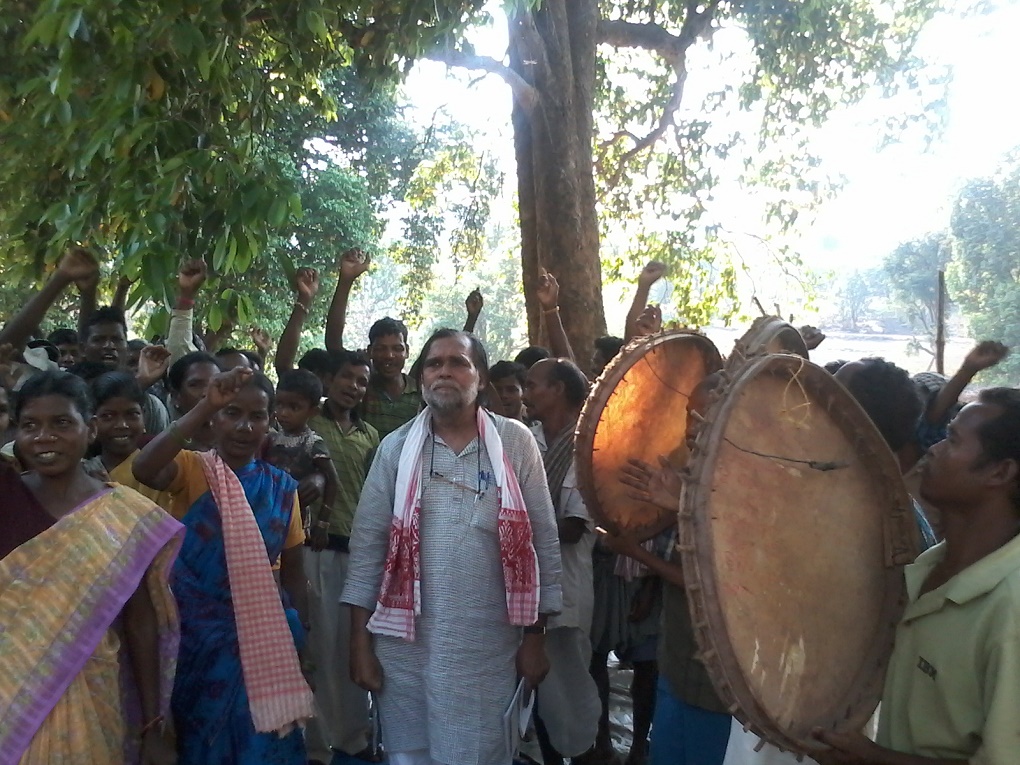 Prafulla Samantara has been named winner of the 2017 Goldman Environmental Prize. Credit: thethirdpole.net

The battle for the Niyamgiri hills in Odisha pitted indigenous residents of the Dongria Kondh tribe against a multinational seeking to mine aluminium ore. It was a battle waged through rallies and marches in one of the deepest forests of eastern India and then through litigation. After 12 years, the rights of the residents over the land was affirmed by the courts.

Now the 8,000-odd members of the tribe have a chance to continue worshipping the hills they consider sacred. Prafulla Samantara, one of their leaders, has just been declared winner of the 2017 Goldman Environmental Prize – often called the world’s most prestigious prize for grassroots environmentalism.

The struggle has been on since October 2004, when the government-owned Odisha State Mining Company (OMC) signed an agreement with UK-based Vedanta Resources to mine over 70 million tons of bauxite in the Niyamgiri hills. Activists estimated that this would destroy 1,660 acres of pristine forest, plus pollute the air, the soil and critical water resources.

At that time, Samantara had been leading agitations against other mining projects that affected the environment. When the bauxite mining agreement was signed, he was among those who went from village to village, informing the residents of the development and its implications. They organised rallies and marches. When that did not work, they went to court.

After years of litigation, in a judgement with far-reaching implications, India’s Supreme Court declared that village councils in the area had the right to vote and decide if they wanted the mine. The votes went against continuation of the mining activities.

Soon after Samantara received the news about the Goldman Prize, he recalled the long struggle and its implications in an exclusive interview with thethirdpole.net. Excerpts:

How does it feel to be selected for this award?

It is not one man’s achievement. The prize is given for Niyamgiri, for the gram sabha (village council), and for my role, and I can say my role is just that of a catalyst. The people are supreme. I feel this prize is a global recognition for the Dongria Kondhs and the fact that saving biodiversity-rich forests of Niyamgiri is very relevant. Else, it will enhance the climate change, it will intensify fossil fuel use and it will also deplete the green cover. Two rivers and 36 streams originate from these hills and these forests are crucial to check climate change locally and globally. And I can say that natural resources are actually safer in the hands of the local people and that’s the message that we have sent out to the world. Dongrias don’t believe in private property or individual ownership. They believe in community ownership.

“I feel this prize is a global recognition for the Dongria Kondhs.” Credit: thethirdpole.net

What made you take up the issue?

I was already fighting against environmental destruction by mining projects in Odisha using the legal route. When the issue of Vedanta bauxite mining came up, my friends expected that I would take it up. Then in 2003, I read in a local newspaper about the announcement of public hearing for the project that was a crucial part in granting clearance. But I realised that the information about the public hearing wouldn’t even reach the tribes in Niyamgiri, who would actually be affected by the project and who live in remote areas. So, then I wrote to the state pollution control board to cancel the hearing. Then I started cycling and walking to meet the Dongrias – who had hardly any interaction with the outside world – to explain to them the dangers of the project.

Was that very challenging?

Yes, for one there was a language barrier. They didn’t speak Oriya and secondly, they didn’t believe us initially for a year. I was an outsider for them and it was only when officials started visiting them for enquiry, that they realised that the threat of losing their land was very real. It was the local people who faced a lot of challenges. When the (aluminium) plant came up in 2005 in violation of several laws, massive displacement occurred and they were bulldozing the villages below the hill. People were put in jail, there have been several cases of violent deaths and the whole state machinery turned against them to threaten them to leave their homes. No one was sympathetic to the tribals. I was also attacked at least thrice. Once my vehicle was also held and several attempts were made to stop me from addressing people. I was branded as an anti-development person by the elite and the corporates.

So how did you achieve success, and how did you get so much national and international attention on this agitation?

I never own any movement or say that this is my organisation’s movement. All we say is that let’s give support and after that let people decide who they want to give their support to. I provided support and brought many leaders to give united support, so that it becomes an issue. We had no money to fight. Young lawyers like Ritwick Dutta and Sanjay Parikh joined us and all this help started the debate and (it) became a national issue.

Later, in 2007 I was invited by a London-based lobby group that was against mining companies. Vedanta’s headquarters were in London. Later Survival International also joined us. In various reports and (the) Centrally Empowered Committee’s reports it turned out that many violations were done to set up the project of bauxite mining. And many things came out like how bureaucracy was misused to push for Vedanta’s mining and how the Indian state was working for the corporate interest.

The Norway government that has some investment in Vedanta took note of that and formed an ethics committee to enquire all over the world about Vedanta. So they did this enquiry but Vedanta didn’t answer their questions and ultimately, they blacklisted Vedanta and withdrew their investment. This became a morale boost for us and it also positioned the campaign internationally. Because of these, celebrities started joining us. The fact that what (the) corporates were doing here can happen at other places too turned the local movement into a global one.

What is your current plan?

People need to understand that the presence of bauxite in hills is crucial to manage (the) environmental cycle. Bauxite helps hold the rainwater which is released through springs in summer. Of course, mining is important but there is no policing mechanism in India that says how much should be mined and how much should not be. The 80,000 strong Dongria Kondhs are still being threatened and being demoralised by the state though they have taken a leadership role and it is totally their movement on (the) ground.

What we are doing now is fighting against the plant that still exists. Just shutting down the plant is not enough. This plant should be dismantled as we don’t want any environmental pollution in the area. These forests are pristine and an important corridor for elephants and home to various rare species. We also want to focus on health, education and development of the Dongrias who are mainly fruit gatherers and cultivators to make them more economically empowered.

This article was originally published on thethirdpole.net.