In its current form, the Composite Water Management Index is not useful as a planning tool, and it will need some major amendments to get there. 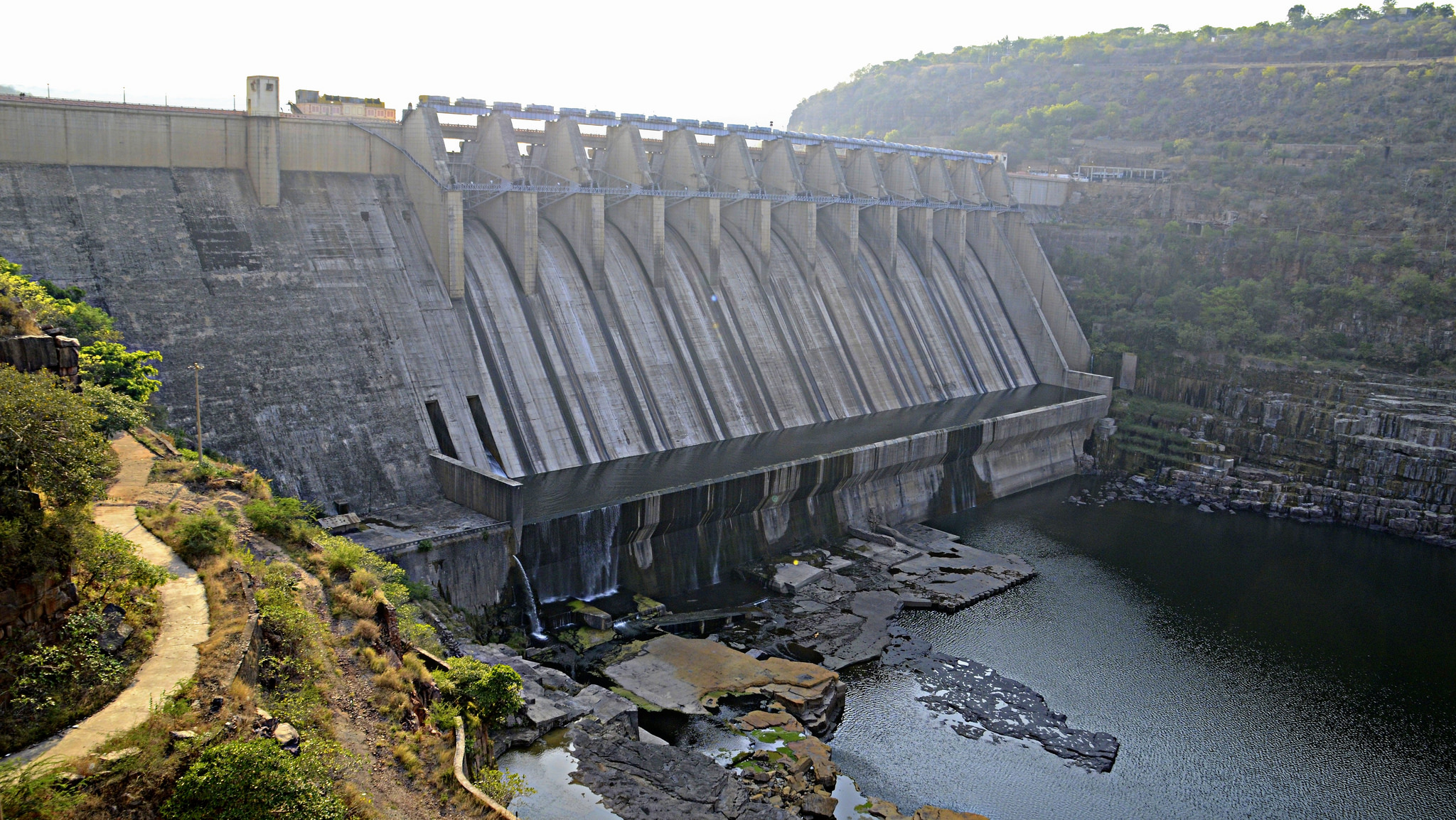 The CWMI pulls no punches because it does not contain the information needed to identify new opportunities for new investments and gaps in the existing infrastructure. Credit: syshook/Flickr, CC BY 2.0

In the last week, various national media outlets reported that 600 million Indians are exposed to extreme water stress, that three-fourths of households have no piped water, 70% of all water is contaminated and India stands at the 120th among 122 countries on the water quality index. This alarm followed the NITI Aayog’s release of the ‘Composite Water Management Index’ (CWMI), on 14 June 2018 in New Delhi.

The CWMI document has ranked India’s states (except Jammu and Kashmir) and ordered them based on their ability and preparedness to manage their water resources properly. However, the report did not contain any details on how this ranking scheme was arrived at nor did it clarify whether certain critical parameters were included.

The scheme was developed based on progress achieved in groundwater management, restoration of water bodies, irrigation, farm practices, drinking water, policy and governance. 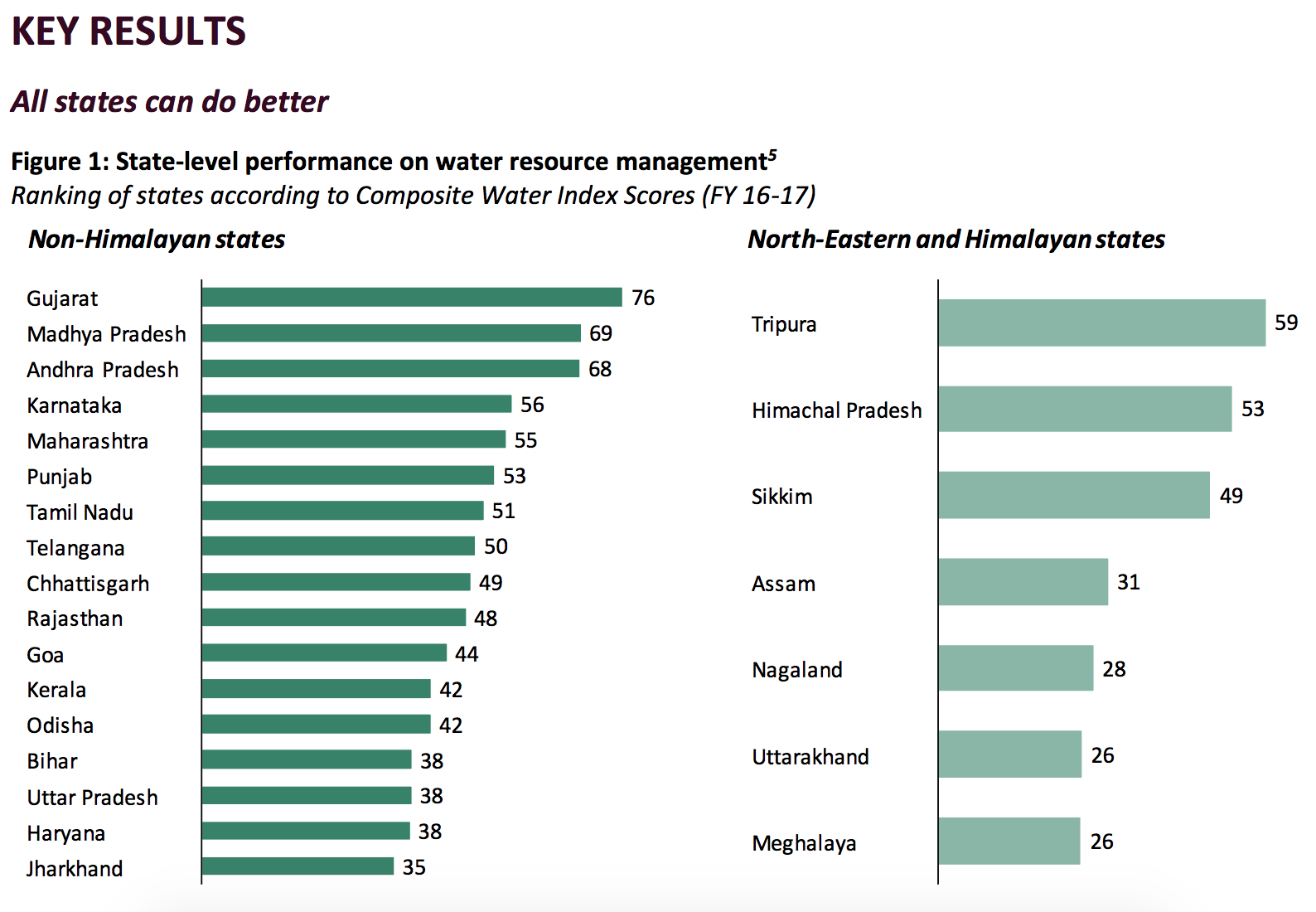 Even if we assume that a new paradigm has been evolved in the CWMI, one that looks beyond conventional approaches and that prioritises sustainability, supporting policies and water-use efficiency, the index’s completeness, reliability and authenticity remain questionable. It pulls no punches because it does not contain the information needed to identify new opportunities for new investments and gaps in the existing infrastructure.

In its current form, the CWMI needs major amendments to become useful as a reliable planning tool. Many of its indices are suspect and short-sighted. Indices related to water quality, access to data, local governance and data generation are conspicuous by their absence and will need to be included. The NITI Aayog should also consider including data and analysis about water productivity, water-use efficiency, crop water demand, drinking water supply rates, quality of supply, health indicators and environmental impacts.

It is an acknowledged fact that water shortage in the future will not be the result of non-availability of water but that of a lack of good-quality water. Against this backdrop, the CWMI should not stop at ranking states (which itself is biased) but will also need to help isolate unproductive investments, identify critical interventions and assess impact on the environment. And to enable these outcomes, the CWMI will need to be redesigned, even re-conceived, by altering some of its fundamentals.

For example, the baseline year used for rankings should ideally be a normal monsoon year and which should represent a natural condition that is largely consistent across the country. The CWMI adopted 2015-2016, a period in which the country had less-than-normal rainfall.

Second, the CWMI has been designed to assess the performance of individual states. However, river basins cut across several state boundaries as well as flow across international borders. This is exactly why management plans are designed at the hydrological-basin scale, even when stakeholders have divergent interests. So the situation in some of the poorly performing states is not likely to improve unless solutions are implemented at the regional-basin scale. Even as the NITI Aayog has attempted to compute scores for individual states in the CWMI, it is illogical that it has not done so for various river basins. And when it does, it will be to nobody’s surprise that the regional ranking looks significantly different.

Similarly, it does not make sense to evaluate Himalayan and non-Himalayan river systems separately. A river-basin-based approach would work better indicator.

The ability of an independent and autonomous institution to think out of the box and play a disruptive role in national policymaking needs to be backed by foolproof numbers as well. However, the CWMI does not augur well for the NITI Aayog considering the volume of investment over the last several decades in hundreds of major irrigation and related multipurpose projects. The CWMI may be a new approach to assessing the situation but it is always very risky to pick one winner.