Late last month, Joanna Slater of The Washington Post raised concerns over the NITI Aayog's claim that "21 major cities of India are expected to run out of groundwater as soon as 2020". 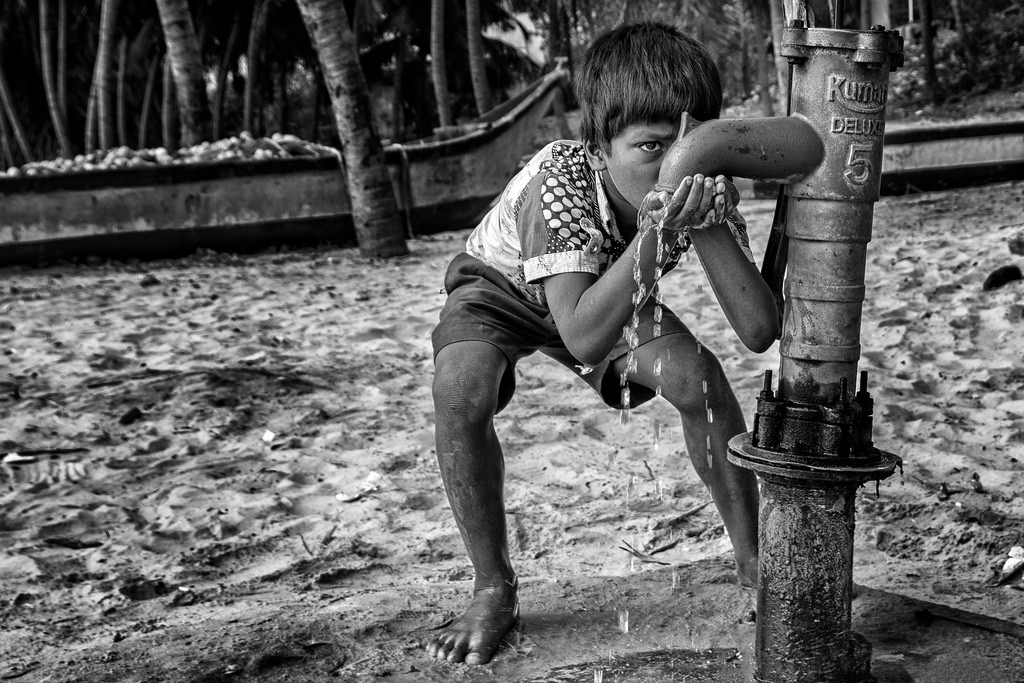 A boy drinks water from a handpump in Cuddalore, Tamil Nadu. Credit: nithiclicks/Flickr, CC BY 2.0

When the NITI Aayog released the first edition of the Composite Water Management Index (CWMI) in June 2018, stating squarely that “21 major cities of India are expected to run out of groundwater as soon as 2020”, it caused a major hue and cry in the country. For good or bad, this statement was interpreted in different ways. Before we analyse it in detail, it is important that we state the objective and intention behind developing the CWMI and publishing a report conveying the state of affairs in water resource management in India.

CWMI was developed to be a tool to assess and improve states’ and union territories’ (UTs’) ability to efficiently manage their water resources. The assessment reflects facts and ground-realities, and represents the baseline dataset based on which they can strategise improvements.

To prepare the index CWMI, the NITI Aayog first collected water data together with the Ministry of Jal Shakti, the Ministry of Rural Development and all the states and UTs. The index then assessed them on a matrix of 28 key performance indicators (KPIs) classified under nine broad themes, and were requested to upload the data relevant to the KPIs on a portal.

This data was then matched and corroborated with that from the central ministry or department. Simultaneously, an independent validating agency randomly visited different districts to ensure the data corresponded with ground reality as represented by the data the states/UTs had provided. Thereafter, the states/UTs were ranked according to their water management and conservation efforts.

The CWMI also describes the best practices states have employed to conserve water. The final report’s aim to sensitise state governments as well as the country’s citizens to the sort of efforts required to conserve water better. It was well-received in and outside India, with more than 33,000 media mentions and nearly a dozen Parliament questions. However, journalists have since focused their attention on one part of the report instead of looking at it holistically.

Based on an in-house analysis, supported with estimates from the World Bank and the World Resources Institute (WRI), the CWMI report stated that 21 major cities of India are expected to run out of groundwater as soon as 2020. The analysis began by quoting a report entitled ‘India’s Water Economy: Bracing for a Turbulent Future’, prepared by the bank, which stated: “Estimates reveal that by 2020, India’s demand for water will exceed all sources of supply. Notwithstanding the catastrophic consequences of indiscriminate pumping of groundwater, government actions – including the provision of free power – have exacerbated rather than addressed the problem.”

The report further described the dismal state of groundwater resources in metropolitan cities like Chennai and Delhi.

This led to further investigation into the demand-supply gap vis-à-vis water availability and the areas most likely to be affected by this imbalance. According to a 1999 report of the National Commission for Integrated Water Resource Development, “water requirement by 2050 in high-use scenario is estimated to be 1,180 billion m3, outstripping the total availability of 1137 billion m3.”

Another report by the 2030 Water Resources Group of the World Bank and the McKinsey Institute, entitled ‘Charting Our Water Future’ (2009) estimated that “the aggregate 2030 demand of water in India will be 1,498 billion m3 versus 2030 supply of 744 billion m3, showing 50% aggregate gap percentage of demand.”

Finally, the WRI’s Aquastat dataset showed how a large fraction of India is under high or extreme water stress. It states, “The national supply is predicted to fall by 50 percent below demand by 2030. With 54 percent of India’s total area facing high to extremely high stress, almost 600 million people are at higher risk of surface-water supply disruptions.” It also reports that that 54% of India’s groundwater wells have shown a drop in groundwater levels between 2009 and 2015, with 16% declining by more than 1 m/year. Geographic information provided by the dataset helped identify the regions that currently face severe water problems.

After this, the CWMI report’s authors used the dataset of the Central Groundwater Board, specifically as quoted in the ‘Dynamic Groundwater Resources in India, 2017’ report, to undertake calculations. The data in this report is up to 2013, and also includes the projected water demand for domestic and industrial use until 2025. Using these data-points, the authors extrapolated and predicted groundwater availability by 2020. A simple principle of demand and supply was used to calculate the balance/difference of water availability. This analysis showed that groundwater withdrawals were already significantly higher than the replenishment rate in 21 locations in 2013 and that they would suffer from negative renewable groundwater values by 2020.

As alarming as this was, it was equally saddening to learn that people in some of these 21 locations had started relying on deeper aquifers by 2013 to meet their daily demands. It is important to note here that groundwater is divided into two zones: dynamic reserve and static reserve. It is not advisable to dig and extract water from static reserves for three reasons:

Therefore, sourcing water for daily demands from surface water instead of groundwater is the need of the hour. On July 1, 2019, Prime Minister Narendra Modi launched a massive campaign named Jal Shakti Abhiyan, to focus on water conservation and rainwater harvesting, renovation of traditional water bodies, watershed development, reuse and refurbishment of bore-well recharge structures, and intensive afforestation. These measures will lead to sufficient surface storage, less reliance on groundwater and better recharge of the water-table.

The truth of the matter is that India is facing an acute water stress and water scarcity. If the business-as-usual scenario continues, the situation will definitely worsen. Nature blesses India with more than enough water in the hydrological cycle. The problem lies with the mismanagement and poor rationalisation of surplus and deficit. It is the responsibility of every individual to judiciously utilise their share of this limited resource and contribute towards making India a water-secure nation.

The views and opinions expressed in this article are those of the authors and do not necessarily reflect the official policy or position of NITI Aayog, Government of India.