Amongst the most fragile ecosystems in the world, the Nilgiris in Tamil Nadu is bearing the brunt of climate change evident in increasingly erratic rainfall and higher temperatures. 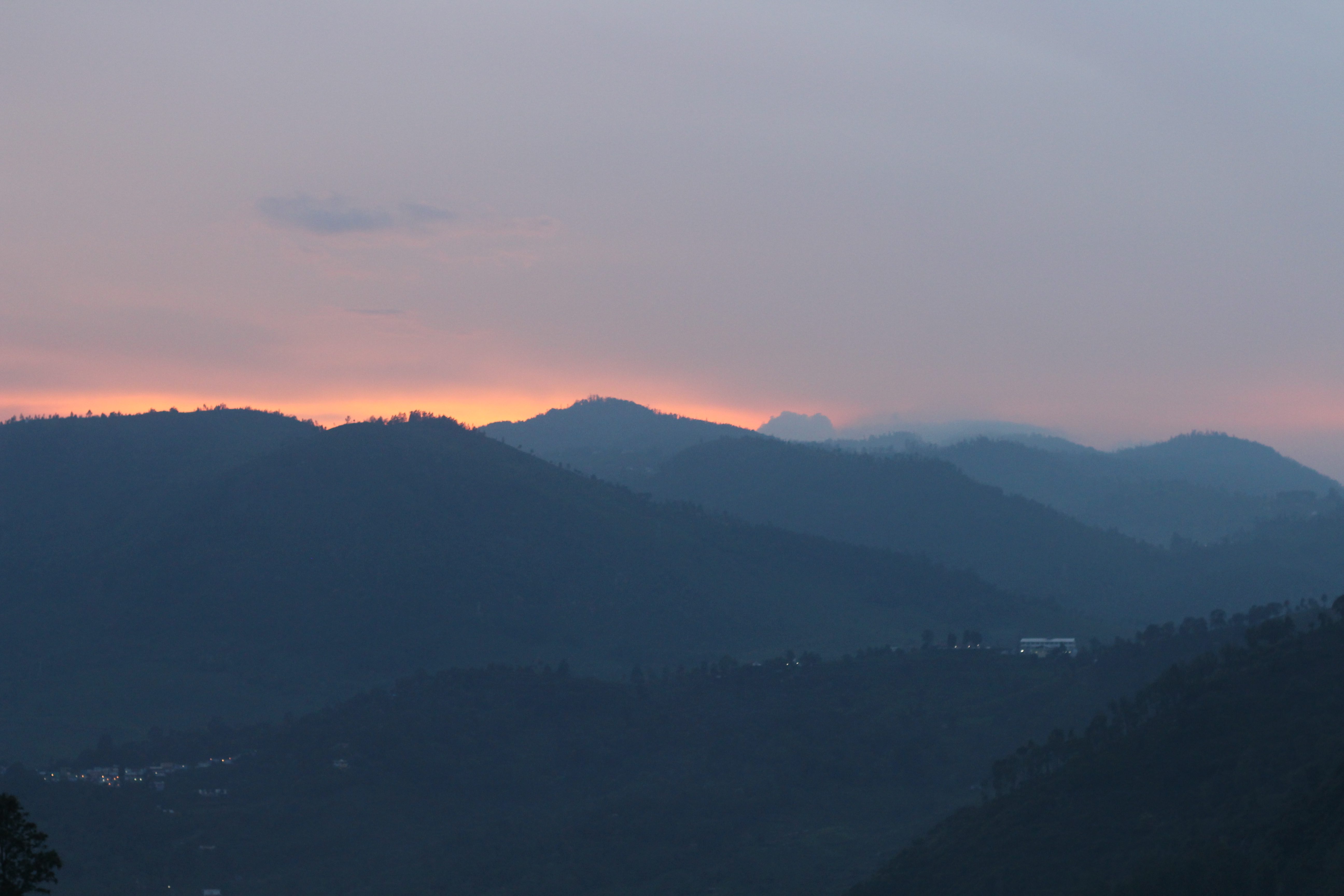 The Awvul grass (Eriochrysis rangacharii) is found only in wetlands located in the upper reaches of the Nilgiris district in Tamil Nadu. It is considered sacred by the Todas, a pastoral tribe indigenous to this region. “It is the tradition for Todas to collect them from the swamps and wetlands,” says Northay Kuttan, president of the Nilgiris Primitive Tribal People’s Federation. The Todas use the grass to thatch their temples. He adds, “In the last few years though, because of erratic rainfall, many swamps have dried up and it’s becoming ever rarer to find Awvul.”

The reduction of grasslands has adversely affected the Toda buffalo as well. The Toda buffalo is a genetically isolated population found only in the Nilgiris. It is sacrosanct to the Toda people. “When I was a child, this whole region was filled with grasslands and there was enough pasture for our buffaloes,” Kuttan says. “It is only in the last few decades that exotic plant species such as the eucalyptus and acacia have taken over.”

For tea, paper and fire 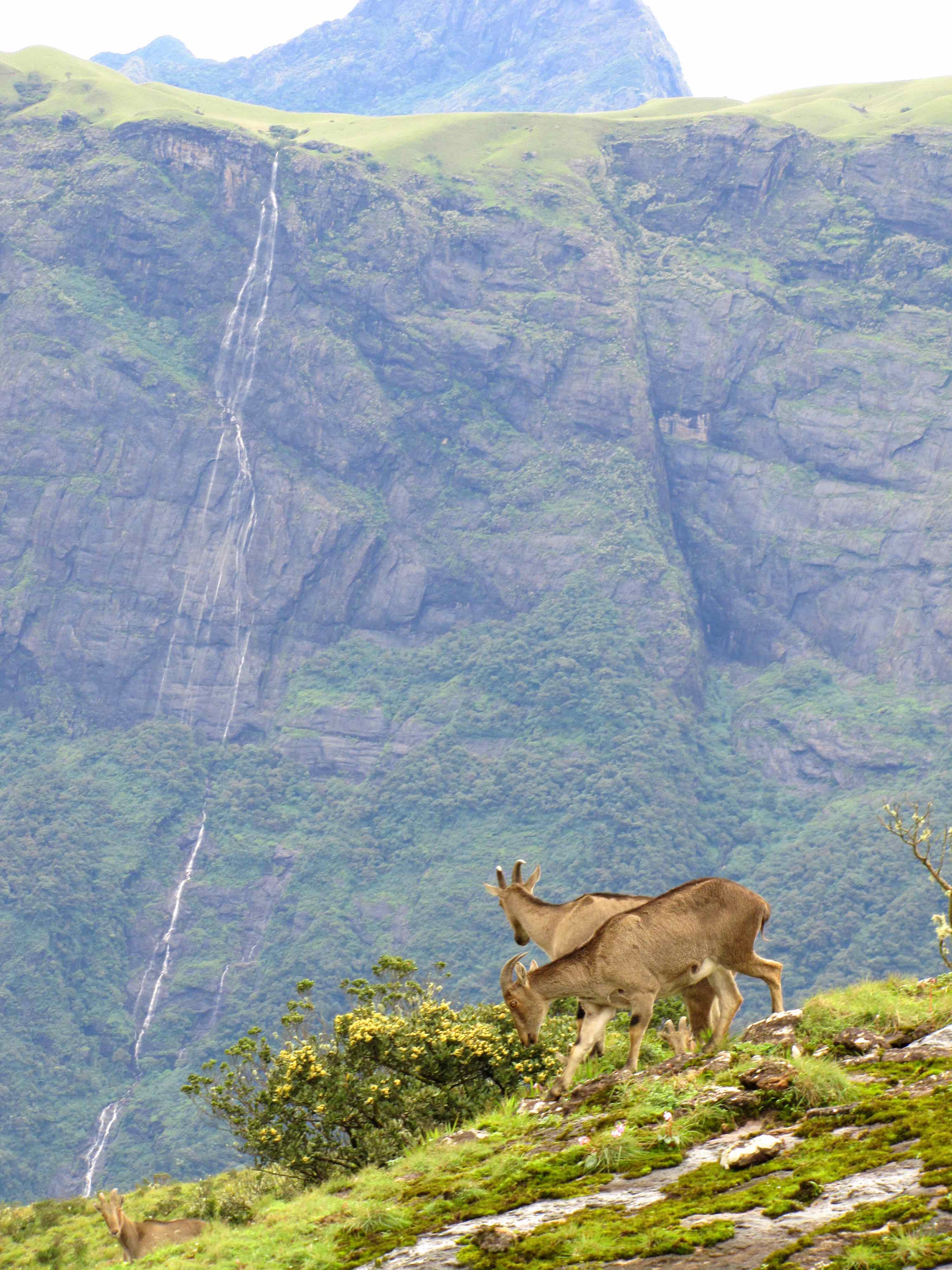 Nilgiri Tahr on the edge: grasslands have also been pushed to the edge and hence these animals as well. Credit: Godwin Vasanth Bosco

The Nilgiris district, part of the 5,520 square km Nilgiris Biosphere Reserve, is a UNESCO World Heritage Site and a biodiversity hotspot, defined by its evergreen shola forests and montane grasslands. The region was mostly untouched till two centuries ago, but has witnessed large-scale destruction ever since.

The first step in the region’s decline was the culling of grasslands to set up tea plantations during the colonial period, which occupy great swathes of the mountains now. This was followed by planting of exotic species, such as the eucalyptus and the wattle, which served as raw material for firewood and paper for a newly-independent India. Finally, since the last decade or so there was a spate of construction, of hotels, resorts and bungalows, by people from nearby urban regions such as Chennai and Bangalore. All of them are choosing to either frequently visit the mountains or to settle down here.

Despite efforts by conservationists, the forest department and government authorities to preserve what is left of this ecosystem, commercial pressure is relentless. Now climate change in the form of unpredictable rainfall is also taking a toll on the region’s indigenous population — be it people, plants or animals.

“There has been a decline in the amount of rainfall received in many parts of the Western Ghats since the 1950s. At the same time, the proportion of rain falling in the form of more intense rain has increased,” says Jagdish Krishnaswamy, senior fellow at the Ashoka Trust for Research in Ecology and the Environment.

Krishnaswamy, an eco-hydrologist by training, has been observing developments in the Nilgiris region since 2012. “The challenging part is none of the climate models have been able to capture the decline in the Indian monsoons. Also, in the Nilgiris specifically, there have been shifts in how the southwest monsoons and northeast monsoons behave,” he says. “Therefore, the decline we see in the southwest is not necessarily reflected in the northeast.” 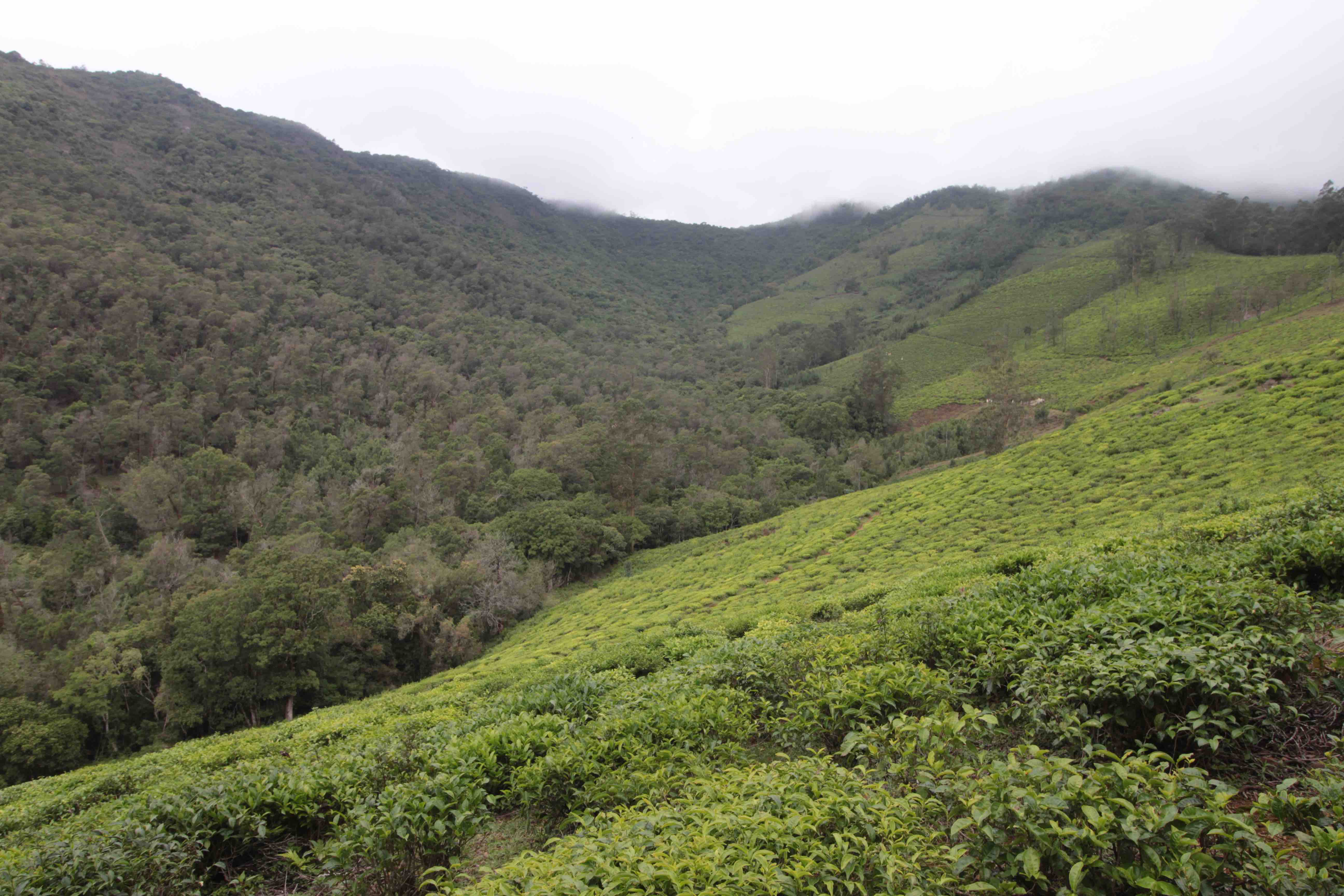 Since 2012, according to reports of the India Meteorological Department, the annual rainfall recorded in the Nilgiris has varied dramatically, while consistently falling below the expected annual rainfall of 1,920 mm. Also, rather than the rains being spread out over nine months of the year, it is intense at certain times and non-existent at others with no discernible pattern. A Toda man in his traditional attire near Ooty. Credit: Sibi Arasu

“While last year there was good rainfall, the year before the drought was so bad that even some evergreen sholas began drying up,” says Godwin Vasanth Bosco, a restoration ecologist based in Ooty, the capital of the Nilgiris district. “Even after the rains of the last few months, the land was so dry that all the moisture was soaked up within a few weeks and parts of the lower altitude Mudumalai reserve appear dry again.” Bosco was trained at the Gurukula Botanical Sanctuary in Wayanad in the neighbouring state of Kerala and has been working for nearly a decade to preserve and promulgate endemic plants of the Nilgiris’ sholas and grasslands.

“There is also a gradual rise in temperatures over the last decade and it could be that the high altitude plants aren’t able to adapt to this. Endemic plants like the Anaphalis nilgiriana, Helicrisum wightiana, and the grass Andropogon polyptychs have been affected. The grasses here are not able to produce seeds and therefore are not reproducing at all,” he says. “This makes restoration work difficult. I recently had to use vegetative propagation to reproduce some rare endemic grasses in my nursery. They were not reproducing naturally at all.” Bosco has documented his decade of work in the Nilgiris in his forthcoming book, Metaphor Island.

“The drought was so severe in 2016-17 that even underground aquifers began drying up. For the first time, because of lack of drinking water, the then collector had to order digging of bore wells for water supply,” Innocent Divya, Nilgiris district collector, says. “I see this as a critical sign of change in the ecosystem. We have to wake up and act immediately.”

The collector – the top bureaucrat in a district – has now issued a total ban on digging of borewells in the region. “We are remapping the water resources in the entire district and are in the process of drawing up a plan to protect them under various central and state government schemes,” she said. “We are also aiming at rejuvenating water systems such as the Segur river, which can prove as a vital lifeline for elephants and other wildlife in our district.” 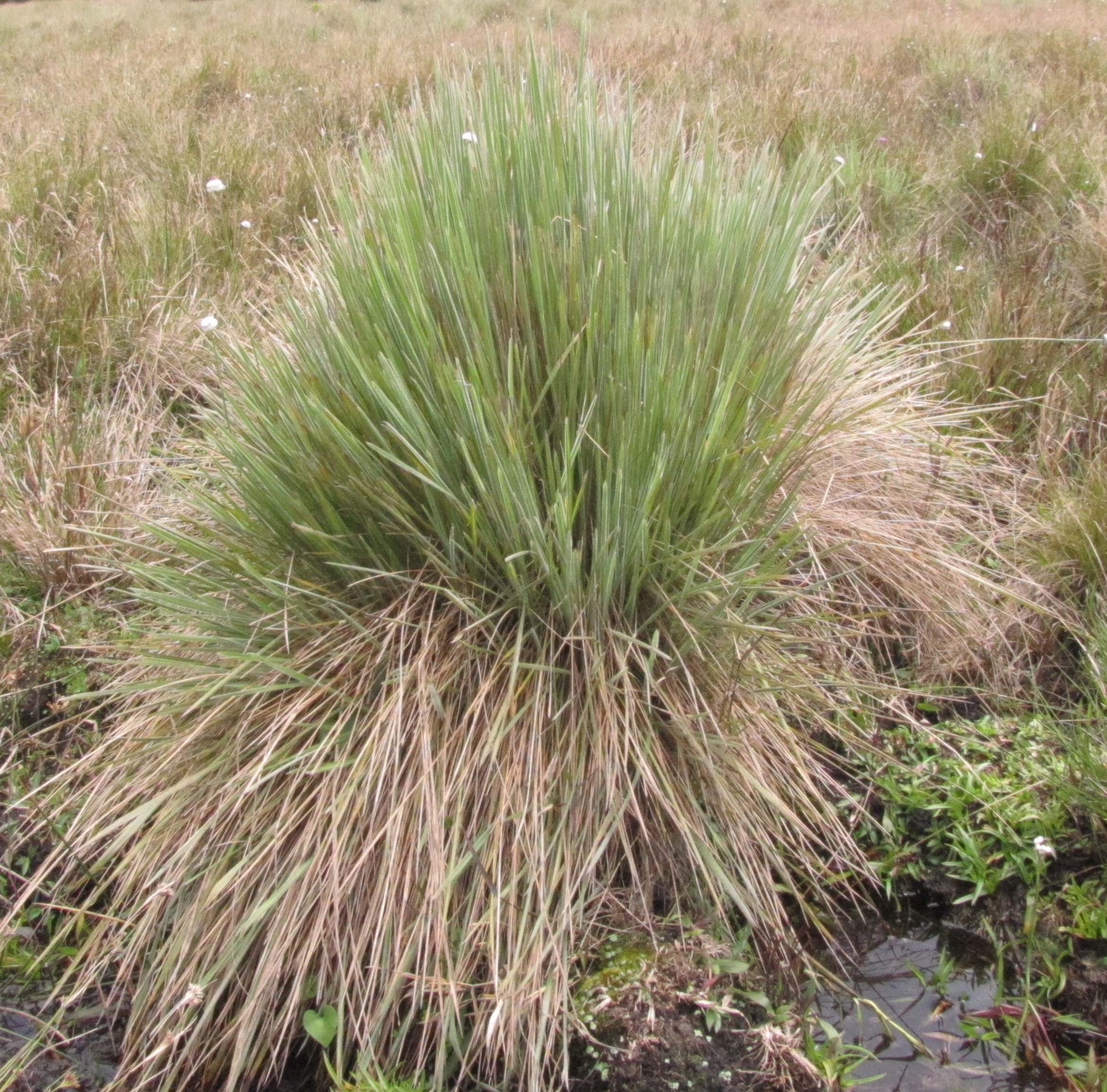 The highly endangered endemic Awvul grass. It is also one of the most striking-looking native tussock grasses. It grows only in high elevation Nilgiri wetlands. Credit: Godwin Vasanth Bosco

The lack of predictability in rainfall has also interfered with traditional agricultural practices of the indigenous people of the Nilgiris. It has affected honey production, a major cottage industry in the region. “I have been told that the flowering patterns of many plants and trees in the region have changed and this is having an effect on how bees forage and therefore having an adverse effect on honey production,” Anita Verghese of the Keystone Foundation says. Verghese and the Keystone Foundation have been working with the indigenous people of the region, including the Kurumbar and Irular tribes, for over two decades. “What I see is that people who live in close connection with nature, agriculturists, fisher folks, hunter-gatherers, they are all saying they can’t predict the weather any more. There is something changing here and it is quite apparent that this is anthropogenic climate change,” she says.

The Nilgiris’ people are still getting used to this unpredictability. It is apparent that rather than enacting stop-gap measures, the government and other benefactors need to allow time for the indigenous people to adapt their lives and livelihoods to this changing climate. As Verghese says, “After all, they have lived here for millennia, and urban society has been around here for only a few hundred years.”

Sibi Arasu is an environmental journalist based in Chennai. He tweets @sibi123.