The Tribunal has also directed that the Rs 5 crore paid by the organisation as a fine be utilised by the DDA for restoration of the affected area. 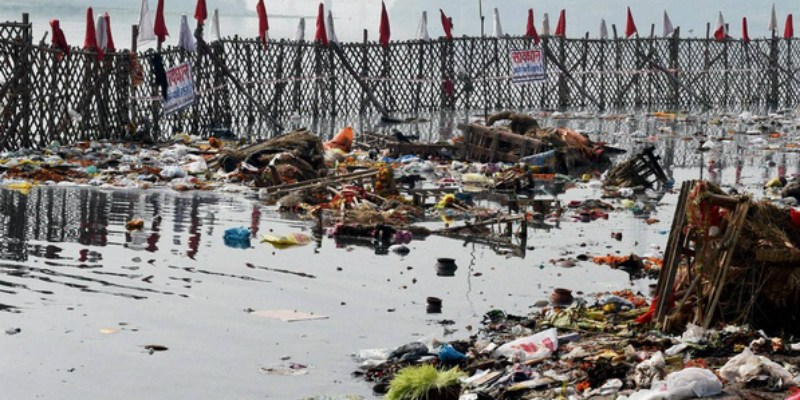 The Art of Living Foundation paid only Rs. 25 lakhs of the fine the National Green Tribunal imposed on it for damaging the Yamuna floodplain. Credit: PTI 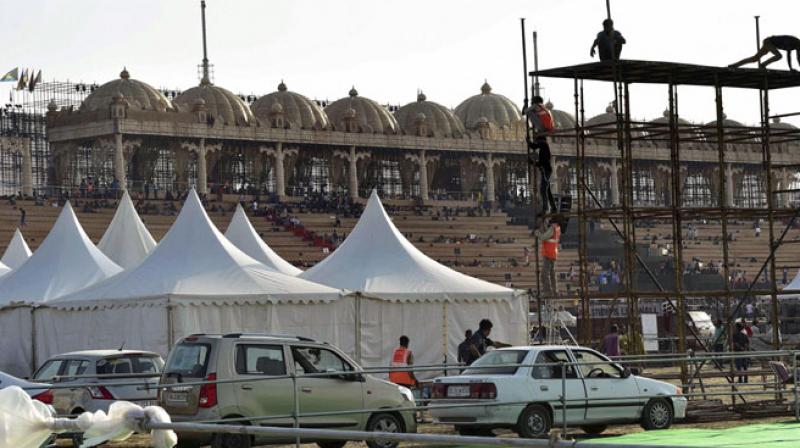 Site of World Culture festival organised by Sri Sri Ravi Shankar’s Art of Living foundation on the floodplains of the Yamuna in March 2016. Credit: PTI

New Delhi: The National Green Tribunal (NGT) today held Sri Sri Ravi Shankar’s Art of Living (AoL) “responsible” for causing damage to the Yamuna floodplains by conducting the World Culture Festival there and directed that the Rs 5 crore paid by the organisation in fine be utilised by the Delhi Development Authority (DDA) for restoration of the affected area. In its response, AoL said it would move the Supreme Court against the verdict.

The NGT bench – headed by its chairperson Justice Swatanter Kumar – which has been hearing the issue since before the event was even held, said in its order: “We hold Art of Living responsible for the damage to the Yamuna floodplains. We hold them responsible for the restoration to be carried out by the DDA.”

The bench had last year imposed a Rs 5-crore fine on AoL, which was paid in two tranches by the foundation. It had first deposited Rs 25 lakh with the DDA and a few months later had deposited the remaining amount of Rs 4.75 crore.

In its order, the NGT said the DDA would carry out the restoration work only after Sri Sri’s foundation had deposited the remaining amount.

The forum had imposed the fine as interim environmental compensation for the damage caused by the event and had declared that if the cost of restoration exceeded Rs 5 crore then the DDA would be entitled to recover the same from the foundation itself.

The green forum also chastised the DDA for allowing the event on the floodplains. “The DDA has failed to perform its statutory functions of maintaining the ecology. It shall assess the quantum of damage and carry out the restoration work,” the bench said.

While AoL has deposited Rs 5 crore for now, the cost of restoration is expected to be much higher if the assessment of a committee constituted to probe the matter is anything to go by. An expert committee, headed by water resources secretary Shashi Shekhar had stated in April that it could cost as much as Rs 13.29 crore to restore the floodplains. It had also observed that the exercise could take up to ten years.

In its 47-page report, the high-powered panel had stated that the floodplains had lost “almost all its natural vegetation” like trees, shrubs, tall grasses, aquatic vegetation, including water hyacinth that provides habitat to a large number of animals, insects and mud-dwelling organisms because of the three-day event. The case had pegged various arms of the government against each other as while the committee had found faults with the event, the Ministry of Environment, Forests and Climate Change had contended that as per a 2006 environment impact assessment report, the festival did not require any environmental clearance.

The arguments in the matter had continued thereafter and after their completion, the NGT had in November reserved its verdict.

For its part, the DDA had submitted that it had drawn up plans for beautification, afforestation, development of wetland and ecological restoration of the Yamuna floodplains. It had also put forth a timeline saying that 7-8 months would be needed for the tendering process for the two phases of Yamuna Floodplain Development Programme.

According to petitioner Manoj Misra’s advocate Sanjay Parikh, the DDA had also stated that it would further assess and set quantum of damage and submit a final compensation amount. “If the amount is more, it is to be taken from Art of Living for the damage caused. If it is less, the rest of the amount will be refunded,” he said.

In its response, the Art of Living said it was “disappointed with the decision” of the NGT as its submissions were “not dealt with/considered”. Stating that it would appeal to the Supreme Court, the organisation said the World Culture Festival was conducted to “spread the message of global peace and harmony in diversity by bringing together spiritual and religious leaders, politicians, peacemakers and artists from across the world”.

It said the event was conducted by “complying with all environmental norms by procuring approvals from the Ministry of Environment, Forests and Climate Change department, the Delhi Pollution Control Committee, the Uttar Pradesh Irrigation Committee, Delhi Disaster Management Authority, Irrigation and Flood Control Department of Delhi and others.”

Stating that it was committed to work towards the good of the society, the AoL said it was confident of getting justice from the apex court.