Kaziranga National Park, a UNESCO heritage site, has the second highest tiger density in the country.

New Delhi: The National Tiger Conservation Authority (NTCA), under the Ministry of Environment, Forests and Climate Change (MoEF&CC), asked the Assam government to take “immediate action” to stop mining, quarrying and stone crushing activities within a ten kilometre radius of the Kaziranga national park (KNP), as such activities “are seriously hampering [the] survival and conservation of the tiger, its habitats, co-predators, prey including mega herbivores and their transit routes during the annual flood season.”

In a letter to the Assam Chief Secretary T. Y. Das on April 20, the NTCA also asked the government to submit “at the earliest” a tiger conservation plan for the Kaziranga Tiger Reserve as mandated under Section 38V of the Wildlife (Protection) Act, 1972, to retain funding assistance under the ministry’s Project Tiger scheme. Set up in 2005 under the chairmanship of the Union Minister for Environment and Forest, the NTCA is responsible for implementing the Project Tiger scheme in all the tiger reserves in the country. Annually, it disburses approximately Rs 15 crore to the Assam state government through its Project Tiger scheme.

According to a joint report brought out by the Wildlife Institute of India with NTCA in 2016, KNP had the highest density and the third highest population of tigers in India at 12.72 per 100 square km, more than that of even the Corbett and Bandipur national parks.

Despite the Supreme Court observing the need for the state governments to notify a ten kilometre radius around sanctuaries and national parks as eco-sensitive zones (ESZ), as early as 2004, the Assam government is yet to take the necessary steps to execute its orders. The NTCA has now not only recommended that the state government notify the zones but also reminded it about the apex court’s observation that if the state government failed to do so, the court might consider passing orders for such notifications to preserve the forests, wildlife and environment.

The NTCA directive to the Assam government stemmed from a complaint lodged by Rohit Choudhury, a state-based wildlife activist, to the MoEF&CC in October 2017. In a letter to the ministry, Choudhury sought its intervention to shut down stone quarries in as many as 14 villages in the Karbi Anglong district bordering KNP. He said that rampant quarrying was leading not only to the destruction of the natural corridor of wild elephants and tigers, but also the natural highlands used by the animals of the reserve during annual floods. Further, the KNP is linked to Intaki National Park in Nagaland through the Karbi Anglong hills. 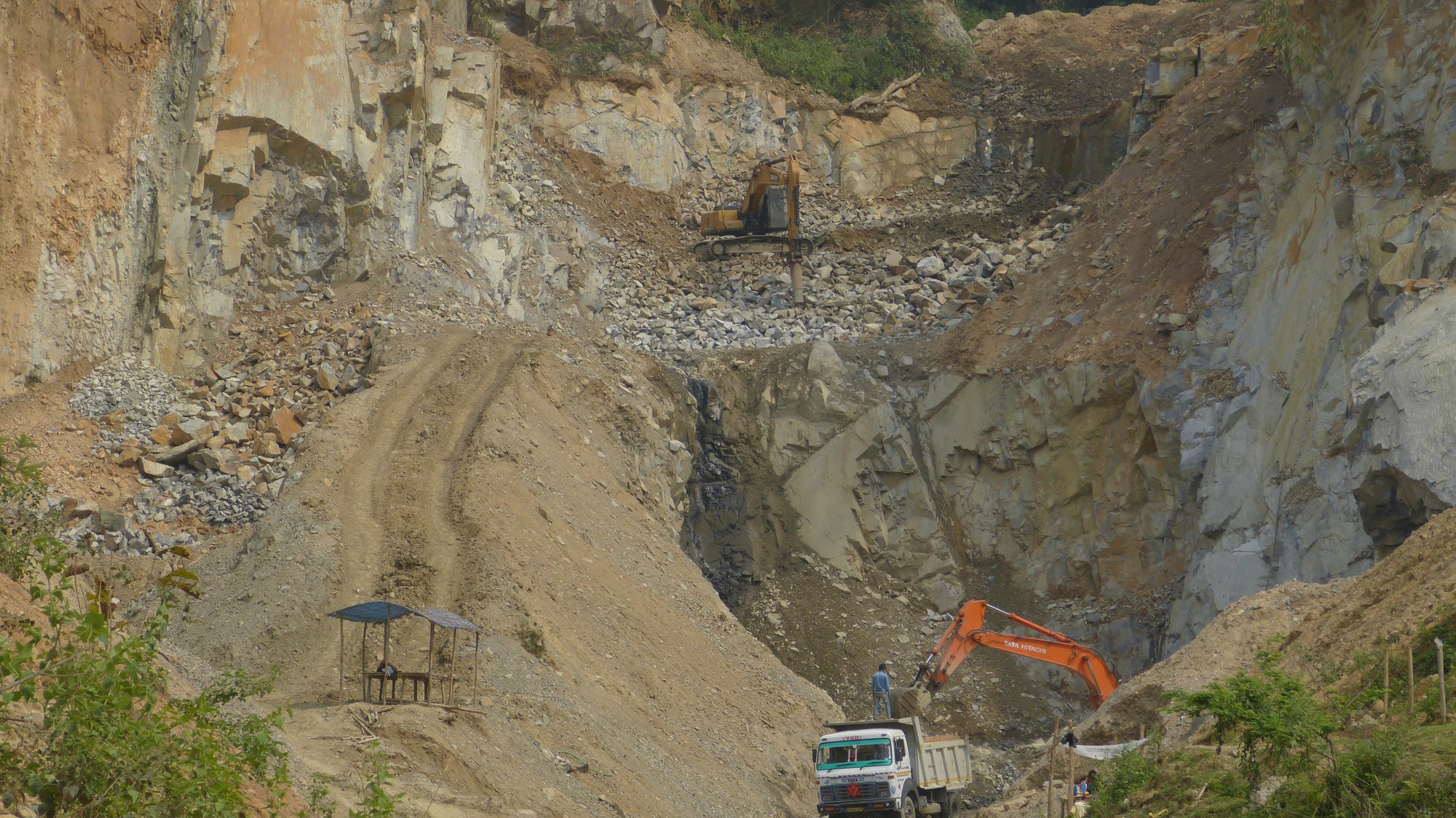 Pointing out that these quarries have been operating in violation of the Supreme Court’s order and would likely lead to permanent loss of the natural animal corridor, Choudhury wrote in his complaint, “The stone quarries near Kakosang, Kakojan, Dolamara.. etc, in Karbi Anglong district are located about two to three kilometres from the southern boundary of Kaziranga National Park and Tiger Reserve (Western range).”

The letter prompted NTCA to direct its Bengaluru office to conduct a field survey and submit a report. The detailed report compiled by inspector general of forest P.S. Somasekhar, after the survey conducted on January 11 and 12, found the complaints to be true.

The report, based on which NTCA has written to Assam government, besides recommending an end to all quarrying activities “with immediate effect”, also suggested that the MoEF&CC institute a committee to review all the permissions and clearances given by the Karbi Anglong Autonomous District Council (KAADC) to these units.

Besides, it also recommended the state forest department to take necessary steps for preparing a tiger conservation plan for core, buffer and corridor areas of the national park and notify an ESZ around KNP. Further, it suggested the department to include areas of Karbi Anglong within the limits of KNP, keeping the long-term conservation goal of the rhinoceros, elephant and tiger in mind.

Speaking to The Wire, Choudhury expressed happiness with the NTCA directive, emphasising the need for the state government to act immediately to help preserve KNP’s rich animal resources. 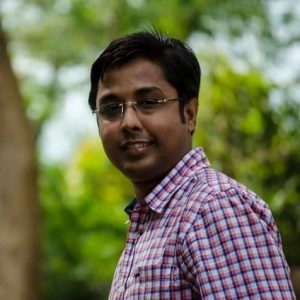 Choudhury told The Wire that the chief minister Sarbananda Sonowal visited the park on April 9 and directed the forest department to construct artificial highlands on a war footing to ensure that the animals had a safe shelter during the annual flood. He also asked the authorities to plant enough saplings on these highlands as soon as construction work was done. “But I feel he should also do something to protect the natural highlands, which the animals are more inclined to use,” Choudhury said.

This is not the first time Choudhury has filed a complaint at the ministry. “In September 2013, I wrote to the then environment and forest minister Jayanthi Natarajan seeking her intervention to protect the animal corridor and stop mining and stone quarrying in the Karbi Anglong district bordering KNP but no action was taken,” he said.

Many reports filed but no action

Earlier in 2010, on the basis of complaints filed by various groups, the ministry had ordered a site inspection in the Karbi Anglong forest areas. It set up a committee comprising the then chief conservator of forests, Assam; Rathin Barman from the Wildlife Trust of India and Bibhab Kumar Talukdar from the NGO, Aranyak, and asked it to submit a report within three weeks.

The committee, after conducting a survey in Dolamara area of the district, noted that the entire area where quarries had been set up was “a prime habitat of elephants and part of the Kaziranga-Karbi Anglong elephant reserve.” It also noted that the elephants were “getting disturbed due to the stone crusher machine and change in land use patterns.”

The report further added, “There are a number of crushers and brick kilns within the ten kilometre boundary [of KNP], while some are within one to two kilometres. Some of the crushers and brick kilns were found located right on the animal corridors. Interaction with villagers near the Panbari corridor revealed that due to [operation] of the crushers, herds of elephants which otherwise used the corridor, had stopped coming that way, of late.”

Apart from the 2010 three-member committee report, the NTCA report referred to several communications among the state forest officials, which clearly highlighted the state government’s failure to take appropriate and timely action for many years.

The oldest communication mentioned in the report was from 1996 by the forest ranger of Kaziranga to the divisional forest officer, Eastern Assam Wildlife Division, where he requested his senior to consider certain crucial points related to the forest ecosystem before allowing a stone crushing unit to be set up near the Panbari reserve forest, which is the natural habitat of the hoolock gibbon.

In 2003, the then director of KNP wrote a letter to the state’s chief conservator of forests (Wildlife) informing him about the existence of “more than 40 stone quarries along hill slopes facing the National Highway 37.” He added that it had led to erosion and degradation of the forest areas, vanishing streams, “loss of flora and fauna and habitat for housing and migration of the key species of wildlife.” He sought the chief conservator’s intervention and urged him to take up the matter with the KAADC, the regional chief conservator of forest and also with the MoEF&CC if necessary.

In 2016, the divisional forest officer of KNP wrote to the divisional forest officer of Karbi Anglong West, urging him to immediately close down the stone quarries in Geleki and Panbari areas, referring to the Supreme Court’s ten kilometre range directive. The principal chief conservator of forests, Karbi Anglong, replied with sharp words, asking the KNP official to “better stick to gor [rhino] than Geleki.” 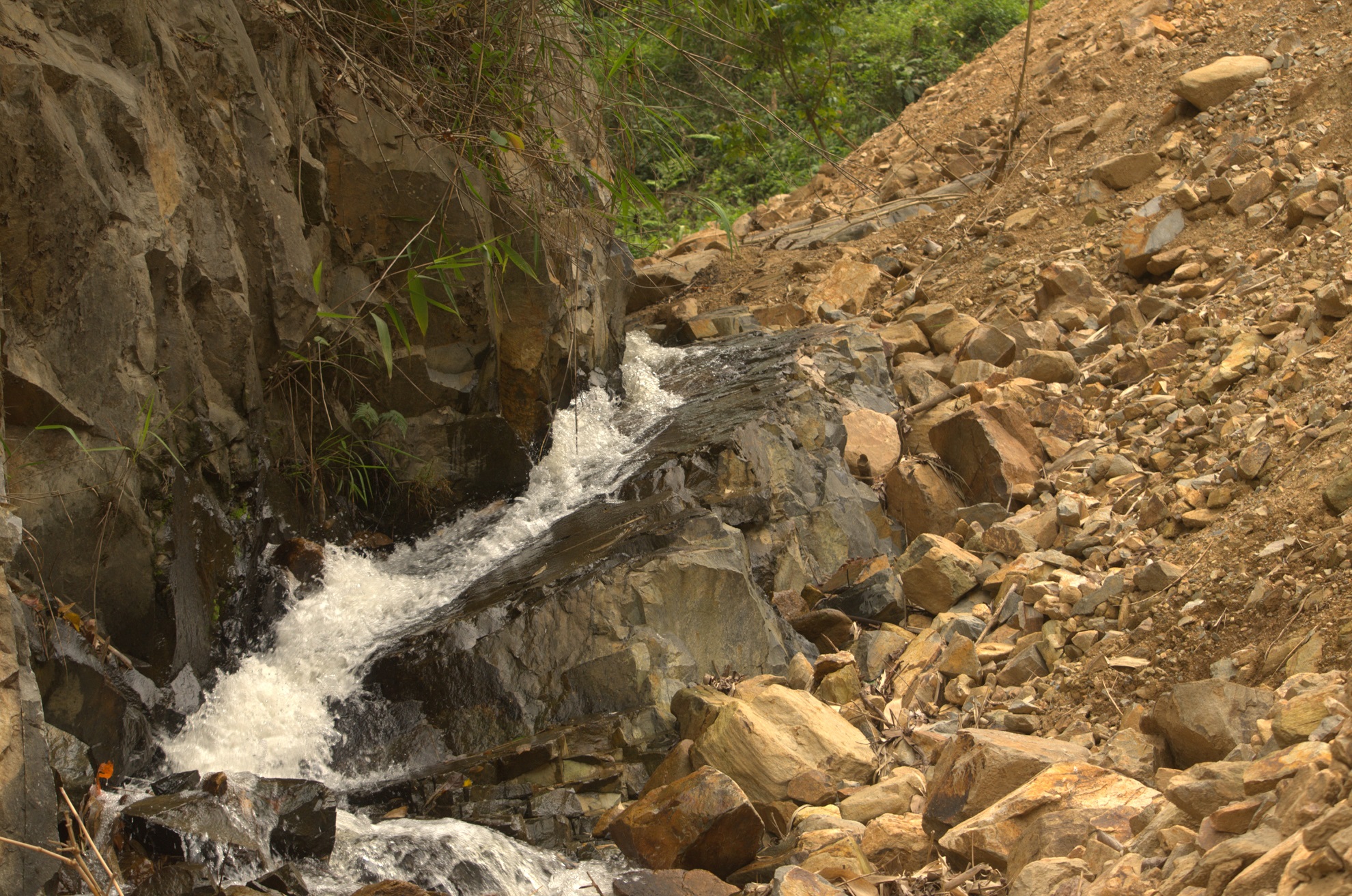 A natural stream in the animal corridor blocked by mud and rocks from quarrying for stone in the Karbi Anglong district of Assam. Credit: Rohit Choudhury

Drawing a difference between the 2010 field survey and the recent one conducted by NTCA, Choudhury pointed out that after the former, Jairam Ramesh, the then Union forest minister had written a letter to the chief minister Tarun Gogoi, expressing concern, but neither he nor the NTCA had followed up with the state government on it. He said that this time, however, the NTCA has written a letter to the state authorities using strong words, including the possibility of discontinuing funding to the park under Project Tiger if the authorities failed to come up with a conservation plan.

“It is also a different state government now. So I am hopeful that the present chief minister will do something this time to save KNP, which is Assam’s pride,” he added.

The Wire tried to contact N.K. Vasu, the state’s principal chief conservator of forests (Wildlife) to enquire about what steps the authorities had taken in response to the NTCA order, but failed to get a response till when this report was filed. The report will be updated when we receive a response from him.