If Modi Really Loves Sanyas, Why Won't He Talk to Sanyasis About the Ganga?

Members of the sant community believe that the rives was actually better off under Manmohan Singh. Has Prime Minister Narendra Modi decided to take sanyas? So it would appear if the photograph of him, wrapped in an orange shawl ensconced in a comfortable cave in Kedarnath with a bed, a heater and an attached bathroom, are to be believed.

Or was this one more round of high-decibel theatrics designed to pierce the restrictions of the model code of conduct just prior to the final round of voting in 59 crucial constituencies, including the temple towns of Varanasi, Gorakhpur and Mirzapur? Modi was himself contesting from Varanasi and political parties including the Telugu Desam Party and the Trinamool Congress have complained to the Election Commission that this was his way of pushing himself (and his party) on to voters when the rules forbid campaigning in the final 48 hours before the end of polling.

A master of optics, there is no doubt that Modi hopes to derive political mileage from his ‘saintly’ sojourn (complete with photographers in tow) as he did in 2014 when he declared he was contesting from holy Varanasi because ‘Maa Ganga’ had asked him to do so.

For all the saffron robes he swaddled himself in, however, Modi’s own relationship with sadhus and swamis has been one of indifference and even contempt. He did not bother to acknowledge even one of the four letters that the late Swami Sanand (Professor G.D. Agarwal) wrote to him in 2018 on the immediate steps needed to be taken to save the Ganga. Two of these letters were written when the swami was conducting his indefinite fast to save the Ganga. He fasted on the banks of the Ganga at Matri Sadan (Home of the Mother) in Haridwar and passed away after 111 days on October 11 2018.

Also read: Ganga May Still Be Dirty, But the Modi Govt Spent Crores Advertising Its Cleaning

Swami Sanand, an IIT Roorkee graduate and a Berkeley University scholar, was also one of India’s greatest environmentalists. He had been appointed the first head of the Central Pollution Control Board by former Prime Minister Indira Gandhi and it was during this tenure that he began to realise that hydro-projects being set up on the Himalayan rivers were adversely affecting their aviral (uninterrupted flow) and nirmalta (purity).

Swami Sanand wrote to Modi in the months of February, June, August and October in 2018, asking him to halt construction on the dams and tributaries of the Ganga. He also wanted the autonomous Ganga Bhakt Parishad, which had been mooted in 2012, to be created at the earliest, which would include members committed to protecting the interests of the Ganga and its tributaries.

In his last letter to Modi, he wrote, “In the past four years all actions undertaken by your government have not at all been gainful to Gangaji and in her place gains are to be seen only for the corporate sector and several business houses.” 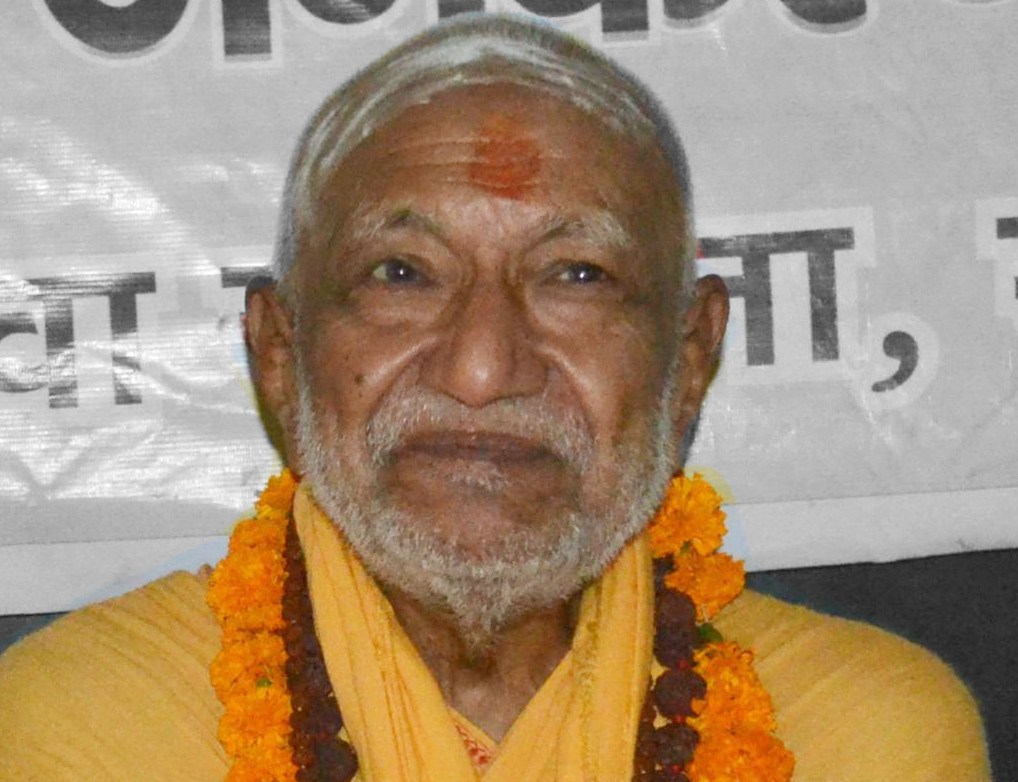 Waterman Rajendra Singh, close to Swami Sanand, recounts how none of the swami’s letters received a response from Modi. And yet, when Modi was chief minister of Gujarat, he had persuaded Agarwal to give up his fast as he did with Anna Hazare, asking him to withdraw his agitation demanding legislation on the Lokayukt. In retrospect, all this was done merely to create the impression that Modi was sympathetic to such causes. He had even promised both Agarwal and Hazare that if he came to power at the Centre, he would ensure environmental protection of the Ganga within a time-bound period of three months.

Agarwal had undertaken a series of fasts in 2008, 2009, 2010, 2012 and 2013 to save the Ganga. It was the month-long fast that he undertook in 2010 that led the then environment minister Jairam Ramesh to cancel three hydro projects on the Bhagirathi river and declare the Bhagirathi region – from Gaumukh to Uttarkashi – an eco-sensitive zone.

Rajendra Singh rates the Manmohan Singh government higher in attempting to conserve the Ganga. Swami Sanand’s lament before his death in October 2018 was that the Ganga was an A grade river which has over the years been been reduced to a D grade river with a much lower 20% flow as against its earlier 62% flow. He had described the last five years as having been the worst period for Indian rivers.

“Professor Agrawal would have broken his fast if the prime minister had personally assured him,” said Suresh Raikwar, a close aide of the Ganga activist and another leading member of the Ganga Sadbhavana Yatra.

Also read: National Ganga Council Headed by Narendra Modi Has Not Met Even Once

The head of Matri Sadan, the fiery white-beared Swami Sivananda, is never one to mince words. “Even during the Congress regime, the sant community undertook repeated fasts and many of us were subjected to force-feeding. But no member of our community ended up losing their life,” said Sivananda, citing the example of a young sant, Gopal Das, with a PhD degree in Environment who was tossed from one medical facility to another in order to break his spirit. It was fortuitous that he recovered after a long period, said Sivananda.

Rajendra Singh recollects how when Uma Bharti was minister for water resources, river development and Ganga rejuvenation, she took a pledge to make the Ganga aviral and nirmal or else she would take jal samadhi. Modi had her transferred and Nitin Gadkari was brought in to head the ministry, claims Singh.

Modi visited both Kedarnath and Badrinath after his election campaign ended. He did not have a word to say about the environmental pitfalls of the ambitious 900-km double-lane express highway connecting the four dhams of Yamunotri, Gangotri, Badrinath and Kedarnath. The debris of this ambitious road expansion will all be dumped into the Bhagirathi, Alaknanda and Mandakini rivers. It has been well established that this project is passing through 529 landslide-prone areas. The project has gone ahead without the mandatory environmental impact assessments. 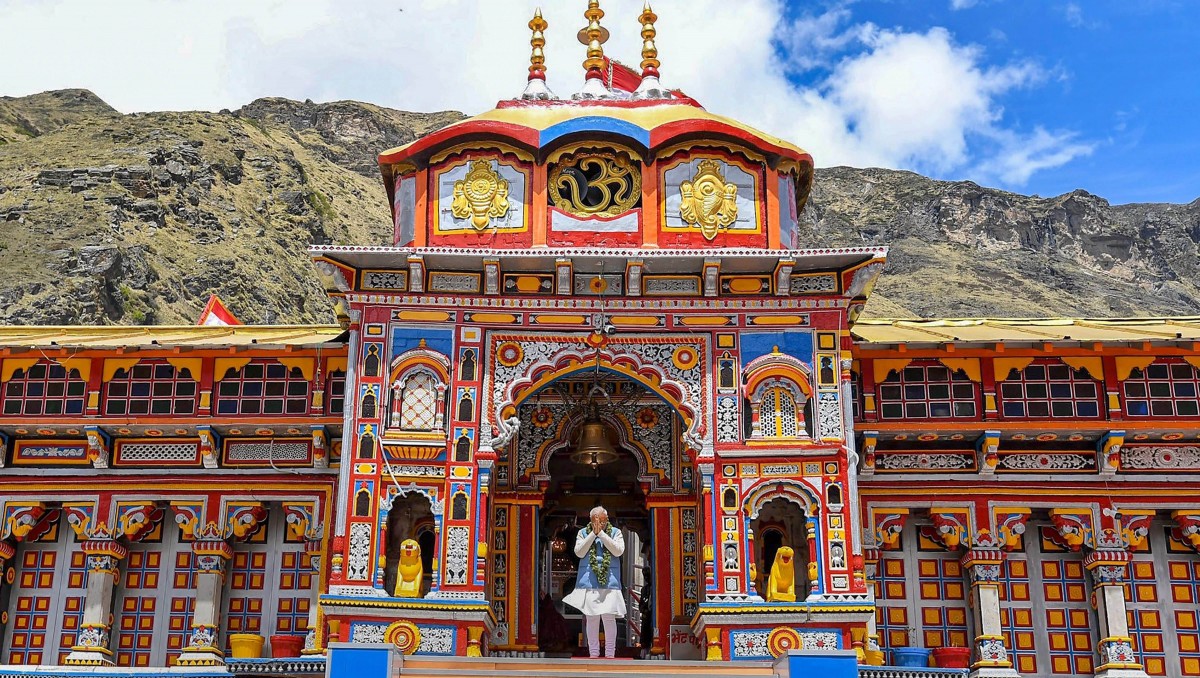 The rail link between Rishikesh and Karnprayag, and expected  to be extended up to Sonaprayag and Joshimath, will see massive tree cutting and tunnelling and here again will result in massive dumping of debris in the catchment area of these rivers. It was the debris in these rivers that caused the maximum amount of damage in the Uttarakhand disaster of 2013. During that tragedy, Modi, as chief minister of Gujarat had got plenty of publicity for arranging the airlifting of Gujarati pilgrims trapped in different parts of Uttarakhand.

The Matri Sadan sant community cite the example of Irom Sharmila, who wanted the Armed Forces Special Powers Act to be repealed in Manipur, but was kept alive by force-feeding for 16 long years. Their lament is why has Modi not bothered to address the concerns of the seers and saints who are talking about preserving the rivers and forests of the Himalayas and the country as a whole.

Watch | Modi is a Master Campaigner for Cleaning Ganga Without Doing Anything: Rajendra Singh

Matri Sadan lost young Swami Nigmanand Saraswati in 2011. He had fasted against sand mining while the BJP government was in power in Uttarakhand. In 2013, they lost Baba Nag Nath and more recently, Swami Sanand to their cause. Swami Gopal Das was sitting on fast unto death to achieve this objective till his abrupt disappearance though he did reappear just as unexpectedly some months later.

His disappearance, he told people later, was primarily because of the way he was being harassed by both the central and state authorities. Presently, Atmabodhanand has picked up the baton and has been on a fast unto death for the past several days. The Ministry of Water Resources has acceded to his demands and promised to implement them by May 15. This led Atmabodhanad to break his fast but the sants in Matri Sadan are certain that he will resume his fast if they do not fulfil the commitment given to him.

Their question is – if Modi does indeed have a love for sanyas and sanyasis, then why is he scared to dialogue with them for something as fundamental as cleaning up the Ganga?