The city’s coastal ecosystem depends on its complex relationship with its mangroves. 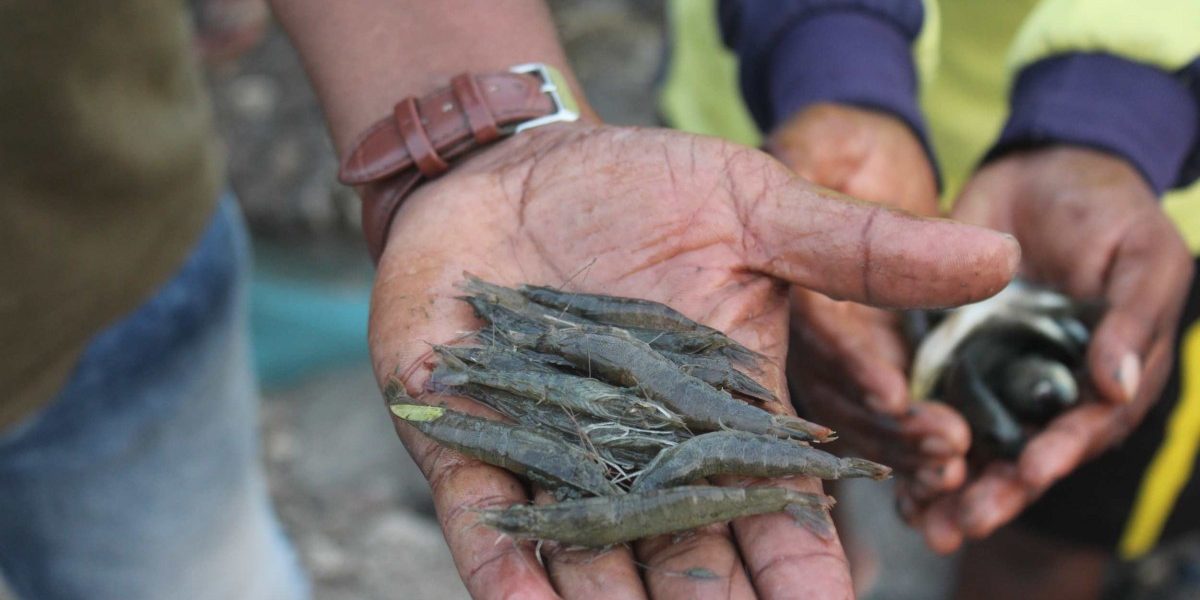 Mumbai: Mumbai didn’t always look the way we see it today. What was a random group of seven tiny islands in 1800 has grown exponentially into a metropolis, with the demographics changing accordingly.

The Kolis, fishermen, are indigenous inhabitants of the Mumbai area and as their name suggests, depend on fishing as their traditional livelihood. However, the coastal fishing villages in Mumbai have witnessed erosion of up to 18 meters in the last decade. The city’s coastal ecosystem depends on its complex relationship with its mangroves.

Mangroves are the coastal forests situated between the ocean and the landmass, composed of shrubs or small trees which grow in coastal saline or brackish water which can survive in less oxygen and high salinity. Mangroves have a complex root system, which is efficient in dissipating the hash sea waves protecting coastal areas from tsunamis, storm surges and soil erosion. The roots slow down water flow and enhance the deposition of sediments. They also host the microorganisms which break down the pollutants in the water, and absorb 4-8 times more carbon dioxide than any other vegetation on the planet.

Apart from its critical role in protecting the foundations of the city as a whole, the ecosystem teems with a variety of fish and marine fauna, making it an important source of livelihood for coastal communities dependent on fishing.

Mumbai’s ever growing population demands space to live, and mangroves are often the first to be sacrificed for real estate. Over 40% of the city’s original mangrove cover has been wiped out. The change in the area of mangroves pertaining to the Mumbai suburban region for a period of 11 years from 1990 to 2001 reveals that a total area of 36.54 km  was lost. This accounted for 39.32% decrease in area under the mangroves. There was a loss of 44.28 km2 (-58.98%) in mangroves. 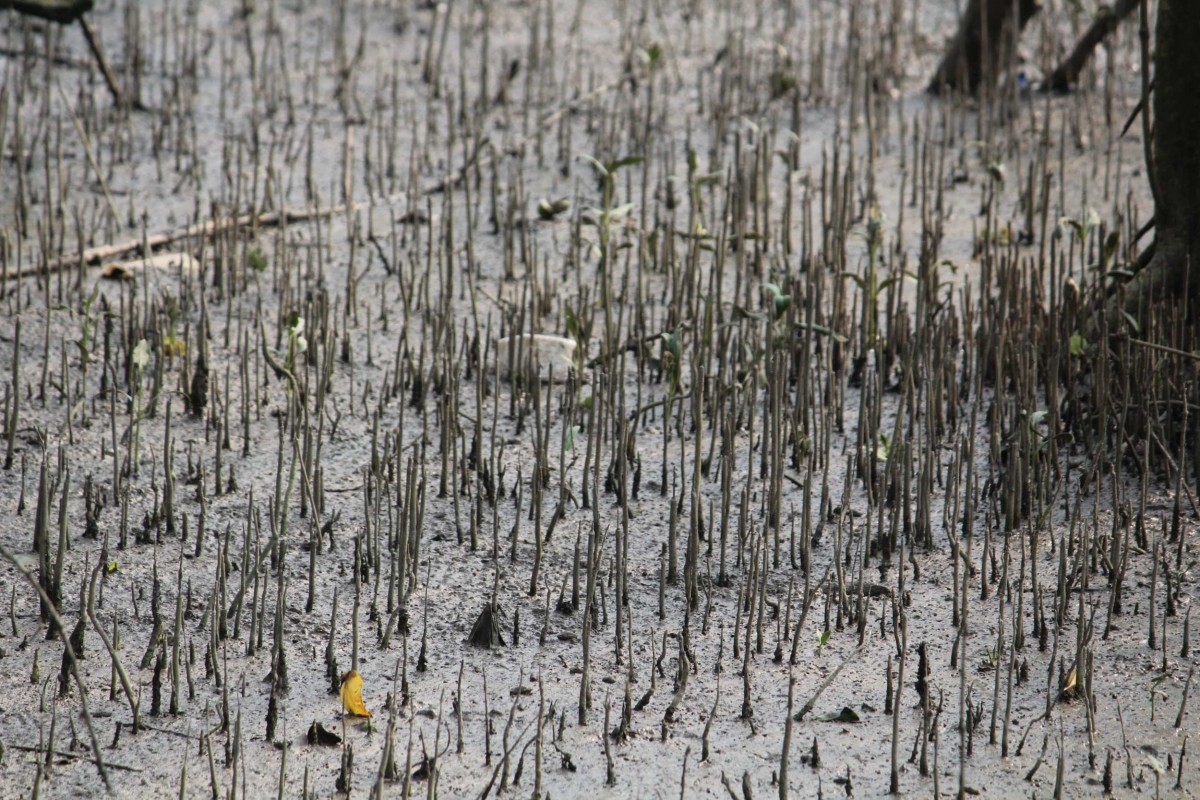 In a conversation with The Wire, environmentalist Stalin D. points out the various sites where the mangrove cover is getting destroyed. Mangrove cover along the Mahul region is drying up as tides are blocked. There is abrazen violation happening at Uran, Kanjur where a dumping ground is officially being operated by BMC on the mangroves – a violation of the Coastal Regulation Zone (2019). Stalin D. says that the mangrove sites are used for dumping the debris coming out of construction work by civic bodies. The leachate coming out of the dumping ground gets mixed with mangrove cover and enters into the adjoining Thane Creek, destroying marine ecology.

The mangroves in backyards have naturally acted as a nursery, availing habitat and food to mullet, snappers, prawns, crabs among other marine species. In the mangrove coastal forest region, leaves dry and fall into the soil and start decomposing. These leaves are consumed by crabs leading to further  decomposition, making it a nutrient for soil. “Mangroves are the kitchen of the ocean. This is the place where food is produced and gets spread across the globe,” Stalin D. says.

The critical role that mangroves play in Mumbai’s ecosystem was recognised by the Bombay high court, and an order was given to form Mangrove Cell in 2012. Maharashtra being the only state in India to have a dedicated mangrove cell. Former Additional Principal Chief Conservator of Forest,  N. Vasudevan said to The Wire, “When we started the cell, the cover of Maharashtra was 186 sq km. Today it is 320 sq km. In the Mumbai region, the cover has increased by 50 %. These statistics are based on satellite images and great research.  In recent times mangroves are protected with ground surveillance, a special force of 120 personnels are deployed to take care of Mangroves of Mumbai. Under the Forest conservation Act, for every mangrove tree, the govt has to plant three more trees and compensation has to be given to the Mangrove foundation. There is no sociological impact on any indigenous community.” 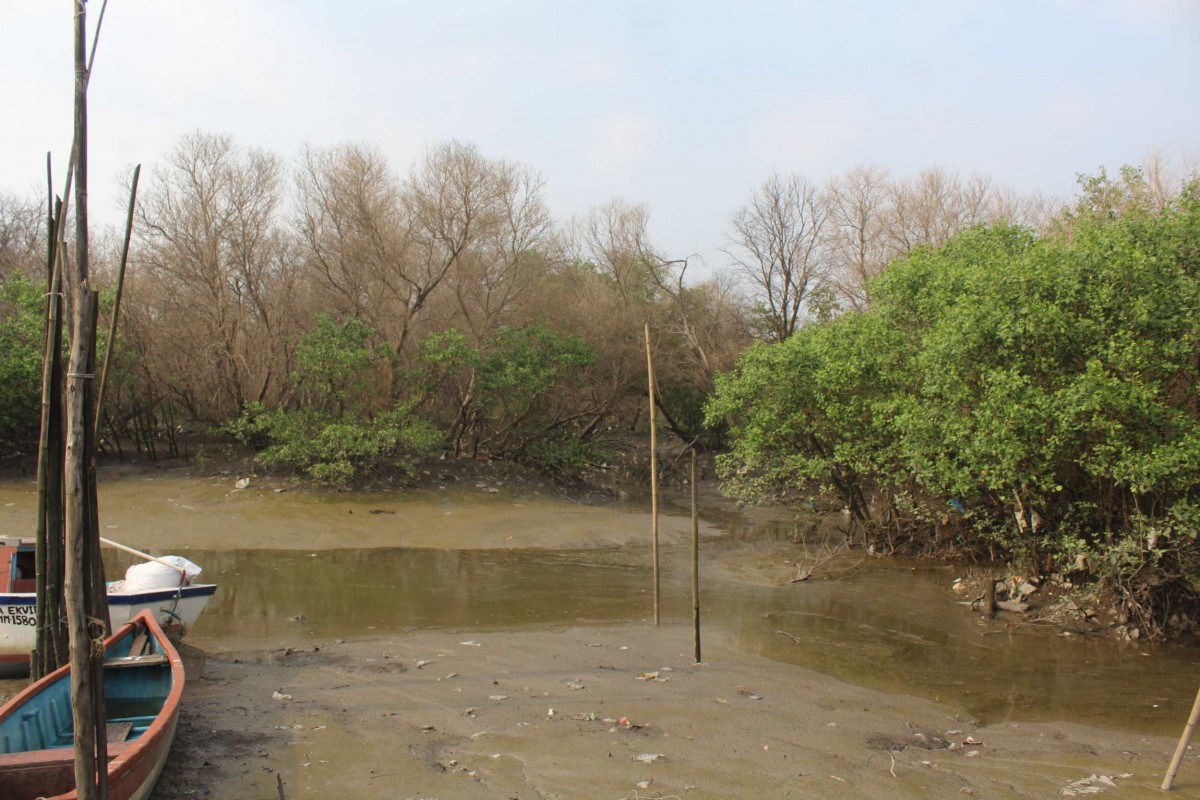 Speaking to The Wire, he says, “It is true that the mangrove cover is increasing. This can be a pleasant thing for a short term but on a long term basis it is a disastrous development. The mangroves in Thane creek are growing on a large scale. This results in siltation of the creek, if mangroves keep growing at a fast pace, the entire Thane creek will be destroyed.”

Objecting to this line of reasoning, Vasudevan, says, “How will the fishermen get affected if 13,400 hectares of mangroves is increased! In a major city like Mumbai, development is important and at times we have to sacrifice on some things. NGOs are making a mountain of a molehill.”

Mangroves and the Koli fishermen: A complicated relationship

Previously, there was plenty of density and diversity of mangroves in the coastal areas of Mumbai. Now, only a few patches are found in Mahim and Gorai Creek, the coastal region of Versova, Sewri, Colaba and Bandra. Moderate patches are in Uran, Vasai, Vashi, Thane and Bhayander creeks. Avicennia marina is the dominant mangrove species found. 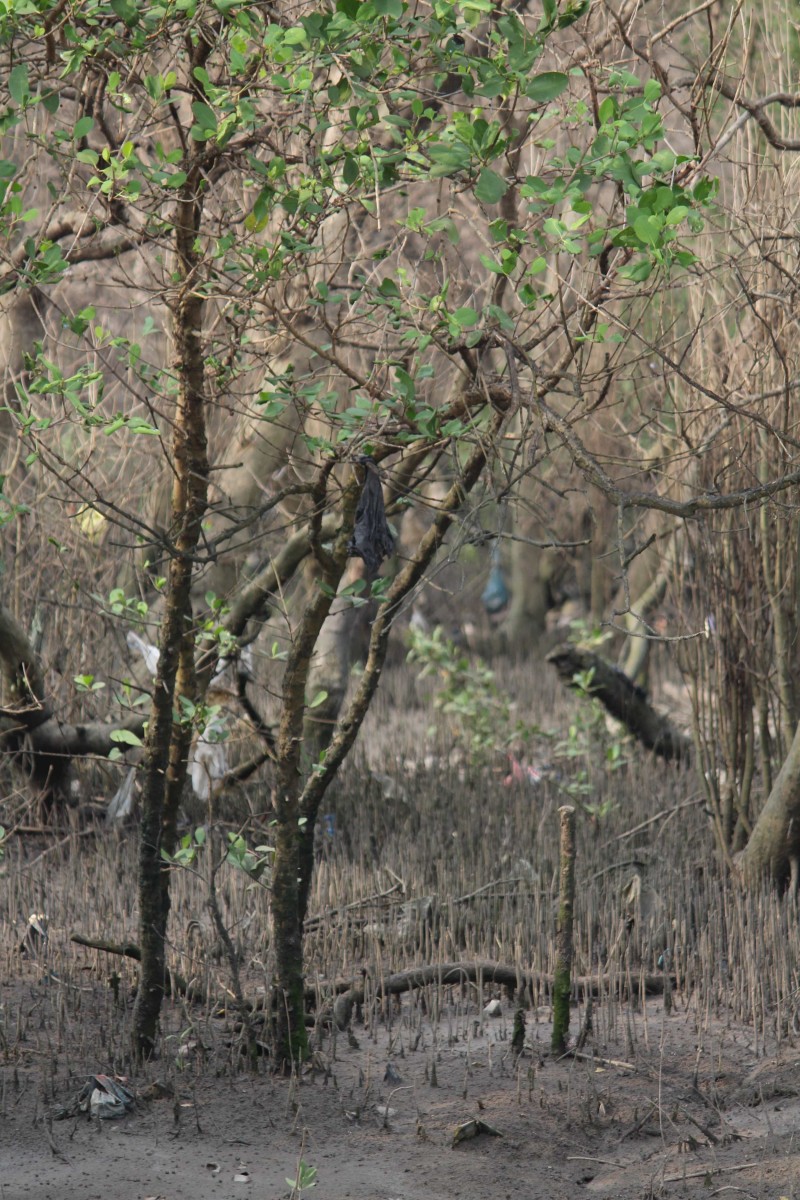 The fishermen use small ponds for fishing in the Bhandup region. For Raju Koli, fishing is the means by which his family stays alive. Raju tells The Wire,  “Aamhi Koli ahot, aamhala macchi pakadnyashivay ajun kahi nahi jamat. Aamchya ajobala khup milalhi, bapala hi milali, amchya hati kahich lagat nahi (We are from the Koli community, we know nothing but to catch fish and live life. My ancestors have done it and I am doing it too. My grandfather used to get plenty of catch, my father too got in a good quantity. I, on the other hand, do not get a good catch. Prawns, lobsters, crabs, and catfish are some of the fishes that we get here).”

Raju lives on the eastern coastal side of Bhandup. He fishes in small ponds which are situated along the salt pans. With dried mangroves all around, he is unable to catch fish.

“Fishermen don’t get enough fish these days, many species which were in abundance are nowhere to be seen now. We somehow get fish for ourselves, we hardly make any money by selling them. The mangrove cover is under a moth attack and is completely dried.” Speaking about the Mangrove Cell to The Wire, Debi Goenka says, “During the year 2008-12 the report has shown an exact similar area of Maharashtra. There is no proper mapping. The figures have jumped after 2012 i.e., after the creation of Mangrove cell. The cell immediately took all the credit for mangrove growth. Permission was granted instantly to divert mangrove cover along with 200 acres of forest land for the Airport project in Navi Mumbai. Now, even though the land is used for an infrastructure project, it is shown as a forest area in the statistics. For every single mangrove, authorities never plant the promised number. (The Wire has not been able to confirm this information.) The mangroves which are destroyed were a part of an ecosystem which was there for many years. There is no provision to replace them. When you destroy a mangrove cover and habitat, there is no question of mangrove regeneration in that location.”

Bhandari, Aagri and Koli are indigenous coastal communities. The Kolis along the Trombay region used the mangrove region for crab culture.

Dhiraj Bhandari stays in the Charkop region. His ancestors were involved in traditional fishing but with urban expansion, their occupation is no longer feasible. “My father used to get a lot of fishes (Jila, Nayra, Mordhi) from the creek, I could not continue the family occupation as the number of fish have gone down. I am doing contractual work for my family. My children can not swim, we are losing our identity,” he says. 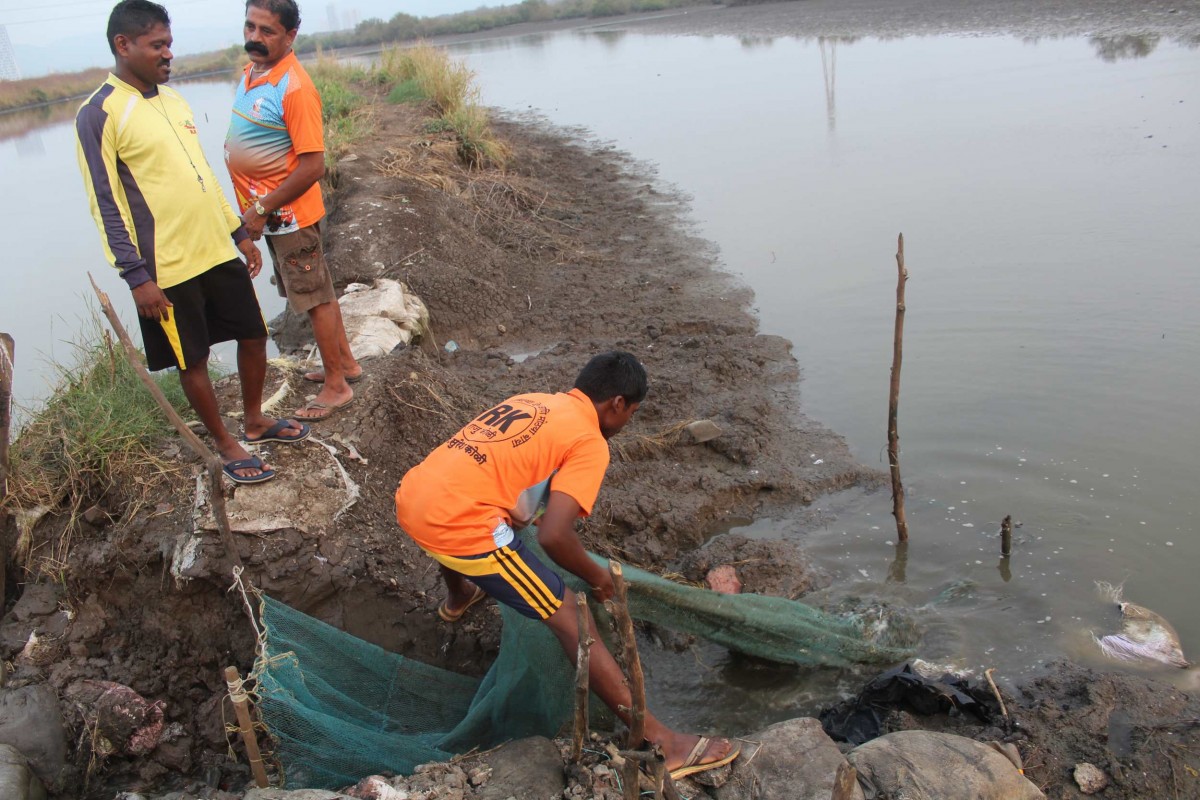 Bhandari stated that the coastal fishing is done on a very small scale with manual boats as compared to the large scale fishing by trawlers. It takes a lot of effort to go inside the mangrove area and set up the net. As a result many fishermen have given up on this. During the 1980’s MHADA apartments were raised by destroying the mangroves.

Chandrakant Vaity from the Turbhe Fishermen Society pointed out, “As the mangrove cover is increasing in our creek, we have difficulties moving our boats from the water. The forest conservation law restricts us from altering things around us. Life is difficult like this.”

Indigenous communities are getting affected. NGOs are trying to save them. Authorities are increasing the number of mangroves. The need of the hour is proper planning and policy which takes every ecosystem into consideration and comes up with a better plan.