Mining is in the Way of Adivasi Forest Rights, Not the Other Way Round

File notings released by the tribal affairs ministry make it clear the law was violated in order to allow coal mining at Hasdeo Arand. So why is the Centre unwilling to act? 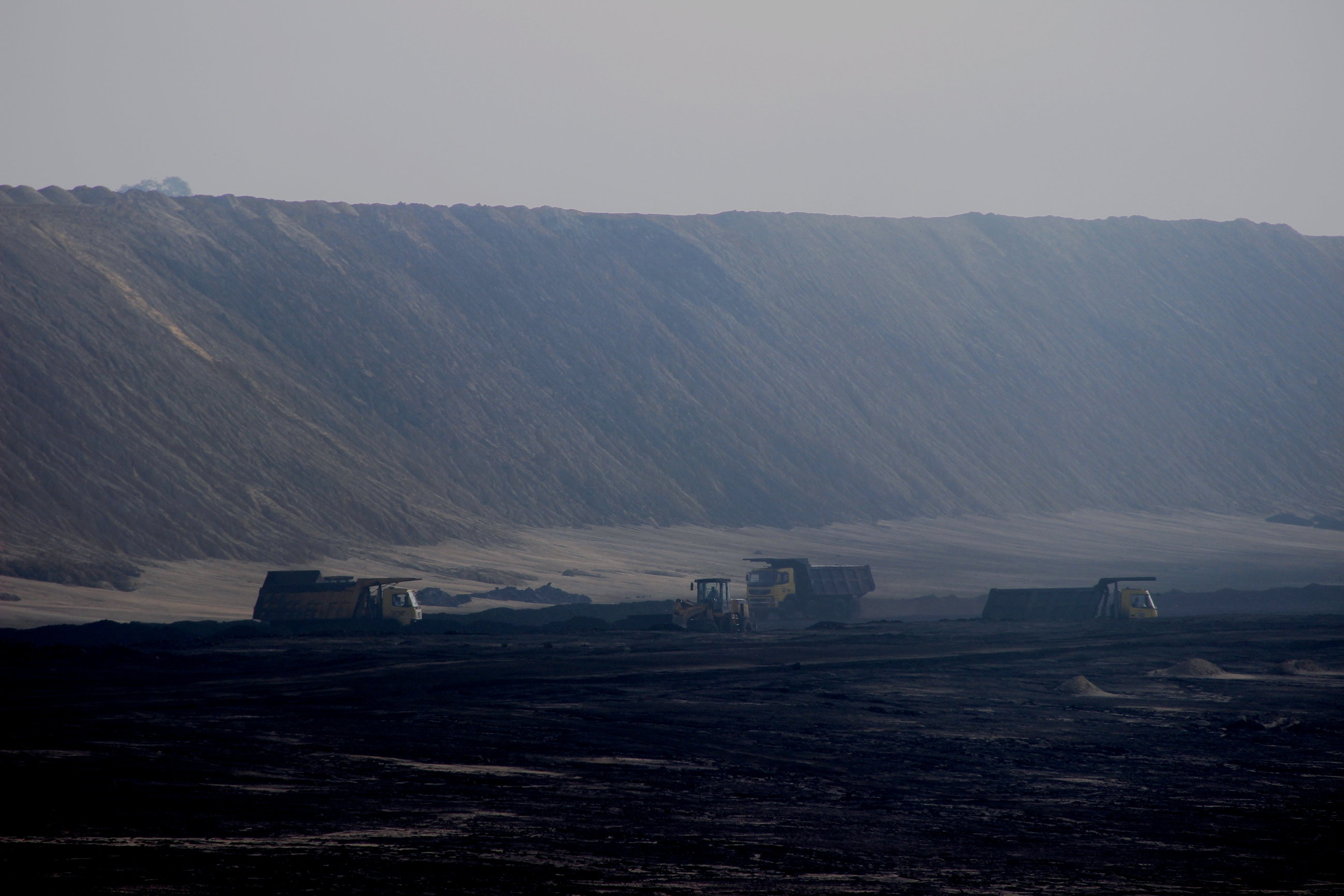 Since 2011, Adani Mining Pvt Limited has been operating the largest coal mine in the Hasdeo region – the Parsa East Kante Basan block, for which forests and farm lands belonging to villagers were stripped bare. 30 coal mines are proposed in this region so far. Credit: Chitrangada Choudhury

In February 2016, reports emerged of the startling and potentially illegal decision by the Sarguja district authorities in Chhattisgarh to revoke the community forest rights titles of Ghatbarra village. The reason stated in an official letter, dated January 8, 2016, was that the exercise of these rights was coming in the way of a coal mine that had been granted approval in 2012. The letter was jointly signed by the district collector, divisional forest officer and district level representative of the tribal affairs department. The rights they wished to take away were those the forest-dwelling community had historically exercised in the area for its livelihood, including the collection of non-timber forest produce (NTFP).

This decision brought to light two related questions. First, was this a legally permissible decision as per the Scheduled Tribes and Other Traditional Forest Dwellers (Recognition of Forest Rights) Act, 2006 (FRA, in short)? The legislation lays down procedures for the recognition and vesting of rights but no provisions for their revocation. The second question was fundamental to forest governance and official decision-making on the diversion of forest land for mining: Given the community’s objections and the incomplete recognition of its rights, how could the mining activity that the government was now trying to protect have been approved under the Forest Conservation Act, 1980 in the first place? And once done, is it not the mining company that is in the way of the community’s forest access, rather than the other way around?

Both these issues were brought to the attention of the Union Ministry of Tribal Affairs (MoTA), which exercises jurisdiction over the FRA and through whom the implementation of the law is monitored across India. The Hasdeo Arand Bachao Sangharsh Samiti (HABSS) wrote detailed letters to MoTA and the Union environment ministry – which had granted approval for diversion of forest land for the Parsa East Ketan Besan (PEKB) coal mine. They also wrote to the state level monitoring committee (SLMC) that had the powers to intervene in such matters. In each of these letters, the entire narrative was presented with facts and evidence.

In a May 12, 2016 response to a right to information (RTI) application filed by Alok Shukla of Chhattisgarh Bachao Andolan, the ministry filed a reply that included not just the details of the action taken, but also the file notings and note sheets which show that the matter was much debated within the ministry before any communication to the state government was sent out.

After referring to several legal clauses of the FRA and related guidelines, the fifth paragraph of the official note sheet concludes:

The reason this clarification was important was that while the environment ministry had approved the diversion of forest land for the coal mine in March 2012, the grant of community forest rights (CFR) came only in September 2013. This was problematic for two reasons. One, both the ministry of environment and tribal affairs have categorically stated in circulars and guidelines that forest diversion cannot come into affect till the process of recognition of rights is complete. Two, the residents of Ghatbarra had officially written to the concerned authorities in February 2012, that the recognition of rights is pending and therefore the diversion should not be allowed.

The note sheet also emphatically states that, “The Forest Rights does not [sic] provide for cancellation of any rights recognised under the Act. Therefore cancelling the community title is a violation of the law.” The deputy secretary (FRA) had suggested that this legal fact be clearly communicated to the chief secretary of Chhattisgarh, who most importantly is also the head of the SLMC to monitor FRA implementation in the state.

And then come the review

The first entry in the note sheet is dated March 2, 2016, and from then on starts the process of the secretary, MoTA seeking various clarifications. Within two days, the deputy secretary responds to the questions seeking details on the process under which the CFR was recognised and how it interfaced with the approval for the mine. This part of the note sheet clearly observes that the FRA process was never completed and yet the ministry of environment granted approval for forest diversion for the coal mine.

On March 14, 2016, the joint secretary, MoTA further notes that “both on facts and matter of law the said cancellation of CFR is arbitrary and violation of letter and spirit of the law i.e. FRA.” What follows is a detailed file noting by the secretary, which tries to ascertain the overlapping area of the CFR title and the coal mine. It also tries to verify whether the cancellation of this title has anything to do with the case challenging the forest diversion before the National Green Tribunal (NGT), for which a judgment has already been in issued in March 2014. This file noting finally concludes on March 15, 2016 that “in any case in my opinion, it is premature at this stage to issue a direction that the CFR cancellation is bad in law.” The options presented are for MoTA to clarify the position of law or not do anything at all.

The next date when a file noting appears is on April 5, 2016, which only says a letter has to be drafted to the state government. Since the notings mainly refer to matters as discussed which are not detailed out, it is anyone’s guess what might have been negotiated within the ministry.

Clarifications sought from the state government

Almost two months after the complaint was first made, the deliberations revealed through file notings that the MoTA had issued a letter to the state government on April 25, 2016. In this letter, the ministry refers to the letter of the HABSS and Husain Dalwai, a Rajya Sabha member of parliament from the state. They finally ask the state government to “ascertain the factual position in this regard along with provision of the law under which the cancellation has been made and intimate this ministry at the earliest.”

The note sheet following this letter’s dispatch once again confirms that the FRA process – including seeking the decision of the gram sabha (village assembly), as clarified by the MoTA as well as the environment ministry – had not taken place before the diversion came into affect.

What all this means

A reading of these important executive discussions reveals that the MoTA has concluded that the rights of the affected community to the forest were not recognised before the diversion took place and that the law does not allow for the cancellation of those rights. However, the ministry appears hesitant to take a clear position on this and to direct the state government to revoke this order. It’s been over a month since a mild letter seeking clarifications from the state government was issued but there don’t seem to be any signs of a reply.

Meanwhile, in the Hasdeo Arand forests, mining operations continue unabated, and the forest-dependent people of Ghatbarra are gathering themselves to fight for restoration of their legally-recognised right to use and conserve the forest area.

Kanchi Kohli is with the CPR-Namati Environment Justice Program