The court’s interim order raises crucial questions on why the Centre has failed to monitor and curb the illegal mining of atomic minerals from Tamil Nadu’s shores. 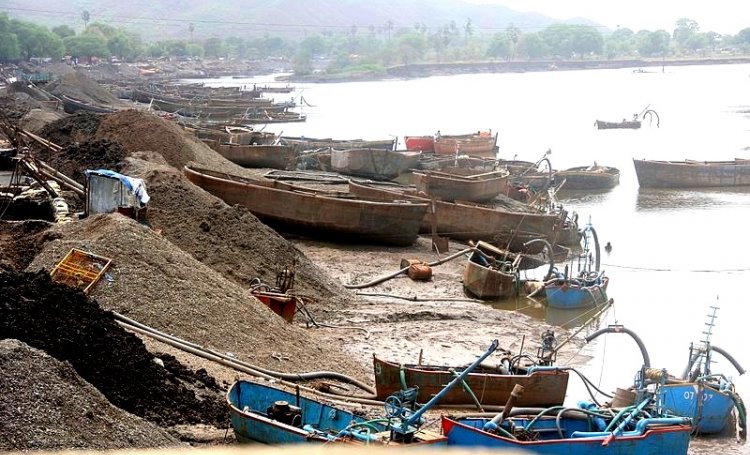 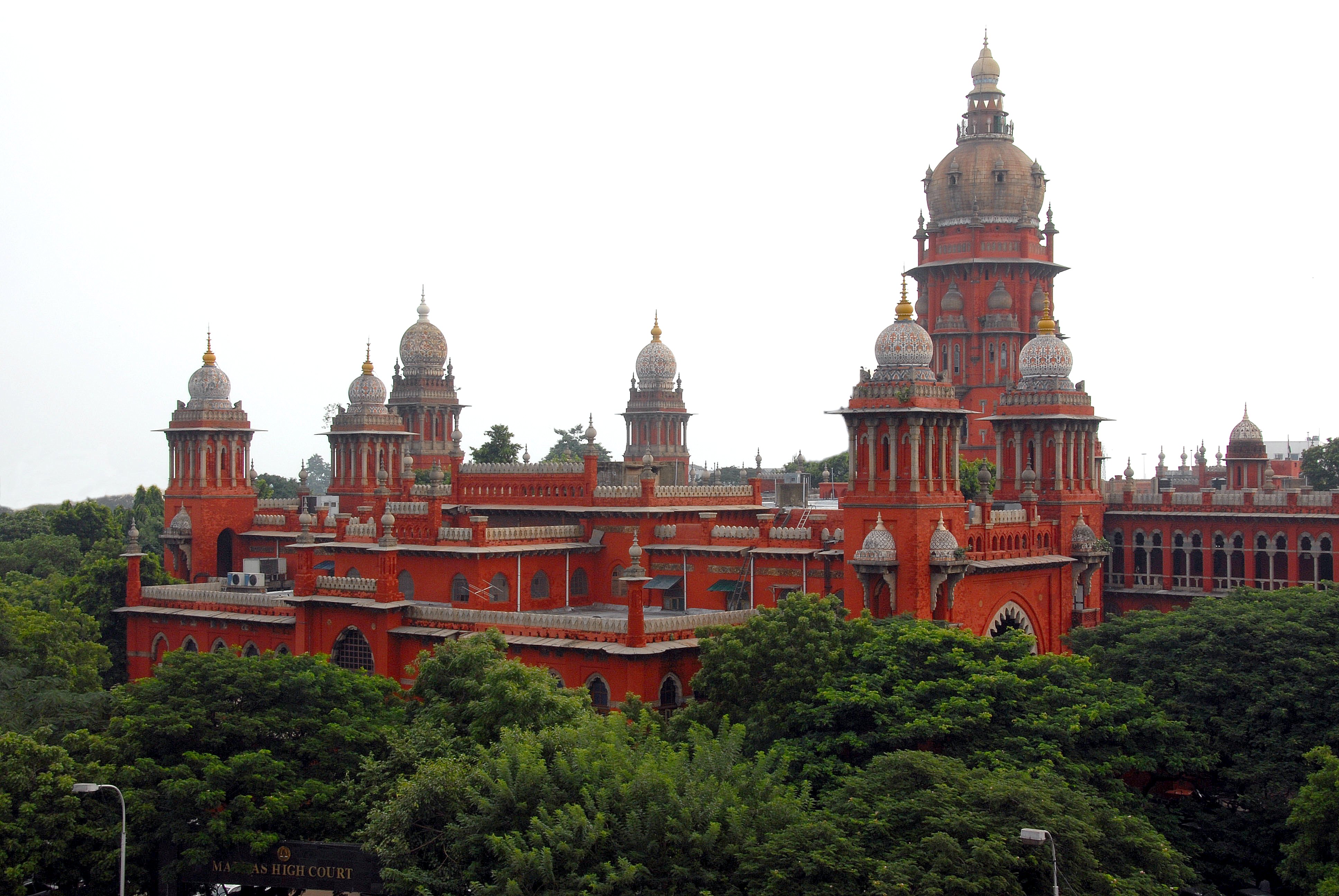 As the saga of illegal beach sand mining drags on in the Madras high court, an interim order pronounced on March 27, by the first bench comprising acting Chief Justice Hulavadi Ramesh and Justice R.M.T. Teeka Raman, has finally called into question the role, or the lack thereof, played by the Centre over two decades in monitoring, curbing and enforcing laws preventing the mining of monazite, an atomic mineral found in the beach sands of Tirunelveli, Kanyakumari and Tuticorin districts in Tamil Nadu. The mineral is found in the sand of the shores of Kerala, Andhra Pradesh and Odisha as well.

In its interim order, the high court said:

“Being high value mineral and a natural wealth, it should be preserved and should not be leased out without proper approval of Atomic Minerals Directorate (AMD) and the Indian Bureau of Mines (IBM). The said mineral has to be isolated from crude form of sand mining and it can be best utilized in atomic power generation and manufacturing of Uranium and other types of heavy materials. In fact, by order dated 22.07.2016, this Court has taken note of the aspect of monozite (sic) mining and observed that it is for the Central Government to take a policy facilitating the utilisation of the monozite (sic) mined, however, no such policy had been brought… Having regard to the high value of the mineral Monozite, which is a rare metal and considered quite valuable and could be used as a replacement for Uranium in nuclear power generation, the Central government has to take a policy decision and regulate the mining of the same.”

Monazite is a heavy mineral found naturally mixed in the sands of the beaches of the southern coastline of India, especially in Tamil Nadu. It is an atomic mineral – meaning that it can be processed to yield thorium, which can be further enriched to uranium for use as nuclear fuel. As per existing laws, no private player can mine or process monazite. Private players can mine and separate other minerals found in the beach sand mixed along with monazite – such as garnet, ilmenite, rutile, leuzoxene, zircon and sillimanite. These minerals are used extensively as abrasives, and in paint and pigments.

The court has also ordered that a special team be formed by the Tamil Nadu government to send experts from the AMD and Indian Bureau of Mines to take samples of sand in the coastal areas where illegal mining is rampant and to analyse these for the level of monazite present.

But the question that has arisen is this – why has the Centre not acted for so many decades?

During the hearing on March 27, additional solicitor general G. Rajagopalan, representing the Centre, said: “We have made the law but we are not able to handle. Implementing authority is the state government. We are not able to do anything.”

The law is clear. Atomic minerals like monazite are solely under the purview of the Department of Atomic Energy (DAE), a portfolio held by the prime minister. The reason for not allowing atomic minerals like monazite to be mined by private players is that it is a question of national security. Only state and Central government agencies, such as Indian Rare Earths Limited, can mine and process monazite.

In an affidavit filed by the DAE in 2013 before the Madurai bench of the Madras high court, the Centre explained the logic behind not allowing private players to mine and process monazite:

“The risks due to radiation, to the general public, in an unchecked and commercially-motivated processing/cracking of monazite for extracting mixed rare earth chlorides/compounds are too high and completely avoidable.”

The affidavit also points to “security and strategic concerns” of the atomic energy sector, under the purview of which comes the mining and processing of monazite.

Why then has the Centre not acted upon the blatant disregard for national security? In first part of a four-part series on illegal beach sand mining, The Wire had reported on how the Tamil Nadu government had “included” monazite in 17 licences to mine other beach minerals granted by the Centre. No action has been taken by the DAE or the AMD on this for years. And in the latest court hearing, the Centre has simply thrown up its hands and said it is “not able to handle”. Not able to handle what is a question that begs asking.

A senior official in the state government asked why the Centre had not lifted a finger, despite the respective district administrations now cracking down on the illegality. “The issue is about atomic minerals. This comes under the purview of national security which is the Centre’s domain. The ports and airports come under the Centre and they can easily issue orders to seal the boundaries of the country so that these exports are stopped until the case is over. Why are they reluctant to do so?” asked the official, who spoke on condition of anonymity.

“There is no comprehensive law on this as on today. Things are incoherent. Unless they bring a comprehensive law that deals with atomic substances and also include penal provisions in it, nothing much can be done to curb this. Central government is very dormant in various issues, very active in pro-corporate and pro-religious issues. Centre needs to act quickly on this,” said K.M. Vijayan, senior advocate practicing at the Madras high court.

Another revelation has been made in the high court’s interim order. Glimpses of the 2014 report compiled by senior IAS officer Gagandeep Singh Bedi on illicit beach sand mining has now been made public by the high court’s First Bench. Bedi’s report, commissioned by the state government in 2013, has been in limbo for three years and has not been made public, as the miners went to court and obtained a stay on the report.

According to the revelations in the interim order, the Bedi report has found illegal mining of raw sand to the tune of 90 lakh MT.

Now take a look at the district level committee reports of the Tirunelveli district administration – one report filed in November 2016 detailed illegal mining carried out between 2008-09 and 2013-14, the year when the ban on beach sand mining was ordered by then chief minister J. Jayalalithaa. The second report filed in February 2017 details illegal mining carried out between 2000-01 and 2007-08.

On collating the data of the submissions made by the various miners to the district level committee, The Wire found that all beach sand miners in the district from 2000-01 to 2013-14 had mined a quantum of 1.6 crore MT of raw sand.

Of this, 1.2 crore MT of raw sand was found by the committee to be illegally mined.

The miners’ explanation for mining over the permitted limit was that there was a rollover of sand from the previous year’s balance. But the committee did not accept this explanation – if the miners were to be believed, the recovery rate of minerals from the raw sand would be as high as 58.41%, an impossible amount. “This high recovery of heavy Minerals from the total quantum of raw sand permitted are not supported by Approved Mining Plan / Approved Scheme of Mining… Even after extraction of a high recovery of 58.41% of Minerals transported, the balance materials could be waste only and it could not be either raw sand or heavy minerals,” stated the November 2016 report.

Two independent reports of the state government have given two different figures of illegal mining – Bedi’s 92 lakh MT and the Tirunelveli district level committee’s 1.2 crore MT. It is unclear as to whether Bedi’s 92 lakh MT is in addition to the claim of 1.6 crores of raw sand submitted by the miners or whether it is within the already mined amount.

These questions rest directly on the doorstep of the prime minister as he holds the portfolio of atomic energy.

The director of the AMD in Hyderabad was unavailable to take calls and an email questionnaire was unanswered until this report was published.

“Even in the absence of legislation or whether the existing legislation is not enough, the Centre should now immediately take effective steps in terms of the court order to put in place a policy,” said senior lawyer Sriram Panchu. “The Court has been very clear in its order. Centre should act immediately.”

As the court hearing on March 27 neared, some miners got rather desperate as export obligations had to be met. With all southern ports blocked off, as detailed in The Wire’s earlier report, boundaries were shut to the miners.

To this end, on March 8, a letter signed by Krishnamohan, assistant director of mines for Tuticorin district, reached the Tuticorin Port authorities. The letter contained permission for a consignment of 420 MT of garnet to be shipped to Dubai by VV Mineral, the largest miner and exporter of beach minerals in the country. On March 13, the assistant commissioner of Tuticorin Port sent a letter back to the Tuticorin collector’s office stating that Krishnamohan’s letter was not in the correct format and did not carry the collector’s seal and other details. The next day, March 14, a letter was again sent back from the collector’s office stating that the first letter of permission was genuine.

Smelling a rat, the assistant commissioner of Tuticorin Port rang up the collector to check if the letter from his office was genuine. A shocked collector, Ravikumar, said he was not aware of any of these letters and swung into action. Krishnamohan was suspended and the consignment of garnet seized on March 22. The next day, the godowns of various miners in Tuticorin district were locked by the collector’s teams and 4.55 lakh MT of minerals were seized. Another 3 lakh MT of raw sand was also seized. 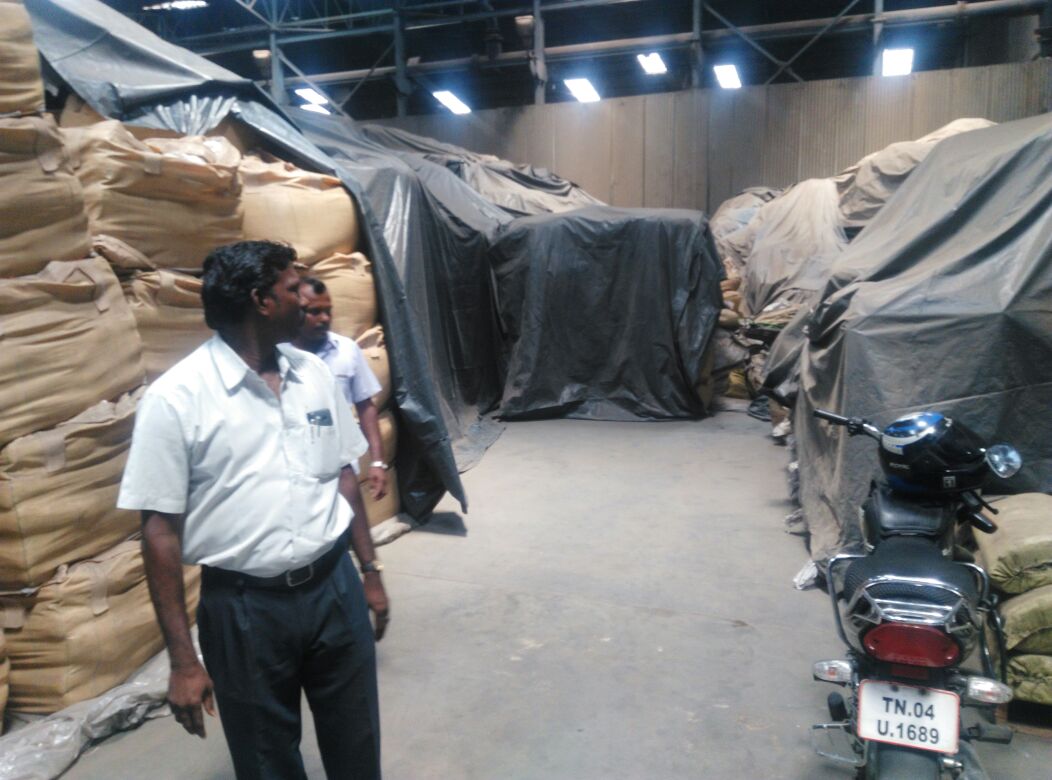 On March 27, amicus curiae V. Suresh, appointed by the Madras high court in the PIL, brought this incident to the bench’s notice. Senior counsel A.R.L. Sundaresan, appearing on behalf of VV Mineral, stated in response: “We have validly mined mineral. I have asked the authority to give me permit. I do not know who the authority is.”

On March 19, the Dakshina Nadar Sangam, which has as its member S. Vaikundarajan of VV Mineral, met with and proffered support to the AIADMK (Amma) candidate in R.K. Nagar bypoll, T.T.V. Dhinakaran, V.K. Sasikala’s nephew and the man who is now the puppet master of the current Edappadi Palanisamy government in Tamil Nadu.

“Vaikundarajan is in a fix right now with respect to the case that is going on in the High Court and also with the Collectors and the Port authorities cracking down on him. He is now trying to get back into the good books of the ruling party. I think he might even succeed in effecting a patch-up,” said Jayaram Venkatesan, social activist and convenor of Arappor Iyakkam, an anti-corruption citizen’s movement.

The next hearing is scheduled for April 27 when the amicus curiae is expected to submit a comprehensive report on the issue of illegal beach sand mining. The state government has already issued orders for a committee to be formed headed by a secretary level officer as per directions of the court. This committee will consist of officials from all the departments dealing with beach sand mining, including the DAE and the AMD. As per the directions of the court, frequent patrolling of the beaches of Tamil Nadu has to be done by this committee to ensure that no mining of beach sand takes place. Senior officials of the DAE and the AMD have also been directed to sample the beach sand and submit analyses of monazite content.