Experts believe that the shifting of the river could lead to flooding and increase air pollution in Patna, which is already one of the worst cities in the world for air quality. 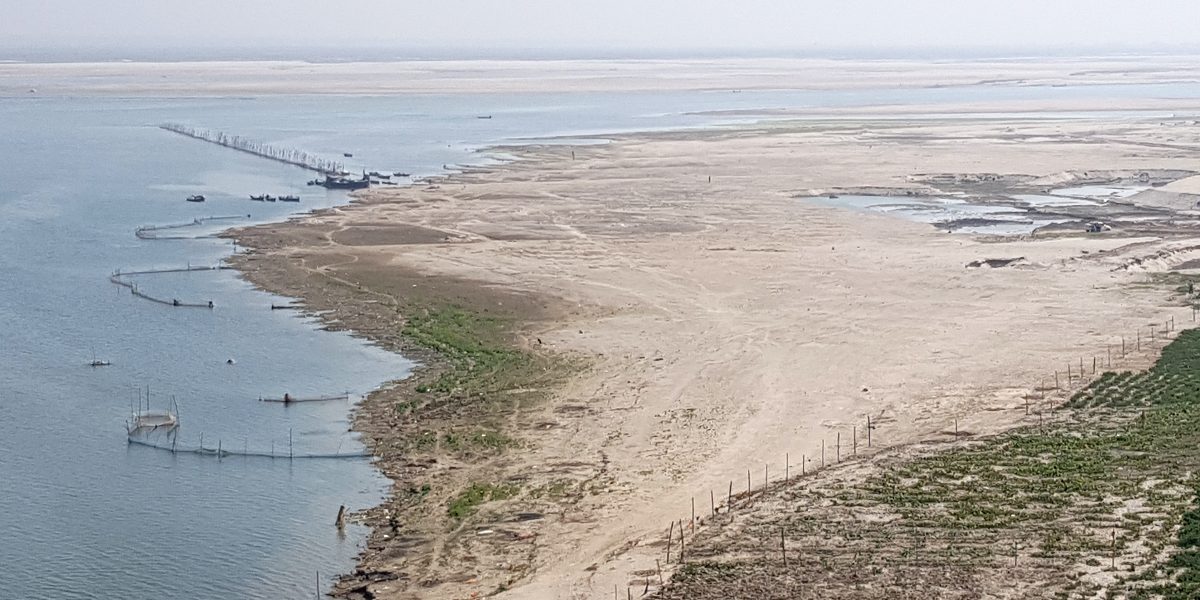 Sand and dust particles from the vast stretch of barren land exposed due to the shifting of Ganga contribute to Patna’s deteriorating air quality. Photo by Hridayesh Joshi.

“In last 20 years Ganga ji has moved too far from here, perhaps our sins have caused this. We pollute it so much and dig its heart (for mining) day and night. This was bound to happen,” said Chandru Rai, a 72-year-old resident of Patna, who often comes to the ghats of the stretch of Ganga river that flows along the city, for prayers.

However, most of the ghats, a series of steps leading down to the river, in Bihar’s capital city of Patna, now overlook a dry stretch of land. Ganga, which once flowed along the city, has shifted away at least five to six kilometres away from its original course. Experts believe that the change in the course of the river is due to several reasons which are geogenic (resulting from geological processes) as well as anthropogenic (resulting from human activity).

“Lateral shifting of the river is a typical characteristic of any tropical river. But, at the same time, what has happened with Ganga, especially in and around Patna, is definitely man-made. Too much extraction of sand and building of brick kilns has led to the shifting of the river away from the city,” said R.K. Sinha, a biologist and also the vice chancellor of the Nalanda Open University in Bihar.

Sinha explained how the sand mining and dumping by brick kilns affected the flow of the Ganga river and its tributaries like Son and Ghaghara near Patna. “Excessive mining at the mouth of river Son which meets Ganga near Patna has also caused the change in flow. The mining has eroded a lot of villages on the left side and deposited all the soil on the right, and a vast stretch of land has been created,” he added.

Official government data demonstrates that mining has continuously increased over the last few decades. As per the Bihar government’s data published in November 2018, the total revenue earned between 2014-15 and 2016-17 from sand mining along Ganga in the state was Rs 540 million (Rs 54 crores).

“These official figures do not reflect the illegal mining which is going on day and night. This data is just for the approved mining,” said a senior official of the Bihar government, while wishing to remain anonymous.

In Patna district, the total length of the Ganga river is 99 kilometres. The waterfront used to be around 20 kilometres before the river started moving away from the city.

Research published in 2014 says that river Ganga is shifting away from the city of Patna on an average of 0.14 kilometres per year.

Apart from rampant mining, brick kilns are another big reason for this change. The brick industry boomed as the demand for housing and other construction rose after 1990 due to urbanisation. In 2016-17, a total of 479 brick kiln were identified by the government in Patna district and out of them 388 units are still working. 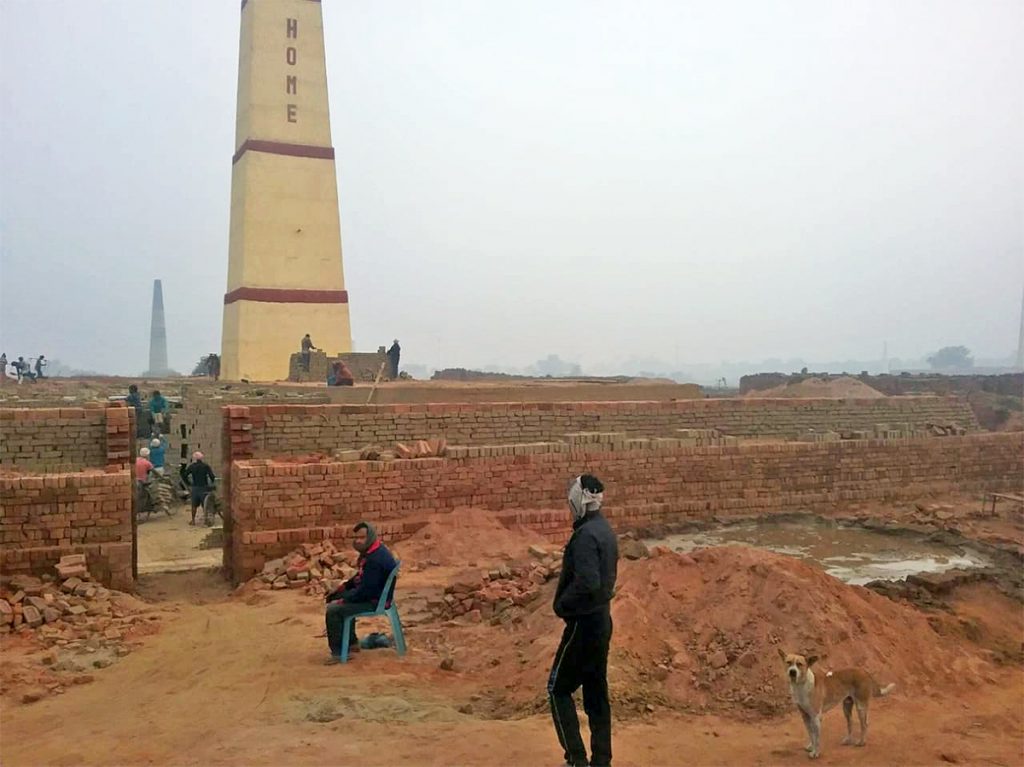 Experts say that excessive sand mining and dumping by a large number of brick kilns into the river are among the reasons that led to a change in Ganga’s course. Photo by Hridayesh Joshi.

Experts believe that the shifting of the river could bring with it changes, like an increase in air pollution, that could impact the city and its people.

“Patna is declared as one of the worst polluted cities (in terms of air pollution) in the world. One of the reason is this shifting of the Ganga because a vast stretch of the Ganga has been exposed and the soil is alluvial (very soft soil).

Whenever the wind blows from the north side towards the city, it brings a lot of sand particles and dust particles. As there is no barrier (to stop that) like any tree cover or green belt, and the river is totally exposed, it creates a lot of problem for the people who live here,” said Ashok Ghosh, who has worked on Ganga for many years and is currently the chairman of the Bihar Pollution Control Board.

The shifting Ganga which leaves open the riverbed also poses a threat of flooding, which can endanger the lives of those living in and around the banks, experts have claimed. Strict laws for sand mining that are adhered to and tree cover along the river banks are some of the recommendations for the city.

Leaders of political parties in Bihar however, claim that they are “most concerned” for Ganga.

K.C. Tyagi, who is the senior leader of the ruling party, Janata Dal (United) told Mongabay-India, “Our concern for river Ganga is bigger than any other party because the longest stretch of Ganga is in Bihar and this has been the land of socio-political movements.”

With so much talk about the Ganga during the 2019 elections, the issue is likely to find resonance when Patna goes to polls on May 19.