Watch | 'We Have Technology to Solve Climate Crisis, Problem Is of Political Willpower’

Michael Mann spoke to The Wire about why he felt drawn to writing a book which is more about the politics of climate action than about the science of climate change. 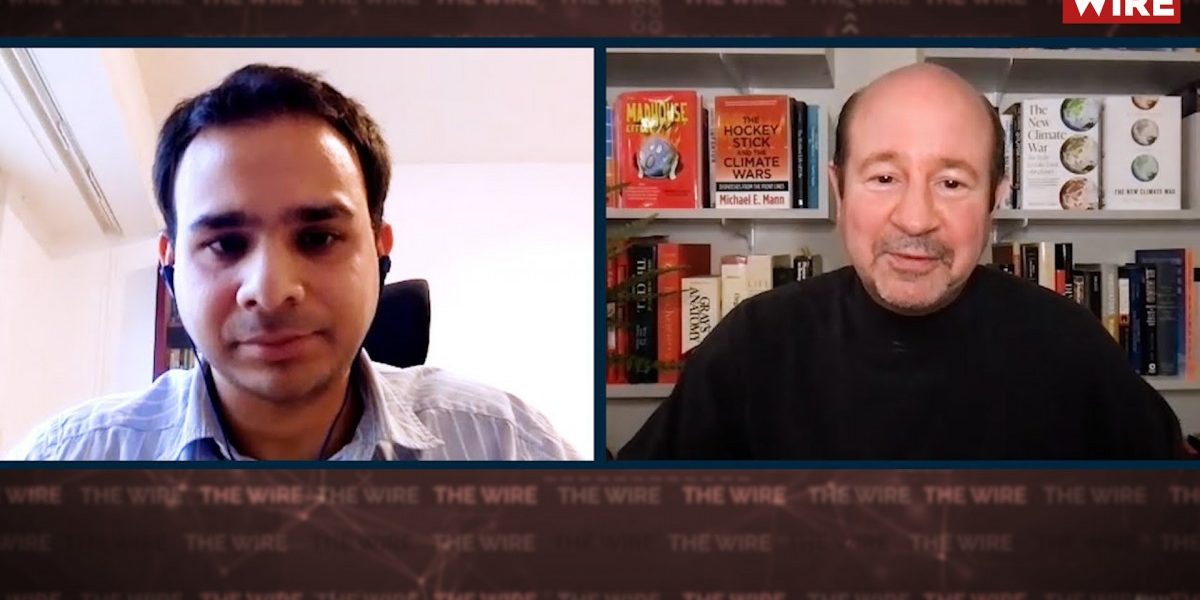 The Wire spoke to Michael Mann, one of the world’s leading climate scientists, who is out with his new book The New Climate War. In a wide-ranging interview, Mann spoke about why he felt drawn to writing a book which is more about the politics of climate action than about the science of climate change.

He spoke about the dangers of misinformation, the tactics of delay, deflection and division deployed by conservative media and fossil fuel companies to ensure that fossil fuels continue to be burnt. On the other hand, Mann said that misleading doomist narratives on the progressive spectrum are also a cause for worry.

Mann provided his view point on what lessons the coronavirus pandemic has for the looming climate crisis. He hopes that we have learnt the lesson that misinformation and science denialism can be deadly. Mann believes that we ought to have learnt that many of the great challenges that we face require responses that are fundamentally informed by science.

He also spoke about Bill Gates’ new book on climate change, How to Avoid a Climate Disaster. Mann argued that Gates provides the wrong prescriptions because he wrongly dismisses the role renewable energy can play in decarbonisation.