Mauritius has asked France for help after an oil spill from a Japanese-owned ship near vulnerable waters. 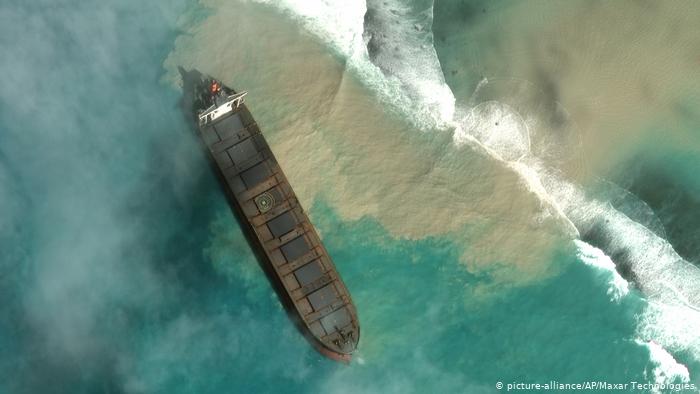 The island of Mauritius declared an environmental emergency late Friday over an oil spill caused by a Japanese-owned ship that was stranded off the coast days ago.

The M.V. Wakashio, owned by Japanese companies Okiyo Maritime Corporation and Nagashiki Shipping Co. Ltd., was on its way from Brazil from Singapore carrying close to 4,000 tons of fuel when it ran aground on July 25.

Cracks have appeared in the ship’s hull, causing an oil spill that “represents a danger” for the nearly 1.3 million residents of the Indian Ocean island.

“Our country doesn’t have the skills and expertise to re-float stranded ships, so I have appealed for help from France and President Emmanuel Macron,” Prime Minister Pravind Jugnauth said earlier in the day, as the French island of Reunion is Mauritius’ closest neighbour.

Nearly 400 sea booms have been deployed to control the spill and the police are looking into causes, including possible negligence, the government of Mauritius said in a statement.

As more diesel and oil leaks into the water, it may have a catastrophic effect on Mauritius, environmental group Greenpeace Africa has said.

“Thousands of species around the pristine lagoons of Blue Bay, Pointe d’Esny and Mahebourg are at risk of drowning in a sea of pollution, with dire consequences for Mauritius’ economy, food security and health,” Greenpeace Africa’s climate and energy manager Happy Khambule said in a statement.

A representative for Nagashiki Shipping, Yoshinori Fukushima, said the company has “put up a fence and started recovering the oil,” and that the cause of the accident is being investigated.