Malayalam Poet, Conservationist Sugathakumari Passes Away Due to COVID-19

One of the most celebrated Malayalam poets of the contemporary era, Sugathakumari was known for her unique poems filled with compassionate empathy, human sensitivity and philosophical quest. 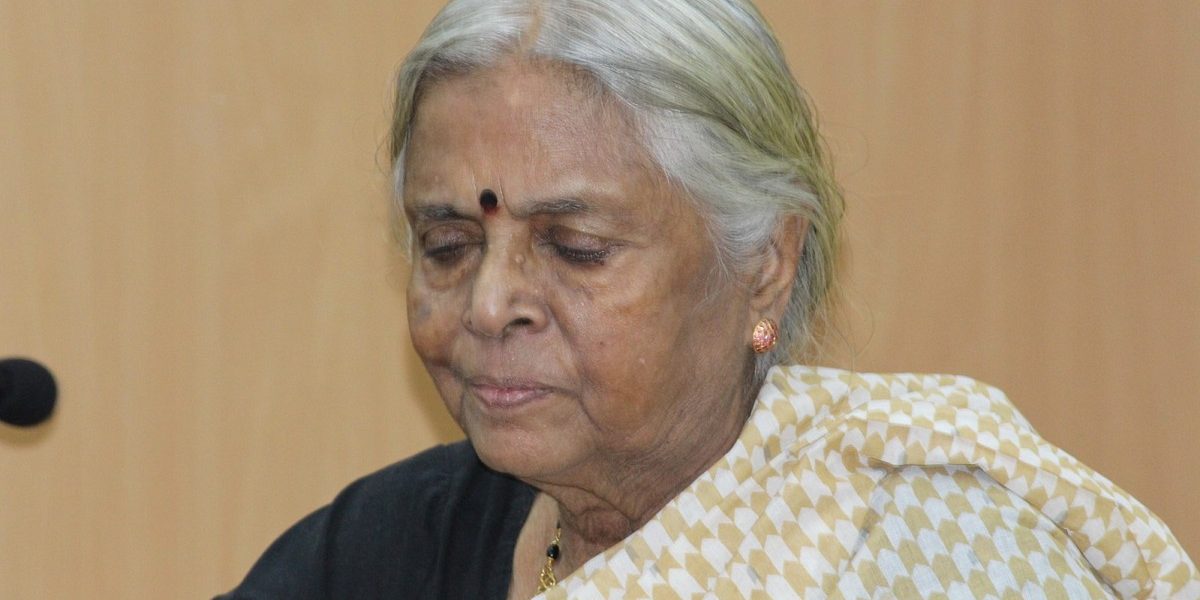 Thiruvananthapuram: Eminent Malayalam poet, conservationist and women’s rights activist Sugathakumari, who had tested positive for COVID-19 and was undergoing treatment, died at the government medical college hospital here on Wednesday.

She was 86 and is survived by her daughter, Lakshmi Devi.

The octogenarian poet rarely made public appearance in recent days, due to old age difficulties.

Fondly being called as ‘Sugatha Teacher’ by her hundreds of admirers and followers, the activist-poet had been admitted to the intensive care unit of the medical college after being diagnosed with the viral infection on December 21.

Though she was first admitted to a private hospital, she was rushed to the government health facility after she tested positive.

As her condition remained critical without any change and her body failed to respond to medicines, the poet was on ventilator support, medical college authorities said.

Besides the severe bronchial pneumonia, an after-effect of COVID-19, the condition of her vital organs also deteriorated and the end came at around 11 am.

One of the most celebrated Malayalam poets of the contemporary era, Sugathakumari was known for her unique poems filled with compassionate empathy, human sensitivity and philosophical quest.

In her poetic career spanning over six decades, she, through her subtle and sublime lines, fought against the injustices in this world especially against the ruthless oppression of women and indiscriminate exploitation of nature.

A fearless and tireless fighter in real life, she led several agitations for the environmental cause and conservation of nature.

She had spearheaded the fiercest environmental campaign witnessed by Kerala – against a proposal to set up a hydel project in the Silent valley in Western Ghats three decades ago, and was also in the forefront of the recent agitation against the construction of an airport at Aranmula.

The poet had been a constant presence and invitee wherever there was an environmental issue in the state until some years ago, before she became physically weak due to age-related issues.

For over three decades, Sugathakumari had been running ‘Abhaya’, an organisation for underprivileged women, including the poor, rape survivors, domestic violence victims and drug addicts.

Born as the second daughter of freedom fighter and poet, Bodheswaran and wife Karthiyayini Amma on January 22, 1934, Sugatha had entered into the world of poetry in 1960 with her first collection of poems, Muthuchippikal.

Since then, she had captured the Malayali consciousness through her soft but hard-hitting verses in a handful of poetry collections including Pathirapookkal, Krishna Kavithakal, Ratrimazha, Ambalamani, Radha Evide, Thulavarshapacha and so on.

Though her early works concentrated more on subjective themes and personal quests, her poetry, in the course of time, broadened its peripheries, assimilating social concerns and philosophical voyages as themes.

Also the first chairperson of the Kerala State Women’s Commission, Sugathakumari had been a recipient of several honours and recognitions. The country had bestowed her with the Padma Shree in 2006. She also won the higher literary award, Saraswati Samman, in 2013 for her poetic collection Manalezhuth (The Writing on the Sand).

She also bagged almost all prestigious literary awards in the state including Kerala Sahitya Akademi Award, Ezhuthachan Puraskaram, Vayalar Award,Odakkuzhal Award, Ashan Prize and so on.

The late K. Velayudhan, the writer and scholar, was her husband.

Noted writers and academicians, the late Hridaya Kumari and Sujatha Devi, were her siblings.