Despite taking almost a decade to prepare a state action plan for climate change, the Maharashtra government has missed out on including issues related to thunderstorms, lightning and air pollution. 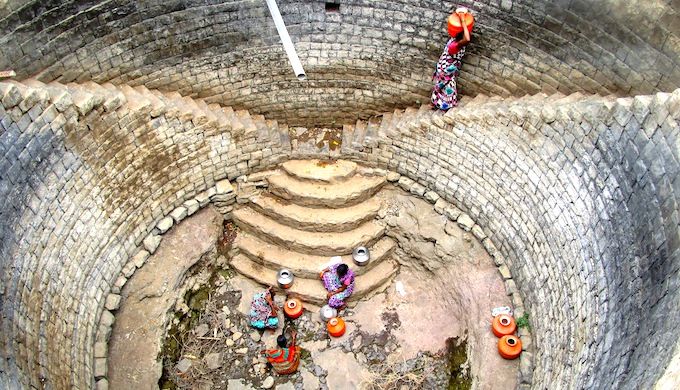 The action plan is built on a high resolution climate change modelling for which the consultant, TERI, entered into a partnership with the UK Met Office to assist in the development of climate projections for the state as a unit. Using a high resolution model, the adaptation plan projects changes in temperature and rainfall across the state at a resolution of about 25 km by 25 km for time periods 2030s, 2050s and 2070s with the average climate during 1970-2000 as the model’s baseline.

An important component of the action plan is the Macro Level Vulnerability Index (MLVI) based on 19 indicators, which has identified the most vulnerable districts in Maharashtra. As per this vulnerability index, Nandurbar is the most climate change vulnerable district, followed by Dhule and Buldhana districts. On the other hand, Satara is regarded as the least vulnerable district. Ratnagiri and Sindhudurg districts are also considered less vulnerable to changes in the climate. The state government has announced setting up a panel of experts to oversee the implementation of the report.

But, meteorologists and environment experts aren’t satisfied with the state action plan. “The state has taken considerable time to come up with its adaptation plan on climate change. But, the plan misses out on some crucial weather events, such as thunderstorm and lightning that are linked to climatic changes. Air pollution, an important environment factor, is also missing from the plan,” Akshay Deoras, Nagpur-based independent meteorologist, said.

“Moreover, any climate modelling study that projects temperature rise or changes in rainfall, must quantify errors as that adds to the validity of the report. But, the error margins are missing in the state action plan,” added Deoras.

Ashok Jaswal, former scientist with the India Meteorological Department (IMD) Pune, stresses that an effective state action plan should include all direct and indirect climatic parameters. “Air pollutants are aerosols and have their own different properties. Some are salt-based, whereas others are carbon-based, or dust, or smoke. Some reflect solar radiation, whereas others trap heat,” he told indiaclimatedialogue.net. “These aerosols influence cloud formation, rainfall and the overall climate, and must be a part of the state action plan on climate change.”

Broadly speaking, the state action plan discusses the impacts of climate change on six sectors — agriculture, water resources, health, forests and biodiversity, livelihoods, and energy and infrastructure. It also makes model-based projections for rainfall and temperature in the state; and assesses the future sea-level rise. A section in the plan is dedicated to extreme rainfall, flooding and adaptation in the Mumbai Metropolitan Region (MMR). 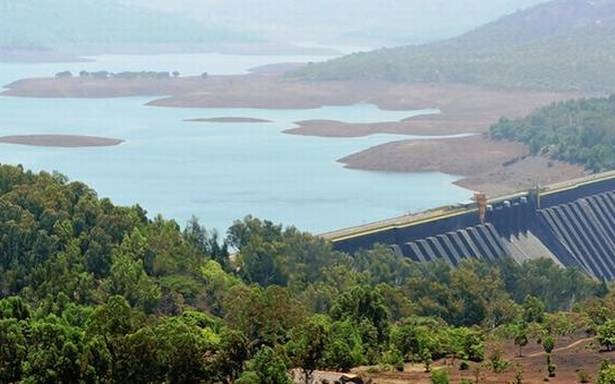 Konkan and Nashik divisions are expected to have an increase in heat index (calculated by combining projections for air temperature and relative humidity to indicate human comfort levels), which will lead to heat stress. The action plan notes that an increase in temperature will be conducive to malaria-transmitting mosquitoes in eastern and coastal (Thane and Raigad regions) Maharashtra in 2030s. By the 2050s, a faster rate of parasite development will take place in Aurangabad, Jalna and Nashik districts.

Since a warmer atmosphere has a higher capacity to hold water vapour, it will lead to intense rainfall events with longer dry or low rainfall spells in between. Extreme rainfall is projected to increase in all regions of the state with greater increases in the northern parts of the state, particularly in Aurangabad and northern regions of the Nashik division. By the 2030s, Amravati division is expected to have 17.5-30 percent more rainfall, which will further increase to 22.5-32.5% by the 2050s.

Meanwhile, parts of south central Maharashtra (Ahmednagar, Solapur, Beed, Latur, Osmanabad, etc.) are projected to experience more dry days in the 2030s as compared to the baseline. These districts of Marathwada are already prone to recurring droughts and infamous for farmers’ suicides.

“The findings of the state action plan are important because they clearly describe the adverse impacts of climate change on all the regions of the state. The report shows the worrying trend of an increase in extreme weather events and heavy precipitation days in Maharashtra,” Parineeta Dandekar, associate co-ordinator of the South Asian Network on Dams, Rivers and People (SANDRP), told indiaclimatedialogue.net. “Increased rainfall will lead to heavy flooding, which will have a direct bearing on the state’s water infrastructure. But, the action plan fails to elaborate upon ways to manage the water infrastructure in times of climate change.” 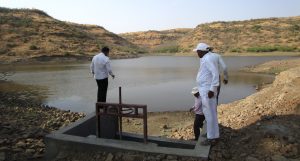 A pond in Maharashtra in 1972. Credit: Nidhi Jamwal

Lightning is listed as a state-specific disaster in Maharashtra, but the state action plan makes no mention of lightning, which is linked to climatic changes. “Rising temperature means more evaporation and high moisture content in the atmosphere, which leads to more thunderstorm activity and an increased incidence of lightning,” explained Jaswal.

A recent study, Distribution of Lightning Casualties over Maharashtra, India, has studied lightning deaths in the state between 1979 and 2011 and found 2,363 casualties from 455 lighting events. On an average 72 casualties per year have been reported with significant increasing trend. “About 51% events and 46% casualties have occurred only in six districts of Nagpur, Chandrapur, Yavatmal, Nashik, Amravati and Akola. Remarkably, Vidarbha region has reported about 4 times more lightning events and about 3 times more casualties than second highest Marathwada region,” reads the September 2011 study published in the Journal of Indian Geophysical Union.

Another September 2015 study, Lightning Fatalities over India: 1979-2011, has reported Maharashtra as number one state in the country with lightning fatalities. Of the 5,259 people killed due to lightning in India between 1979 and 2011, 29% were from Maharashtra, followed by 12% from West Bengal and 9% from Uttar Pradesh.

New climate models have predicted a 50% increase in lightning strikes across the world during this century as a result of warming temperatures due to climate change. “It is shocking that in spite of so many lives being lost each year due to lightning, the state action plan does not even mention the terms thunderstorm and lightning. Unless the plan acknowledges these weather events, how will the state government manage such disasters?” questioned Deoras.

Jaswal urges the state government to include thunderstorm in the state action plan because thunderstorm leads to cloudburst, which gives localised precipitation and causes heavy flooding, as happened during the Mumbai floods in July 2005.

The action plan does take note of the adverse impacts of hailstorm on horticulture crops in the state. For instance, it notes that the hailstorm destroyed grapes crop in 2008-09. In 2010, almost 15% of the orange crop was destroyed due to rising heat and untimely hailstorm. But, the action plan fails to provide pointed information on ways to deal with hailstorms and minimising their impacts on the crops.

Apart from thunderstorm and lightning, the action plan also makes no mention of air pollution which is closely related to climate change. According to the Institute for Advanced Sustainability Studies (IASS) Potsdam, Germany, many air pollutants that are harmful to human health and ecosystems also contribute to climate change by affecting the amount of incoming sunlight that is reflected or absorbed by the atmosphere, with some pollutants warming and others cooling the earth. These so-called short-lived climate-forcing pollutants (SLCPs) include methane, black carbon, ground-level ozone, and sulfate aerosols.

“Not including air pollution in the state climate action plan is a major drawback and the same must be rectified at the earliest,” Jaswal told indiaclimatedialogue.net. According to him, action plan is a vision document to guide the policy makers and must be comprehensive in all aspects.

Dandekar stresses on the need for translating action points listed in the state adaptation plan into swift action. “The recommendations should not remain only on paper, but must be included in the various state policies for immediate implementation,” she said. Deoras recommends setting up of a committee to reframe the action plan, by including the above-mentioned points, and then working towards the plan’s implementation by providing specific directions.

Nidhi Jamwal is an environment editor with Gaon Connection.

This article was first published on India Climate Dialogue.