The forecast predicted heavy rainfall at isolated places in Mumbai, Raigad and Palghar from Monday onwards. 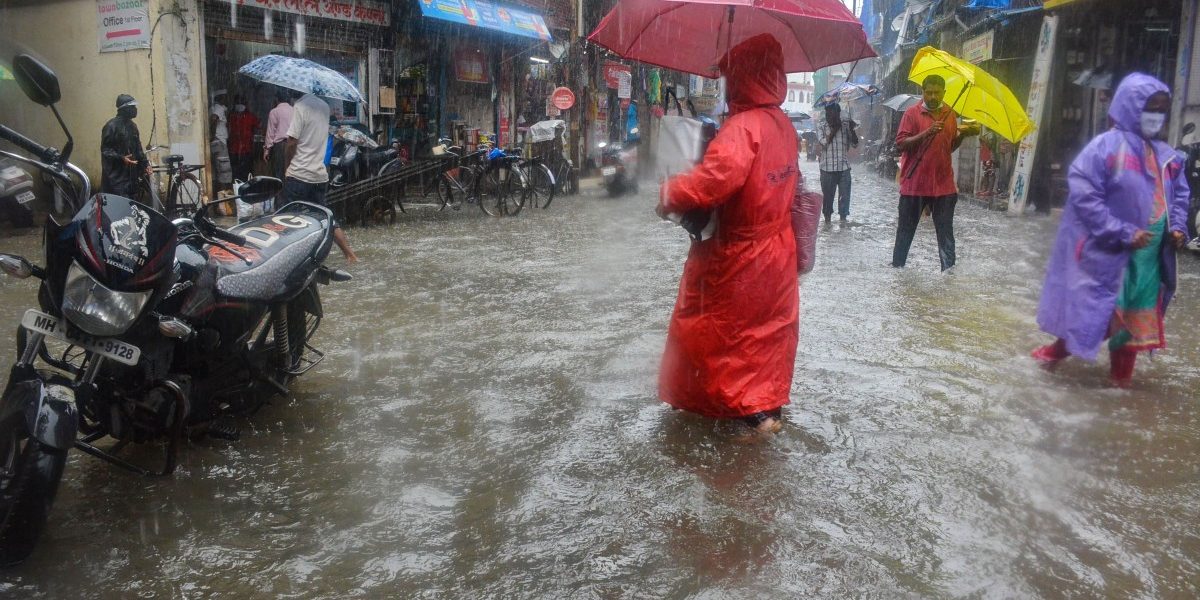 People wade through a waterlogged street during heavy rain, at Jambli Naka in Thane, on August 12, 2020. Photo: PTI

Mumbai: The India Meteorological Department (IMD) on Sunday issued a red alert of extremely heavy rainfall on Monday at isolated places in Pune and Satara districts in Maharashtra, an official said.

The forecast also predicted heavy rainfall at isolated places in Mumbai, Raigad and Palghar from Monday onwards, he said, adding that the intensity of rains would reduce from Tuesday.

The IMD classifies a minimum of 204.5 mm rainfall in 24 hours as extremely heavy.

“Districts in Western Maharashtra, including Pune, Kolhapur, Satara and Sangli, are expected to receive strong spells of showers in the week beginning Monday.”

He said rest of the region is expected to receive heavy to very heavy rainfall at isolated places during the week.

Parts of Maharashtra including north, Madhya and Vidarbha regions are expected to receive heavy to very heavy showers till Thursday, he added.