The operation to evacuate the flood-hit areas is going on, but there is no life-threatening situation, an official said. 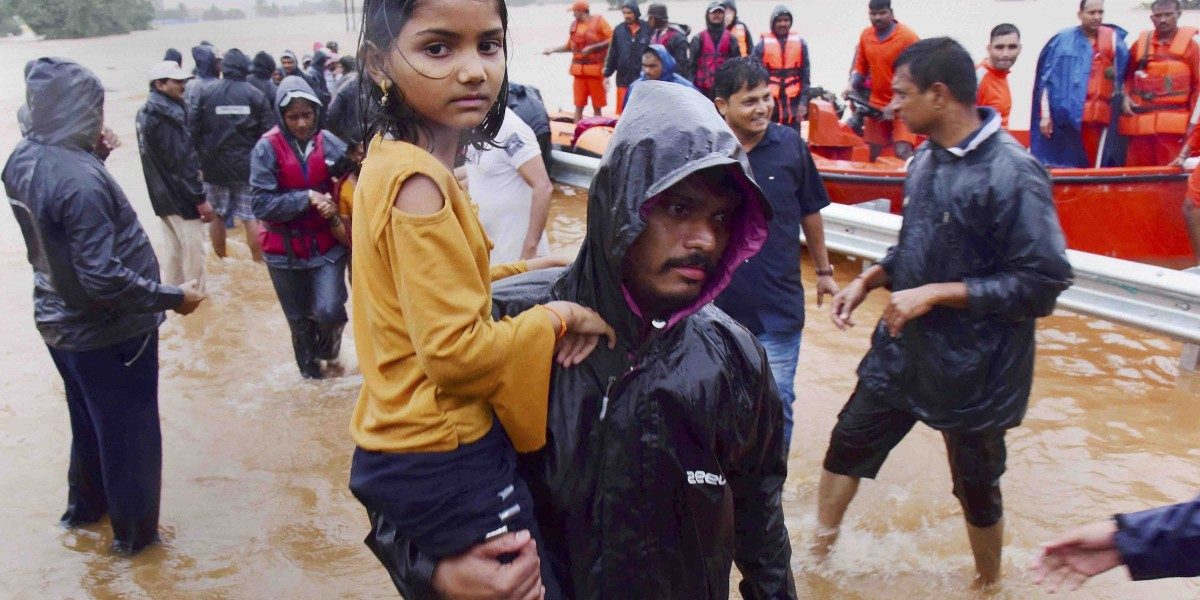 Pune: The flood situation in Kolhapur and Sangli districts in western Maharashtra showed signs of improvement on Saturday as water started to recede from inundated areas, officials said.

However, it would take at least two to three days for the water to completely recede from the districts, they said.

Although the overall situation has improved slightly, the operation to evacuate the flooded areas and moving stranded people to safer locations and providing relief to them is still on.

“There is an improvement in the overall situation. Water is receding, albeit slowly… Currently, the water level in Kolhapur is at 52 feet although the danger level is 47 feet. The highest water level during the current flood was 57 feet,” Abhinav Deshmukh, Kolhapur superintendent of police, told PTI.

As rains have stopped in the district, the situation is likely to improve further, officials said.

In neighbouring Sangli district as well, the water level is receding gradually. Till 6 am, it stood at 56.7 feet, the officials said.

Deshmukh said considering the current situation, it might take another two to three days for the water to recede from Kolhapur district completely.

The operation to evacuate the flood-hit areas is going on, but there is no life-threatening situation there in the district, he said.

“Currently the evacuation is mainly concentrated in Shirol and Kurundwad tehsils of Kolhapur,” the officer said, adding that copters are being used to drop food packets.

Meanwhile, three more bodies were recovered in the boat capsize incident that took place on Thursday near Brahmanal village in Palus tehsil of Sangli district during the flood rescue operations.

Nine persons had drowned and as many others had gone missing in the incident.

“We have recovered three more bodies, including that of a girl,” the officer said.

With the recovery of three more bodies, the death toll in the incident has gone up to 12.

A total of 26 Navy teams with 110 personnel and 26 boats have been deployed in Kolhapur and Sangli districts. They will continue to remain stationed in the area till the flood situation improves, a defence statement said.

Additional 15 teams of the Navy from Visakhapatnam will reach Kolhapur by Saturday afternoon to assist in the rescue operation, a defence spokesperson said.

At present there are 14 Navy teams in Kolhapur district and 12 in Sangli helping the state administration in evacuating the flood-hit areas, the official said.

According to officials, over 2.85 lakh people were rescued due to the devastating floods, from Kolhapur, Sangli, Satara, Pune and Solapur districts and the death toll due to floods in the five districts was 29 till Friday.

According to an official, the discharge from Almatti dam in Karnataka on the Krishna is 5,00,000 cusec (cubic foot per second), which is expected to ease the floods upstream.