Maharashtra Denies Habitat Rights to the Most Backward Tribal Communities

The status of implementation of habitat rights is quite poor in the country, with only a handful of claims being filed and just two titles having actually been issued. 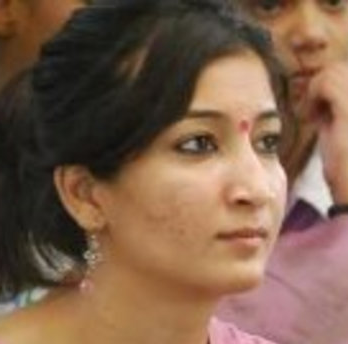 In January 2016, a decade after the Forest Rights Act (FRA) was passed by Parliament, 60 gram sabhas in Khutgaon, Gadchiroli, became the first forest-dwelling people in Maharashtra to file a claim for habitat rights. These people are part of a community called Madia Gond, classified as a particularly vulnerable tribal group (PVTG). Almost three years since their claims were submitted, since also approved by the authorised body, they are yet to receive their legal titles.

PVTG is a subcategory of scheduled tribes (ST), characterised by a pre-agricultural level of technology, stagnant or declining population, extremely low literacy rate and subsistence level of economy. There are 75 listed PVTGs in India; Maharashtra has three: Katkaria or Kathodi in Thane and Raigad districts, Kolam in Yavatmal district and Madia Gond in Gadchiroli district. Among STs, the PVTGs have distinct societies and cultures rooted in their territories and forests. Most PVTGs are known to identify themselves as part of a larger clan of villages of the same community, with large and shared bio-cultural territories. These territories or habitats provide livelihood and resources as well as social and spiritual significance.

The recognition of habitat rights of the PVTGs is one of the more significant provisions of the FRA, yet remains neglected nationwide. Section 3(1)(e) of the FRA recognises “the rights including community tenures of habitat and habitation” and 2(h) defines habitat as “the area comprising the customary habitat and other such habitats in reserved forests and protected forests”. The Ministry of Tribal Affairs (MoTA) clarified that the scope of habitat rights extends over customary territories used “for habitation, livelihoods, social, economic, spiritual, cultural and other purposes”.

These are very different from the more frequently recognised individual rights (for homestead and agriculture), community rights (for gram sabha rights over forest resources) and community forest resource rights (for gram sabhas to use, manage and protect their forest resources). The most important difference is in the manner in which habitat rights go beyond administrative units of household and village – and recognise bio-cultural units and territories for conferring rights. They are one of the least understood and poorly implemented categories of rights recognised in the FRA, along with the rights of nomadic and pastoralist communities.

Despite three PVTGs being in Maharashtra, with a total population of 1.7 lakh, just one claim for habitat rights has been filed.

The case of the Madia Gond

Preparing the claim application in Khutgaon was a long and intensive process, lasting almost six months. Groups within the Madia Gond have traditional ilaka, or territories, and Khutgaon ilaka is one of them, controlled by a group of 60 villages. In April 2015, the testimonies of village elders were used to demarcate the ilaka. The boundaries of the ilaka were verified over the course of multiple meetings at each of the villages and joint meetings at the ilaka level. The application was finalised once all 60 gram sabhas passed resolutions of approval.

Their application claimed the following:

After field visits by officials from the revenue, rural development and forest departments, the claim was approved by a sub-divisional level committee in December 2016. The District Level Committee (DLC) – the final approving authority – approved it in May 2017. But over a year since, the title is yet to be issued.

It is impossible to separate the issue of (denial of) habitat rights to the Madia Gond from the other two hot-ticket issues in Gadchiroli: mining and Maoists.

The traditional territories of the Madia Gond, including the area claimed in Khutgaon ilaka, are biodiversity-rich dense forests with rich natural resource deposits that have attracted considerable interest from the mining industry. In 2007, Lloyd Metals, which has been attempting to start mining in the hills of nearby Surjagad ilaka since 1993, obtained a lease from the central forest advisory council without the mandated consultation or consent from local communities. This was followed by more than 20 more mining project proposals, which stand to destroy 15,000 hectares of dense forests and impact another 16,000 hectares.

The forests acquired (or in the process of acquisition) are crucial to the Madia Gond for agriculture, food, water, economic and ecological security and – from a cultural and spiritual point of view – preserve their identity. Thus, these communities stand in opposition to their destruction.

“The gram sabha concerned have been consistently making demands, through all possible democratic and constitutional methods, that the existing and proposed leases be cancelled,” Neema Pathak Broome from Kalpavriksh, an organisation working on environment and social issues, told The Wire. “This includes sending resolutions to the [environment ministry], MoTA, the National Commission for Scheduled Castes and Scheduled Tribes and the Governor of Maharashtra, holding public meetings and sending a statement of the proceedings to lawmakers and political actors, and organising protest rallies. All of these have been ignored.”

This part of Gadchiroli is also infamous for the presence of Maoists. The movement is also opposed to mining, leading to a constant shadow of doubt cast over the larger forest-rights and anti-mining struggles. Local communities and civil society actors have been repeatedly accused of supporting, or receiving support from, Maoists. The establishment, whose interests align with the companies involved, has used this to justify further mining and increase militarisation in the area, with the intimidation of dissenting voices through arrests and interrogations.

“In such a scenario, it is easy to see how the habitat rights of communities, which would give them immense control over these vast and critical tracts of forest, remain unrecognised by the state,” Broome said.

Lessons from the rest of India

The status of implementation of habitat rights is the same, if not worse, in the rest of the country, with only a handful of claims being filed and just two titles having actually been issued. And one of them is contentious.

In 2014, the habitat rights of the Kadar community were recognised in Thrissur district of Kerala (along with other community rights). In 2015, the district administration of Dindori, Madhya Pradesh issued with great fanfare a habitat right title for seven gram sabhas of the Baiga community. Upon examination, it was found that it was not a title for the entire territory mapped but community forest rights titles of small compartments for each gram sabha packaged as habitat rights. Efforts were soon undertaken by the district administration to correct and reissue the titles; the matter is still pending.

A handful of ongoing efforts for claiming habitat rights across the country highlight various challenges in the process. Gram Swaraj and Vasundhara Odisha are two organisations that worked in Mayurbhanj district to support the Mankadia community claim their habitat rights. The claims were said to have been approved by the DLC. However, this decision was reversed under pressure from forest department officials.

“Mankadias are a semi-nomadic community, and the claimed territory overlapped with the Similipal Tiger Reserve, including its core area,” Tushar Dash, an independent researcher who was with Vasundhara Odisha until recently, said. “Although the FRA is very clear that rights can be recognised in any category of forest land, this is the time when the National Tiger Conservation Authority issued a notification barring FRA recognition in the core area of tiger reserves. The authority’s letter was illegal and outside its jurisdiction, but the delayed response from MoTA on the matter resulted in the suspension of the DLC’s approval and a break in the momentum that was gained from months of effort.”

Another challenge, Dash pointed out, is that there is a vast overlap in the areas that can be potentially applied for under habitat rights and those earmarked for plantation under the Compensatory Afforestation Act 2016 (CAF). CAF plantations are a priority for the government because they are linked to a huge fund. The forest department controls the land, which also contributes to India’s international commitments to mitigate the effects of climate change.

In Bilaspur district of Chhattisgarh, about 3,500 hectares of forest land is being claimed via a habitat right by four gram sabha of the Baiga community. “After facilitating the consultation and mapping process, we submitted the claims to the DLC in December 2017 – but they lie pending as the committee has not met since then,” said Devjit Nandi, an activist with the organisation Navrachna, which helped facilitate this process.

“One of the major issues is the extreme backwardness and geographic isolation of most of the PVTG communities, which makes it extremely testing for any facilitating organisation to create awareness and mobilise them on the issue of habitat rights, and then follow through the long and resource-intensive task of boundary demarcation. The district administration and the state tribal departments need to play a much stronger role in taking this process through.”

Along with the lack of recognition and awareness, the practical challenges of demarcating large forest areas and providing evidence for their claims deter NGOs, which have played a pivotal role in implementing the FRA. Agencies funding NGOs have also stayed clear of the issue due to the numerous complications involved.

The FRA Amended Rules 2012 directed DLCs to ensure that “all PVTGs are conferred habitat rights, in consultation with their concerned traditional institutions and that their claims for habitat rights are filed before the concerned gram sabhas”. In 2015, the MoTA asked all state chief secretaries to “make an all-out effort to recognise the habitat rights of PVTGs in their states”. This is not enough and needs to be followed by concrete directives at the state and district levels.

The recognition of habitat rights can play a vital role in safeguarding livelihoods and the culture of the PVTGs as well as in reviving traditional forest management practices not recognised under the current governance regime. Millet-farming and supplementing diets with forest foods are examples of practices that can be enabled, and they have significant implications on the wellbeing of the community. The government needs to consider these factors and let go of its distrust towards these communities.

Asavari Raj Sharma is a PhD Research Scholar at Tata Institute of Social Sciences, Mumbai and is interested in questions of forest governance and equity in conservation.