Life in the Garbage Heap

In the waste thrown out of home and market, hospital and motel, collected and dumped again by the trucks, in that twice-discarded garbage, women, adolescents and children will rummage to gather things to sell. 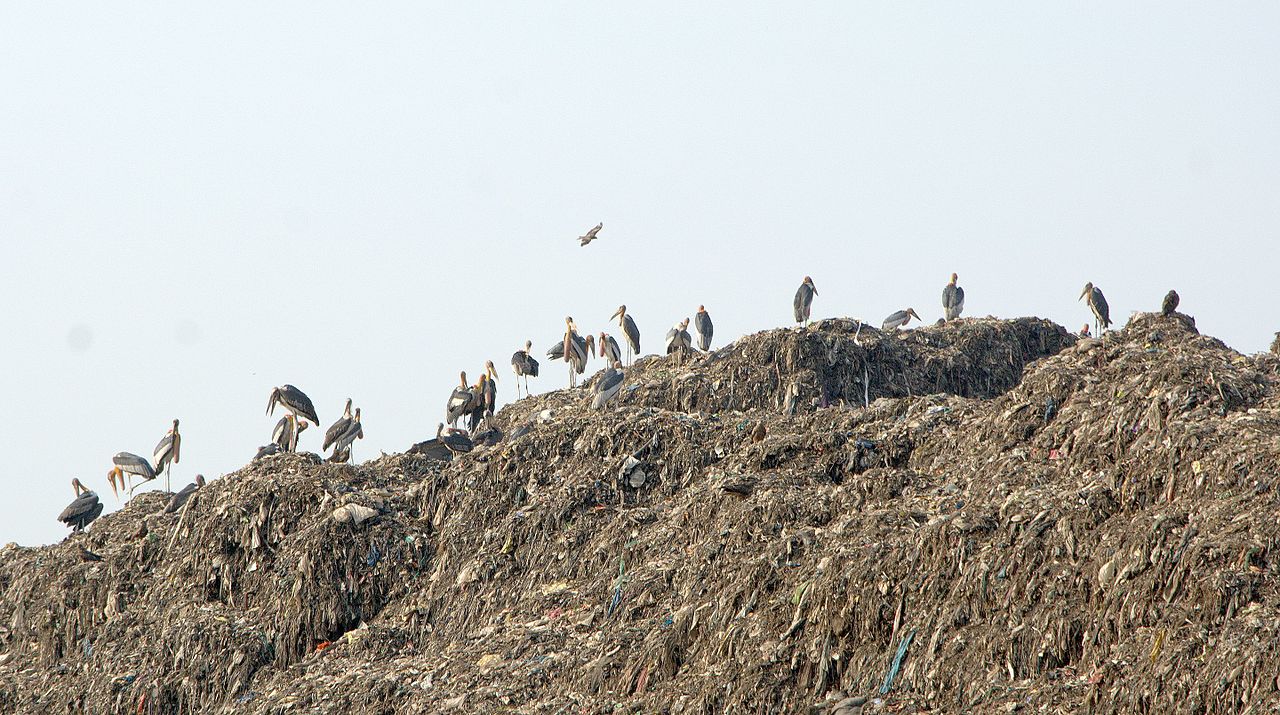 The following is an excerpt from The Wild Heart of India: Nature and Conservation in the City, the Country, and the Wild by T.R. Shankar Raman.

From a boat on Assam’s Deepor Beel—the freshwater lake lying southwest of Guwahati, the largest city in the Northeast—you can look east past thousands of waterbirds and a carpet of floating leaves to see the city’s seething, smoking garbage dump. Under spotless blue skies, a thin brown haze blankets the lake from fringing forest to quarried hillock, from skirting township to the Boragaon dump yard. As another dump truck lurches to a halt and tips its load of filth over, an unruly mob of black kites and a cloud of dark mynas explode from the murky earth, flapping like pieces of tattered cloth caught in a gust. The truck deposits another mound of unsegregated waste—a fraction of the more than 600 tons generated daily from this city of nearly a million people—all plastic and putrefaction, chicken heads and pigs entrails, street dirt and kitchen waste, broken glass and soiled cloth, bulbs and batteries and wires and electronics, metal, paper, and much more. Beside the truck waits a line of people: women, adolescents, and children. And behind them, a phalanx of greater adjutant storks—tall, ungainly birds with bayonet-like beaks and naked yellow and pink necks—is next in line.

In company with cattle and dogs, the people will scavenge first. Driven by poverty, with little or no land or possessions of their own, these people from poor families living around the lake have turned to the dump yard, despite its appalling prospects for their health, to scour a livelihood from the residues of urbanisation. In the waste thrown out of home and market, hospital and motel, collected and dumped again by the trucks, in that twice-discarded garbage, they will rummage to gather things to sell, to use, to survive. Without even a cloth draped over their noses against smoke and stench, they will sift valuable scraps from the offal with metal hooks and bare hands.

Then, it will be the turn of the greater adjutants. The birds will parade over the dump, pick up and swallow rotting meat, skins, and bones, fish tails and goat’s ears, eyeballs and hooves, and some will carry it back to their nests on tall trees in villages many kilometres away, and regurgitate it to feed their hungry chicks. The stork, whose world population is estimated at around 1,200 to 1,800 mature individuals, about 650 to 800 of which lives in Assam, is considered endangered, its population trending downhill. Yet, there are days when nearly half the world population may be seen in the city of Guwahati, congregating at the garbage dump. In its decline, the stork has learnt to survive off the thrice-discarded filth of humanity. 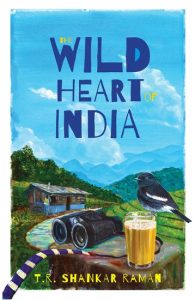 With the reek of burning, decaying garbage, the air carries the droning of flies and keening of mosquitoes, the chatter of women and children, the clatter of stork beaks. The air lies thick with humid vapours that burn the nostrils, clog the windpipe, catch at the throat as if to stifle the breath of life. And above it all, a twister of storks turns slowly. The lanky birds rise and rise in a thermal spiral, wings held wide, yellow pouches hanging at their throats, like penitent beings weighed by remorse seeking the heavens.

Seated on low thwarts, the three of us—Jaydev Mandal, a young research scholar from Gauhati University studying greater adjutants, Divya, and I—are rowed out by the boatman into Deepor Beel. The floodplain lake, a now-festering fragment of the great River Brahmaputra that has swung its course to the north, is a Ramsar site, a wetland of international importance. Every year, thousands of waterbirds gather at the lake, from resident swamphens, lapwings, and herons, to wintering migrant shorebirds, ducks, and geese. Rowing in deeper water or punting through shallows with his oar, the boatman guides the flat-bottomed boat, freshly waterproofed with sticky black tar, over water clouded with sediment and plankton, towards the distant flocks of waterbirds. The boat skims the canopy of a swaying forest of soft underwater plants, topped by floating waterlily leaves that look like plates, like expanded hearts.

Fed by river and rain, the lake receives water and storm runoff along feeder streams and drains. It mixes city wastewater with the purer flows from the hills of the Rani and Garbhanga Reserve Forests to the south. Polluted by pesticide and fertilizer runoff, contaminated with faecal bacteria, muddied by erosion and sewage, Deepor Beel is slowly turning into ditch water. Hemmed in between stolid hills and restive city, pincered by highways to the east and west, cleaved from the southern forests by road and railway line, the lake is shrinking, too. Over two decades beginning in 1991, Deepor Beel lost 41% of its open water and shrank from 712 hectares to 421 hectares, becoming more fragmented. With the loss of wetland area, the birds, too, appear to be in decline. Only the city and its impressive garbage dump are growing and growing.

On the lake, the water parts for our boat, closes in our wake, the parted plants mark our passage on the surface. In distant boats, fishermen fling their nets onto open water, or pull at them, stooping to pick the day’s catch from the tangle. Our boat slips over a long, taut fishing net stretched wide across the lake. The water is calm, it is the horizon that is now swaying. To the west, vehicles ply on the busy highway, to the north, the city burgeons, to the east, the unsavoury Boragaon dump yard moulders, and to the south, a train thunders along.

The tracks shrill and clatter under metal wheels, as they will almost every hour: the trains will not stop. There is blood on these tracks, the blood of elephants—herds, calves, tuskers—who tried to cross the tracks from the forest seeking water and forage in the lake. The elephants were slammed, were dragged, were extinguished: a slaughter wrought in passivity, for who in their right mind will attribute active intent to trains? Only the journeys of the elephants shall come to a stop. The clamour of hundreds of whistling-ducks accompanies our passage, their pulsed whistles and squeals lance over the water. Suddenly, the air reverberates. The beat and rush of wings roils the air overhead as hundreds of pintail ducks and greylag geese take wing from rippling lake to splayed-out sky.

The storks still soar in the distance. From high, they must see the vast braid of the Brahmaputra winding through the landscape. They must see, far, far to the north, the grandeur of Himalayan peaks, dusted with snow and weighed by glacier. They must see that the lake below is but a drop of water on land. The ducks and geese wheel and quarter, they sweep and swerve in the air. They begin to descend, as the storks do, too, out of seamless, unmarked skies.

As dusk settles over the landscape and the milling flocks of birds settle for their roost, the fishermen return to their villages in their boats. The trucks and trains have passed, and perhaps the elephants, too.

By night, as the city flickers to life before us, the garbage dump, its people, its birds, all become invisible. Tomorrow, the fishers will return to the lake, and the women and children to the dump. And, from the skies above Guwahati, it is again to the lake and garbage dump that the birds must drop.

T.R. Shankar Raman is a writer turned wildlife scientist turned writer, living in the Anamalai Hills in southern India. He works with the Nature Conservation Foundation.