Lessons to India From Chile: 'Buildings Kill People, Not Earthquakes  '

In the subcontinent, a quake of the intensity that hit Chile would have flattened entire settlements and killed thousands. What saved Chile was its building codes. 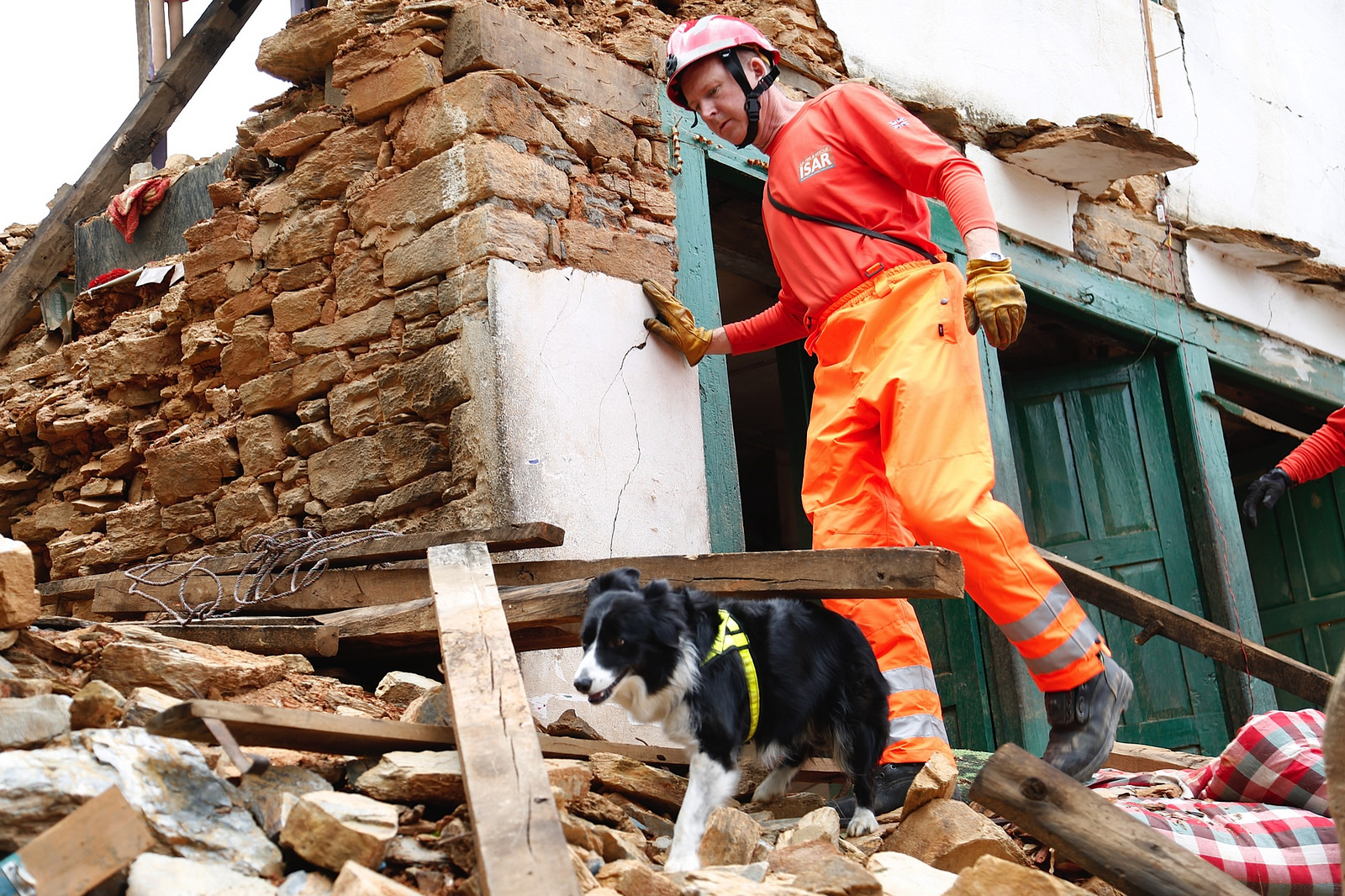 A UK Aid worker inspecting a collapsed structure in the aftermath of the Nepal earthquake in early 2015. Credit: dfid/Flickr, CC BY 2.0

Sao Paulo: On Wednesday night, high-rise buildings on Avenida Paulista, the main avenue of the financial district in this city, were shaken by tremors lasting a few minutes. In Argentina, on both sides of the Andes, dozens of towns and villages were jolted out of sleep. Soon, news began to trickle in. A massive earthquake measuring 8.3 on the Richter scale had struck about 44 km west of Illapel, a town about 200 km north of Santiago, the capital of Chile. Within a few minutes, nerve-wrecking videos were being shared on social media: buildings and bridges swaying from side to side, expensive wine bottles crashing on the floors of supermarkets packed with people, and men and women running out of their homes with their kids in their arms. Then, amid reports of the sea rising by about 10 to 15 feet, tsunami warnings were issued along the Pacific seaboard.

On Thursday morning, the region – and the whole world – was braced for reams of bad news from Chile. There was some bad news: hundreds of thousands of people without electricity, no drinking water in some cities and thousands of people, fearing after-shocks, sleeping in tents and more than one million people have been evacuated from coastal towns. But the good news – if it can be called good news – was that the number of casualties, considering the intensity of the quake, was very low: 8 dead, 1 missing.

An earthquake of 8.3 would have flattened cities, killed hundreds of thousands and scarred the land in many parts of the world, especially in the Indian subcontinent.

Just to put the Chilean quake – strongest of the year so far – in perspective, let’s look at the quake that struck Nepal in April. Measuring 7.8 (which means it released four times less energy than the one in Chile), the quake killed more than 10,000 people, injured 25,000, destroyed dozens of villages in the countryside, reduced Kathmandu’s historic sites to rubble, made hundreds of thousands of people homeless and even killed 78 people in India – from Bihar to Rajasthan. Five months later, Nepal is still struggling with the after-effects of the disaster.

This is not the first time that Chile has survived a great temblor with a minor scratch. In 2010, an earthquake measuring 8.8 struck just off the Chilean coast. The quake was so strong that it made Earth wobble by 33 feet on its axis. And yet, the toll was 600, with most of the victims killed by rising waves in coastal towns and villages. Of all the fatalities, only 30 occurred in buildings, many of which developed cracks but did not collapse. In comparison, the Bhuj earthquake of 2001, which was 7.7 on the Richter scale and so almost 100 times less powerful than Chile’s 2010 quake, had killed more 100,000 people.

Every time a quake strikes a part of the subcontinent, it’s generally described as “nature’s fury” or “tragedy” and its victims labelled as “ill-fated” people. It’s not that the Chileans survive major tremors because they are luckier but because of the way they treat these natural disasters: with careful planning. Earthquakes can’t be predicted and there is no “earthquake-proof” architecture. And yet, if there’s a secret to Chile’s survival techniques, it’s in the country’s building codes, which have been strictly implemented since an earthquake measuring 9.5 hit the country in 1960.

After that quake, the strongest ever recorded, left more than 5,000 people dead, the Chilean government began to pay more attention to its seismic design codes, which have been in practice since the 1930s for all new buildings. In 1993, the codes were revised to make them more effective.

On the other side of the Pacific, Japan, one of the world’s richest nations, has made tremendous progress in developing earthquake-resistant buildings, and Chile has learned a lot from the Asian country. But it has also developed its own unique construction technique, summarised as “strong columns and weak beams”. In this system, structures are held up by reinforced concrete columns strengthened by a steel frame, and reinforced concrete beams are joined onto the columns to make floors and the roof. When there is an earthquake, the concrete on the beams breaks and dissipates a lot of the energy, but the columns stay standing and the building doesn’t fall. When hit by waves of energy coming from below the ground on which they stand, the buildings sway but do not break.

Not just that, after every major quake, data is collected and building codes are revised or updated. In Chile, the building code saves people. In the subcontinent and other parts of the world, a lack of building codes kills people. In Nepal, it was the complete lack of building-code enforcement that made the country vulnerable to such enormous tragedy. “In a place like Kathmandu, a new building pops up every day which has not been built to code,” Robert Piper, a former resident coordinator for the United Nations in Nepal, told Reuters in 2011. “Buildings kill people, not earthquakes.”

But it’s not just building codes that make Chile, one of the most seismically active places in the world, handle earthquakes better. In recent years, the South American country has spent millions of dollars on upgrading codes as well, installing seismographs and creating national warning and evacuation procedures. After the 2010 quake, in fact, a large portion of the victims were swallowed by an unanticipated tsunami. On September 16, as a tsunami was flooding some coastal areas, the government managed to issue a warning and more than a million people were evacuated in no time. In one coastal town, just one person went missing.

On Thursday, September 17, the head of the United Nations Office for Disaster Risk Reduction praised the Chilean government’s successful efforts to reduce disaster risk and minimise the number of casualties from the 8.3-magnitude earthquake. “Chile’s investment in resilient infrastructure, early warning systems and urban planning have ensured that casualties have been low on this occasion despite the intensity of the earthquake,” the office said in a statement.

Shobhan Saxena is Brazil-based journalist who reports on South America and writes on international affairs.