The Union Environment Ministry has defined what constitutes a forest under the Forest Conservation Act 1980 (FCA). 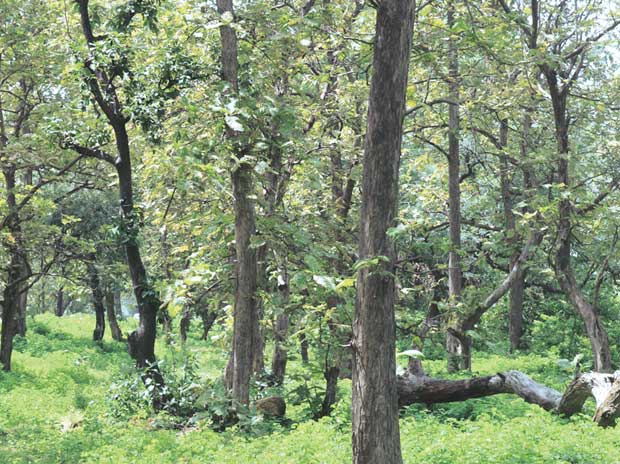 In a move that is expected to have far-reaching consequences for protection of forests while ensuring ease of doing business for mining sector, realty sector and industry, the Union environment ministry has defined what constitutes a forest under the Forest Conservation Act 1980 (FCA).

The legal definition, pending since 2006, will help in identifying areas where development and industrial activity can take place without statutory clearances under the FCA. At the same time, clearances, compensatory afforestation and payment of levies would be compulsory for the areas now defined as forests.

So far, while the FCA laid down the provisions for protection of forests, it did not define a forest. Different classifications of land in various states as well as messy revenue and forest records caused poor implementation of the FCA, often leading to litigations over thousands of hectares of land across the country.

In the National Capital Region (NCR) and nearby districts of Haryana, real estate and mining industries have constantly had to deal with this ambiguity about forests in Aravalli hills. Most of these disputes were over the difference between what was recorded as forest in the state land records and the definition under an order of the Supreme Court.

Following a 2006 order of the Supreme Court, all state governments were required to identify forests as per dictionary meaning of the word, apart from lands which were demarcated in records as forest.

But this did not happen, forcing the apex court to reiterate the need for a clear definition of forest land from the Centre.

Union environment minister Prakash Javadekar gave in-principle clearance for the definition after which a draft notification has been prepared and is pending finalisation. This comes as an amended and partially-diluted version of the first definition which was drafted by the ministry in consultation with states in 2014.

“This process started before I came in. I have approved a good note and stand for them (the ministry officials who prepared the draft). There are some issues but we shall protect all forests,” said Javadekar. “This is not final as yet. But we will not reduce any forest areas,” he added.

The new definition classifies states in two different ways. One is the states where cadastral surveys were completed before the FCA came in to being and land records were settled for the entire state. Another is the states where this process was not completed and confusion remains over what is forest land.

In the first category of states the definition of forests covers not only areas recorded as forests but also those classified as forests under various state laws and land classification systems, such as chote jhad ke jungle, bani, oran, civil soyam land etc. Areas that are identified in state records by geographical features such as gair mumkin pahar, ravines, nala etc. too would be considered as forests, with caveats for identifying healthy forest patches. This would cover areas like Aravallis where some forests remain. Mangroves, alpine meadows and montane bamboo brakes would also get defined as forests.

In the second category of states, apart from the areas identified through the process meant for the first category, more areas are to be brought under the ambit of forest laws. For this purpose, such states are further classified in two categories.

In states where the forest cover as well as the recorded forest area is less than one-third of geographical area, land patches having 10 per cent crown density will also be defined as forests. This will be done only if 70 per cent of these patches have natural forests (not plantations). For areas that are not adjoining existing declared forests, this would be done only for plots bigger than five hectares.

In states where either the forest cover or the already-demarcated forestland is above one-third of the geographical area, patches of lands that have more than 40 per cent crown density would additionally be designated as forest.

Following the national forest policy, which recommends a higher forest cover in hill districts, the cut-off for identifying additional forests under the law has been kept at two-third of the geographical areas.

The final definition marks some dilutions from the previous draft, which was circulated in 2014 after a meeting between states and Centre. In that definition, even scrub forests with densities lower than 10 per cent were to be protected in states with low forest cover. This has now been done away with.

But to protect private plantation growers, it has been ensured that only large patches (upwards of five hectares), with more than 70 per cent natural forests, gets covered under the FCA. The draft notification makes it clear that where people have planted trees on their own the definition would not apply to ensure plantations are encouraged and the Green India Mission is not hobbled. The ministry is also nearing the finalisation of a radical afforestation policy in PPP mode – something that all previous Union governments have shied away from.

In cases where disputes still arise about actual demarcation of lands based on the new definition, the matter will be finally decided by the central government, the draft notification says.