The COP26 climate talks were supposed to end at 6 pm local time on Friday, but are still going on as negotiators work to secure an important deal. 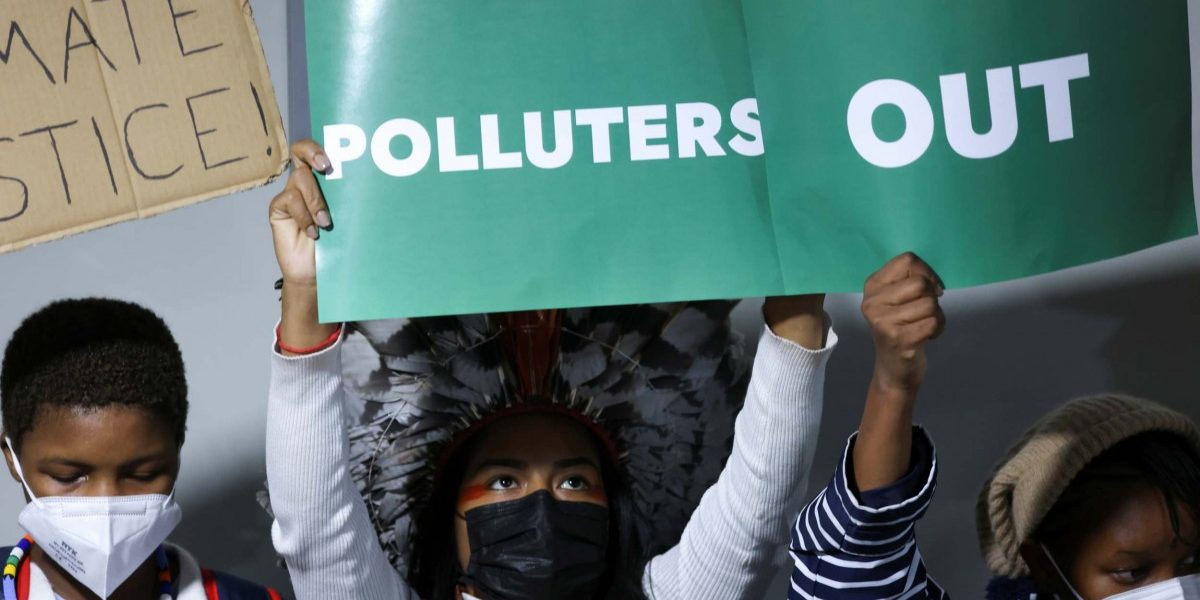 Glasgow: At about 4 pm local time, an astute watcher shared an image of a table on Twitter showing how soon each edition of the UN’s flagship climate talks had ended relative to the official deadline. By Saturday morning, COP26 – the 26th edition of the talks – had already started climbing through the list.

At the event venue, almost everyone seemed to agree that the negotiations for a climate deal would stretch well past the deadline – contrary to event president Alok Sharma’s insistence that they’d end by 6 pm on Friday. It’s possible Sharma himself didn’t believe it.

The 197 parties – 196 countries plus the European Union – to the Paris Agreement, which was drafted at COP21 in 2015, were locked in tense negotiations over multiple small details, in line with COP26’s billing as the “last chance to save the planet” from climate catastrophe.

Once ready, the climate deal is expected to be able to determine how different countries will implement their commitments under the Paris Agreement, towards meeting the agreement’s ultimate goal: to keep Earth’s surface from warming by more than 2º C over pre-industrial levels, by 2100.

“This is our collective moment in history. We have made a lot of progress, but the text is still not completely clean and we need pragmatic solutions,” Sharma said at a late afternoon plenary session. “We need a final injection of can-do spirit.”

A draft text of the deal appeared early Friday morning with no consensus on major sticking points.

COP is short for ‘Conference of the Parties’, to the UN Framework Convention on Climate Change (FCCC). And under the FCCC’s rules, any ‘final text’ must be acceptable to all parties.

“It is a tedious process which involves different parties working on different parts of the text,” a veteran negotiator from a developing nation told The Wire Science. “Then finally we have to ensure that each part is acceptable to all parties. That’s why it takes time.”

Perhaps the biggest bone of contention at Glasgow is climate finance – a chord that India also plucked at recently.

Under the Paris Agreement, developed nations promise to give $100 billion a year to developing nations from 2020, to help the latter deal with the effects of the climate crisis. But the former missed the deadline, and the draft text that emerged on Friday expressed “deep regret” for it.

India’s lead negotiator at COP26, Richa Sharma, highlighted the lack of progress on climate finance when she delivered India’s statement on Friday:

“The outcomes of COP26 must reflect the urgency in scaling up finance and other means of implementation support to developing countries. We express our disappointment at the lack of significant progress in climate finance-related agenda items.”

Developing nations are holding out for greater financial commitments to pay for the loss and damages they have suffered. India and other countries, through their negotiators (as well as Prime Minister Narendra Modi), have a figure of $1 trillion. Developed nations have resisted the idea, however.

It’s also not clear what ‘climate finance’ constitutes. Developing nations have contended that only government-to-government grants should count, but developed world want the definition to include private finance (i.e. company to company) as well.

Fortunately, there has been more progress on the climate adaptation and ‘loss and damage’ fronts. In fact, COP26 has become the first time the ‘final text’ included a reference to ‘loss and damage’ – the social and economic costs of climate change’s deleterious effects. (Then again, it remains possible that the text could change in the final draft.)

It “urges” developed nations to offer “enhanced and additional support” for loss and damage, as well as technical assistance. It also acknowledges developing countries’ demands to double of adaptation finance by 2025 and to balance mitigation and adaptation efforts.

Right now, about a fourth of all climate finance are directed at adaptation.

“If you see the text it includes ambitious and relatively stronger language on mitigation. But on finance and adaptation, the language is weak,” the lead negotiator for a developing country in Africa said. “So if you look at the document holistically, it appears unbalanced.”

The text stressed on the importance of staying within 1.5º C of warming – a key focus area of the COP presidency as well as the ‘ideal’ outcome under the Paris Agreement.

To this end, the text focuses on scaling up cleaner power sources, and being unambiguous about phasing out “unabated coal power” and subsides for fossil fuels.

Aside from payments, another finance-related part of the mechanism to enforce the Paris Agreement remains unresolved: carbon markets.

A previous meeting in Madrid that focused on this topic ended in failure after country leaders and negotiators were unable to agree on the nature and structure of the markets.

A key sticking point is ensuring that carbon credits are not ‘double counted’ – i.e. once a country has sold carbon credits to another, it must be not able to count them against its own emissions.

Another is the demand of developing nations that a specific fraction of the value transacted while buying and selling carbon credits is diverted into a fund to pay for adaptation efforts.

So far, the parties to the Paris Agreement haven’t been able to agree on these two points. She may not have been referring to this directly, but Swedish climate activist Greta Thunberg summed up the future: “There is still a very, very long way to go.”