Even at this very late stage, debates still rage in closed-off negotiating rooms while a very sleep deprived civil society tries to make its voice heard. 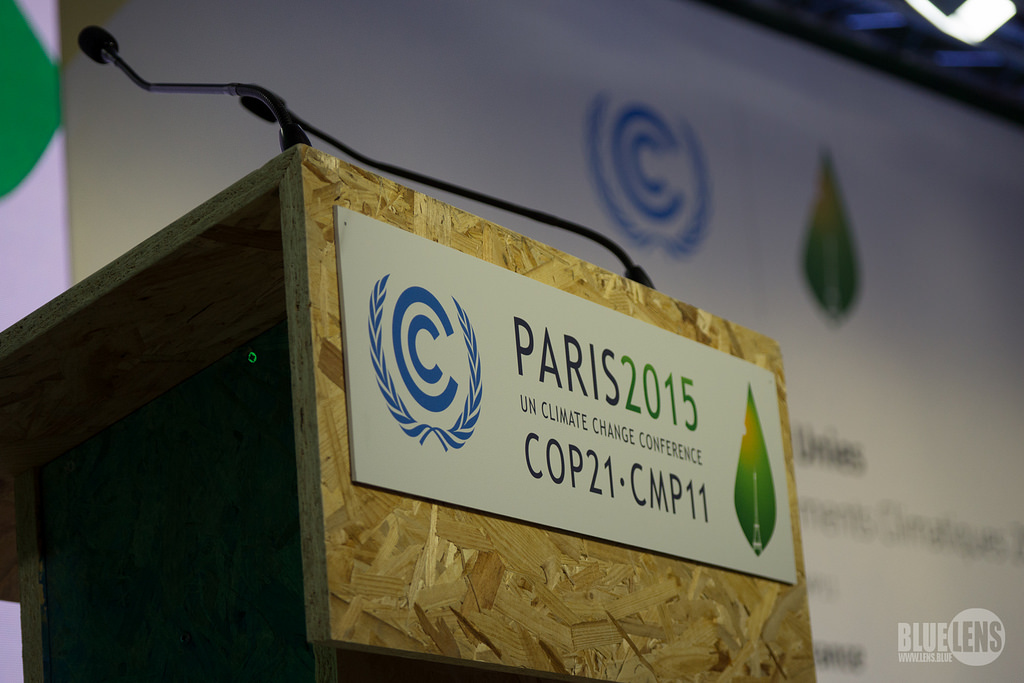 Clauses that were fought hard for have been dropped while others persist in watered down versions, but negotiators and civil society are still at it. Credit: Mark Dixon/Flickr, CC BY 2.0

All through Friday, meeting rooms at Le Bourget have been full to capacity as organisations hold panel discussions dissecting and critiquing the latest (and near last) draft agreement at COP21. A panel of climate scientists found themselves with a room so full that people were sitting on the floor, leaning close to catch every word. Even at this very late stage, debates still rage in closed-off negotiating rooms while a very sleep deprived civil society tries to make its voice heard.

It’s not at all easy. Many of the points that civil society and negotiators alike have been fighting for seem to be off the table, while other points now sit in watered down language. Friday afternoon, Harjeet Singh of ActionAid explained that loss and damage, a section that addresses for example how to deal with climate refugees, now comes with a caveat that takes away the right to liability and compensation – i.e., the right to sue those responsible. Kevin Anderson of the University of Manchester was critical of the lack of attention given to the science in the document – no mention of fossil fuels, he said, and no accounting for emissions from aviation and the shipping industry.

The carbon budget idea floated by several countries, including India, appears to be gone from the debate – although many still agree that the bottom-up approach of the INDCs (Intended Nationally Determined Contributions) has not worked very well, given that the sum of how much each country wants to emit is considerably more than how much we all actually can emit and keep the planet liveable.

One marked change in Thursday night’s draft was that human rights are now out of the purpose section of the text – a section that denotes the purpose of the agreement, and lost its reference to the health of natural ecosystems last week. That section has been whittled down, progressively: from a list of rights contained under human rights (indigenous people’s rights, gender equality, intergenerational rights, food security and others), finally only the phrase “human rights” had been retained, until Thursday. Last week, the United States, Norway and Saudi Arabia were reportedly trying to move human rights to the preamble, and it seems that they succeeded.

Ideally, such an excision should be inconsequential. We are all guaranteed human rights under the Universal Declaration of Human Rights, whose 67th anniversary was incidentally on Thursday – leading to a day of panels on human rights and climate change on the very day that human rights were demoted in the Paris draft. But in this document, words matter – placement matters – and what you put where shows priorities that will matter for years to come.

Jannie Staffanson, at COP21 as a representative of the climate-vulnerable indigenous Sami people of northern Scandinavia, put it more bluntly on Friday evening: “How can the purpose of these negotiations not be people?” she said.

Staffanson spoke of why people matter in the context of climate change, detailing the floods and avalanches her people already face in the swiftly warming Arctic regions. Stretching across multiple national boundaries, the Sami have been frustrated at their lack of national representation in these negotiations. “We are the persons who are dying,” she said. “How can our voices be silenced multiple times?”

Mexico has spearheaded an effort to get “strong references” to human rights, gender equality and the rights of indigenous people back into the Paris Agreement, having drafted a letter to that effect on Thursday night co-signed by Canada, Chile, Costa Rica, the EU, Guatemala, Peru and the Philippines, as well as 250 organisations including Amnesty International and the Sierra Club. Given that the draft is due to be finalised on Saturday, we will have to wait until then to see if the letter is taken into account.

Staffanson’s question was an apt one: indeed, how can the purpose of these negotiations not be people? We combat climate change for the sake of living things, presumably: for the sake of the vulnerable, the voiceless, the already suffering.

If these are not the purposes that drive these negotiations, then what is? That seems to be an open question. I was told by Kumi Naidoo of Greenpeace on Friday that the sessions that involved the cutting of human rights were closed, and so we do not actually know what the arguments were. But again, we will have to wait until Saturday for the final result.

At the end of the day on Friday, I spoke with one more woman who has come to Paris to broadcast the human cost of climate change and seek solutions. Thandiwe Chidavarume travelled to Paris from Zimbabwe with the Rural Women’s Assembly of southern Africa. She and others from her organisation came to speak with negotiators at COP21 about the effects that climate change-related drought are having on small farmers like herself. They planned a meeting on Friday in the so-called “green zone” of COP21 – where you don’t need a pass to go – and invited negotiators to hear their stories and open a dialogue. Chidavarume told me that not a single negotiator came. The women ended up just telling their stories to each other.

By the Arc de Triomphe

And later on, Chidavarume told her story to me. She and other smallholder women farmers in Zimbabwe want to keep using indigenous seeds rather than purchase seeds from Monsanto, she said. They prefer not to “poison the earth” with chemical fertilisers and pesticides. But drought is making their lives and choices difficult. “Every year when we put [indigenous seeds] on the ground we are hoping to harvest them, but due to the drought caused by climate change we are not harvesting,” she said. “Our indigenous seeds, they are now vanishing from the earth.” Dams have been suggested to store water during drought, but Chidavarume sees that as a solution that makes farmers more vulnerable by threatening displacement.

And so she came with the Rural Women’s Assembly to Paris. “We were hoping to see solutions [in Paris] which are favourable, which are in harmony with the Mother Earth,” she said. “We want a reduction in terms of emissions. We want a concrete agreement, an agreement that is legally binding. An agreement that will force the polluters to stop. An agreement that will force the polluters to come up with mitigation strategies.” She and her group were hoping for progress on the Green Climate Fund to aid projects in developing countries, but although there has been progress, finance remains one of the most contentious topics in the negotiations.

On Saturday, more than ten thousand members of civil society are expected to “rise,” as Staffanson urged, by the Arc de Triomphe in Paris, pushing for the world to keep the large portion of its fossil fuel reserves in the ground. They will do so as negotiators continue to debate, and perhaps in those closed-off halls some part of their voice will be heard.